Hollyoaks:
Spoiler alert: Darren is shocked when Seamus’ horse wins. With Seamus dead and Darren holding the winning ticket, he is conflicted about what to do.

Sienna and Dodger are shocked as they absorb the disturbing truth about their childhood. Ste, who is more alone than ever, pushes them to give him answers but they aren’t sure they can trust him with the truth about their sordid past.

Home and Away:
Spoiler alert: Romeo has even more to worry about than his cancer diagnosis as he and Indi prepare to ask a bank for a loan for their new business. Harvey offers to help them with their loan pitch and worries that they don’t have enough capital to convince the bank they would be a good investment. He’s right – the bank turns them down.

Marilyn arranges for Sheldon, the man responsible for Celia's gambling problems, to visit her at Summer Bay to help resolve her addiction. Alf isn’t happy at his arrival but Celia eventually convinces him it is the right thing for both of them. They can both get help for their gambling problems.

Neighbours:
Spoiler alert: Amber is devastated when she learns that her horse, Patches, has been sold but he suddenly turns up when Lou buys him for her! She's filled with guilt though because the main reason for her unhappiness is that she misses her boyfriend, not her horse. And Matt isn’t happy wondering who is going to pay for Peaches’ care.

Lauren tells Vanessa that they're having trouble finding somewhere to live and she suggests to Lucas that he could rent his home to the Turners.

Jack isn’t sure he can really trust Nolan or Emily again in Soaps.com’s Revenge recap: Illumination. Read our Celebrity News for the latest about Miley Cirus’ split from Liam Hemsworth. 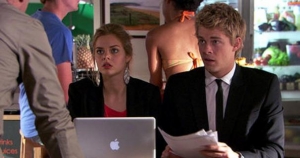 The fire could prove deadly on “Corrie.” Meanwhile, there was a special reunion on “Neighbours,” a runaway on “EastEnders,” a bit of guilt on “Emmerdale,” a family revelation on “Hollyoaks,” and possible help for an addiction on “Home and Away.” Stay in the know with British and Aussie soaps.

Coronation Street:
Spoiler alert: As The Rovers continues to burn, bystanders spot Karl and Stella inside and Toni makes his way in. When the fire brigade arrives, they find Sunita, unconscious, and drag her to the street just as an explosion rocks the area. Did everyone get out in time? And having heard about Gail’s housing predicament Kylie asks her to move back to No 8. She swears she loves David and will never cheat on him again.

Ex-“Corrie” star Tina O’Brien has become a drama teacher, setting up acting classes for children in Didsbury Manchester. Talking to DidsburyLife.com she said she was inspired by her 4-year-old daughter. “I felt that my daughter would benefit from attending a drama class to encourage confidence-building and self-esteem,” O’Brien said. The Drama Mob classes are for children age 4-11.

EastEnders:
Spoiler alert: Tanya is shocked to find Phil in her bedroom and even more shocked when he saunters into the kitchen in front of Cora and the girls. She is relieved to hear nothing happened between them and remembers that he had confessed to kissing Sharon. Tanya confronts Sharon, and although Sharon assures Tanya it’s over between her and Phil, she’s worried at their drinks party that Tanya will spill the beans.

When Whitney returns, Bianca explains that she’s had to lock Liam in his room because of the gang. Bianca leaves Whitney and Liam alone so she can seek advice from Ava, but when Bianca returns Liam has escaped!

Emmerdale:
Spoiler alert: Cameron tries to blackmail Declan when he can’t blackmail Charity anymore. And because Declan doesn’t want Katie to find out that he slept with Charity he pays the price to keep Cameron’s mouth shut. But when Declan tells Jai that Cameron’s blackmailing him, Jai realizes that’s why Charity confessed. The whole thing could prevent her from telling him about his son.

After a bout of nagging from Priya about the wedding brochure photos, David realizes he has feelings for Alicia and they go at it! 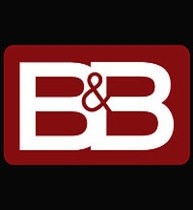