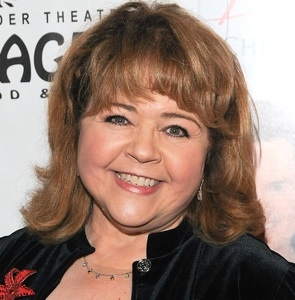 February saw a couple Daytime soaps putting out casting notices for new characters, an actor’s sibling playing a younger version of himself and many familiar faces returning to the characters they made so popular. Keep up with all the casting ins and outs in the Daytime world.

The Bold And The Beautiful:
There weren’t any casting changes regarding the main players in February. However, the fictional world of L.A. did see Stephanie Wang recurring once again as Madison and Luca Calvani returning as Father Fontana. Renee Brna and Kathryn Taylor also appeared as a Spencer employee and Forrester employee respectively. In addition, this past month welcomed a former “Survivor” contestant. Find out who in The Bold and the Beautiful Comings and Goings.

Days of our Lives:
The NBC soap put out a few casting notices last month looking for two Caucasian bad teens to begin airing in April or May, a gun store salesman to air in March, a hot Caucasian woman at a bar to air in March and a dangerous looking Caucasian prisoner, possibly with a shaved head, to air in March. Those who have recently been cast include Ken Colquitt as Seth Burns, to air in April, and Patrika Darbo, who will finally reappear as Nancy on March 3. In a fun twist, one contract player’s younger brother portrayed his character at 14-years-old in a flashback. Go to the Days of our Lives Comings and Goings to find out who the siblings were.

General Hospital:
This past month was a busy one in Port Charles. To begin with, Jack Wagner (Frisco), Genie Francis (Laura) and Kin Shriner (Scotty) reprised their roles after many years away. Then, announcements were made that Jackyln Zeman (Bobbie) and Rick Springfield (Noah) are on their way back. And while Julie Marie Berman announced she was leaving the role of Lulu Spencer, speculation swirled over two more fan favorites returning for the 50th anniversary. Get the names of the possible returnees in the General Hospital Comings and Goings.

The Young And The Restless:
Genoa City is looking to welcome some new blood to the fold in the form of a wealthy, preppy twenty-something and four-year-old twins to play Charlie and Matilda Ashby. Marcy Rylan returned as Abby Newman on a recurring basis and Jerry Douglas made yet another ghostly appearance as John Abbott. It was also revealed that Jessica Heap will be leaving the role of Eden Baldwin, but good news came in the form of a popular vet reprising her role. Get the scoop in The Young and the Restless Comings and Goings.

The network soaps aren't the only ones giving the revolving door a workout. Get the latest AMC and OLTL online casting info and then read which of your favorite actors and actresses received pre-nominations for the Daytime Emmy Awards.

Weekly Soap Debate: Who's The Daddy...