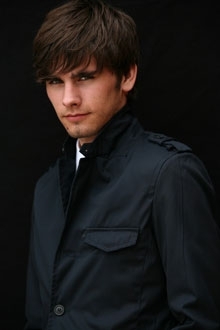 Soaps.com’s February interviews had one “Days of our Lives” actress sharing how it felt to return to Salem, and a “The Young And The Restless” newcomer talking about his first Daytime role as a bad boy – a role he likes to play…

In our “Days of our Lives” Interview with Nadia Bjorlin the actress explained to Hollie Deese how Chloe and Nicole’s (Arianne Zucker) friendship still seems to work – even after Nicole fell in love with her best friend’s guy. “At this point they have this dysfunctional friendship. I think Chloe has every right in the world to be upset with Nicole and I am really glad they touch on that, because when Chloe leaves there is this whole story with Nicole and Daniel and how she falls in love with him. And in any universe that would not be cool if your best friend was going after the love of your life, even if it didn’t work out. You should put your friendship ahead of that, and I am glad that is touched upon, but their friendship is not going to be the same. It is broken and dysfunctional, but at the same time there is this deep love for each other.”

Soaps.com Editor-In-Chief Christine Fix talked with the actor who appeared as “The Young And The Restless'” latest drug dealer, Kieran Donnelly. In our Interview with Daniel Romer the actor shared what it was like to play the bad boy. “Just reading the character description I was interested. I have had the pleasure to play the bad boy a few times and I truly enjoy it. I did not know the back story on Kieran going in to the audition, all I knew was that Kieran was a dealer who was selling to Jack [Peter Bergman]. I didn’t want to play the stereotypical ‘heavy breathing, back ally’ version. Instead, I chose to play the guy that you see and talk to everyday and never have a clue.”