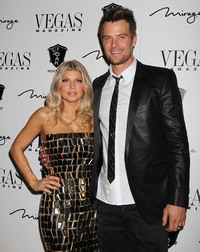 Each Tuesday readers can look forward to a new digest posted in the “All My Children” and “One Life To Live” news rooms on Soaps.com. Both will contain weekly scoops regarding the current and former Pine Valley and Llanview actors. Here are some of the features of the week…

“All My Children” alum Josh Duhamel (ex-Leo) and wife Fergie made a big announcement, Sam Page (ex-Trey) has a new Primetime gig, and is Julia Barr heading back to Pine Valley as Brooke? All that and more in our All My Children Soap Digest.

“One Life To Live’s” Kassie DePaiva talks about the possible lack of Llanview actors on this year’s Emmy pre-nominations list, Amanda Setton’s (ex-Kimberly) new series has a premiere date, and watch Tuc Watkins (David) in Primetime – plus more in our latest One Life To Live Soap Digest.

Find out whether or not Michael E. Knight will return to Pine Valley as Tad through last week’s After The Soap Finales: Where Are They Now then vote which soap has the best on-again, off-again couples through our Weekly Soap Debate: Breakups and Makeups.