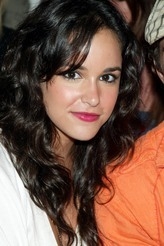 Each Tuesday readers can look forward to a new digest posted in the “All My Children” and “One Life To Live” news rooms on Soaps.com. Both will contain weekly scoops regarding the current and former Pine Valley and Llanview actors. Here are some of the features of the week…

Two popular “All My Children” actors will appear briefly in Prospect Park’s reboot, Michael E. Knight (ex-Tad) can’t return quite yet, and Jordi Vilasuso (Griffin) has launched his new site – plus more in our All My Children Soap Digest.

Former “One Life To Live’s” Melissa Fumero (ex-Adriana) lands a lead pilot role, Kerry Butler (ex-Claudia) is back onstage, and Jason-Shane Scott (ex-Will) will be featured in a new app – plus more in our latest One Life To Live Soap Digest.

See photos of a former Llanview alum taking time out to honor our troops through last week’s After The Soap Finales: Where Are They Now then vote which soap has the best back from the dead storylines through our Weekly Soap Debate: Back From The Dead Storylines.