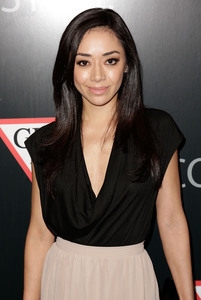 There is a lot going on in Primetime television during the week of February 11, as well as a few scoops for the weeks to come. This week’s Primetime Dish column highlights episode teasers, casting scoops, a ‘new kid’ in a popular zip code, series return dates, renewals, and one actor heads back to his CBS “How I Met Your Mother” role…

Arrow:
Manu Bennett (“The Hobbi: An Unexpected Journey”) guest stars in the CW’s February 13 8:00 PM episode titled “The Odyssey.” Wednesday Episode Teasers: Oliver turns to Felicity for help after his shooting. Diggle and Felicity team up to save Oliver’s life. Going in and out of consciousness, Oliver flashes back to an escape attempt with Slade Wilson (Bennett).

Banshee:
In Cinemax’s Friday February 15 10:00 PM episode titled “Wicks” memories are triggered for Lucas when an ex-con from his past passes through town, and Proctor goes to extreme measures when a reverend refuses to sell his home.

Beauty And The Beast:
In the CW’s Thursday February 14 9:00 PM episode titled “Trust No One” Cat and Vincent are unsure if they can trust Alex. Evan thinks Claire is hiding things. Heather falls for Joe’s brother Darius, and Vincent uses romantic Valentine’s Day gestures to win over Cat.

Dallas:
Christopher tries to connect someone to Tommy’s disappearance in the Monday February 11 episode titled “False Confessions.” Soaps.com posts recaps after each Monday episode. Until then find out what’s set to happen this season in our Dallas Spoilers.

Dexter:
Aimee Garcia, who has recurred on the Showtime series as Jamie Batista since 2011, has been promoted to a series regular. Look for season eight to premiere on Sunday June 30 at 9:00 PM.

Enlightened:
In HBO’s Sunday February 17 9:30 PM episode titled “All I Ever Wanted” after finding ‘gold’ in Szidon’s personal emails, Amy indulges in a daydream and lets down her guard with Jeff, but Levi’s abrupt return from rehab ends her dream.

Girl Meets World:
Casting continues for the upcoming Disney Channel series, and Sabrina Carpenter (“The Goodwin Games”) has been tapped next in line. Look for the actress to play Riley Matthew’s best friend Maya Fox. The series begins production this month.

Glee:
As a reminder, Soaps.com covers the goings on at McKinley High. Tune in each Thursday and read our Glee Weekly Recaps, which are posted after the show airs. Take a look at this Glee Spoiler Video of Thursday's February 7 episode titled "Diva."

Hannibal:
Ellen Muth ("Dead Like Me") will guest star as Georgia in the upcoming NBC series. Stay tuned for a premiere date.

How I Met Your Mother:
Kyle MacLachlan ("Portlandia") will make a return to the CBS series. He was last seen as The Caption in 2011 and will appear in the Monday February 18 episode at 8:00 PM.

Men At Work:
The TBS series returns with season two at 10:00 PM on Thursday April 4. Watch a preview of the new season below.

NCIS:
Renewed! CBS has renewed its hit series for an eleventh season. Fans can expect Mark Harmon to stick around as Special Agent Jethro Gibbs as well. Tune in Tuesdays at 8:00 PM.

Revenge:
Watch the Revenge Spoiler Video: Union for a look into the Sunday February 10 9:00 PM episode, where someone makes the ultimate sacrifice for Emily.

Rizzoli & Isles:
Production for season four of the TNT drama has already begun with fifteen new episodes set to air this summer.

Supernatural
The tablet is deciphered in the CW's February 13 9:00 PM episode titled "Trial And Error." Wednesday Episode Teasers: Kevin figures out how to close the gates of Hell and tells Sam and Dean that one person must face a series of three tests designed by God. Sam and Dean argue over who should go to task, with the first test being to kill a hellhound.

The Carrie Diaries:
In the CW's Monday February 11 8:00 PM episode titled "Dangerous Territory" an old friend invites Carrie to his mother’s dinner in Manhattan. Sebastian is seen with another girl. Mouse asks Walt for help, regarding her sex life, in connection with her reunion with Seth. Maggie struggles with Donna and her friends over a favorite dinner spot, and Tom comes to a conclusion after losing his wedding ring. Watch a preview below.

The Office:
NBC has announced that its series will air its 200th and final episode on Thursday May 16 at 9:00 PM.

The Vampire Diaries:
Charlie Bewley ("The Twilight Saga") guest stars in the CW's Thursday February 14 8:00 PM episode titled "Down The Rabbit Hole." Visit our Vampire Diaries Spoilers to find out who Stefan talks to about the prospect of becoming human again and read Soaps.com's Vampire Diaries Weekly Recaps after each episode airs.

Under The Dome:
Aisha Hinds ("Cult," "True Blood") has been cast to play LA Attorney Carolyn Hill on the upcoming CBS series, which will premiere sometime this summer.

Visit our Soap Scoop: UK/Australia Edition to read who kidnaps who on "EastEnders" and "Coronation Street."