Girl Meets World:
Pilot pick-up! Rowan Blanchard ("Spy Kids") has landed the lead role as Cory and Topanga's daughter Riley. The pilot has officially been picked up by the Disney Channel.

Glee:
As a reminder, Soaps.com covers the goings on at McKinley High. Tune in each Thursday and read our Glee Weekly Recaps, which are posted after the show airs. Find out who considers baring it all in the Thursday January 31 9:00 PM episode through our Glee Spoilers: Naked.

Hart Of Dixie:
Discovering what's important is the theme in the CW's February 5 8:00 PM episode titled "Take Me Home, Country Roads." Tuesday Episode Teasers: George, who's watching Tansy's beloved dog, panics when the dog goes missing. Zoe spends some time with a new doctor, leaving Wade frustrated by their lack of alone time. Lemon and Magnolia work to get rid of Shelby before Brick can announce their relationship, and Lavon must clear the air with someone before moving forward with a new relationship of his own.

How I Met Your Mother:
CBS has renewed its series to move forward with season nine. However, it will be the last. Fans can expect all of the series regulars (Josh Radnor, Jason Segel, Cobie Smulders, Neil Patrick Harris and Alyson Hannigan) to take part during its final farewell - and to finally meet 'the mother'. Nina Tassler, President of CBS Entertainment, stated, "We are excited for Carter, Craig, Pam Fryman and this amazing cast to tell the final chapter and reveal television’s most mysterious mother to some of TV’s most passionate fans." Until then tune in Mondays at 8:00 PM.

New Girl:
Interview: Soaps.com sat in on a conference call with FOX series creator Elizabeth Meriwether. When asked what's to come in next week's Tuesday February 5 9:00 PM episode she shared, "Well, I guess, next’s week episode is obviously dealing with the fact that Jess is dating Sam. We pick up right where this episode left off. Sort of like a continuation of that night and it just obviously rocks Jess’s world and Nick starts freaking out about what he’s done and they both are just grappling with how they continue as friends the way they were. It’s not really something that’s easy for them to do, and it definitely pushes Jess into a place with Sam where she has to, I don’t know, deal with whether or not this really is something that she wants to be in. You know, if the relationship with Sam is really what she wants to do."

Nikita:
In the CW's Friday February 8 8:00 PM episode titled "Brave New World" Michael steps down as a field agent and resumes his role inside Division running Operations. Nikita sets out on a secret mission that takes her into dangerous territory after learning key information from Birkhoff, and Michael, Alex and Ryan follow Nikita, which causes far-reaching consequences for Division.

Perception:
Scott Wolf ("Party Of Five") has been cast in a season two recurring role as an Assistant US Attorney named Donnie. There's no word yet on when the TNT series returns.

Revenge:
Read our Revenge Spoilers: Union for a look into the upcoming ABC episode, which returns on Sunday February 10 at 9:00 PM. In casting news… Collins Pennie ("NCIS") will appear as Emily's foster brother Eli.

Revolution:
Annie Wersching ("Dallas") will appear in a guest-starring role as Emma, the first love of one character and the object of another's affection. The series returns to NBC from hiatus with episode eleven on March 25 at 10:00 PM. Wersching will turn up on episode fifteen.

Smash:
Jaime Cepero will return for season two to play Ellis Boyd, a role he's played since February 2012. The question is... Will he be in the present or in flashbacks of the past? Tune in for the two-hour premiere on Tuesday February 5 at 9:00 PM on NBC.

Supernatural
In Wednesday's February 6 9:00 PM CW episode titled "Everybody Hates Hitler" Sam and Dean look into the death of Rabbi Bass but are confused to learn the Rabbi was researching Nazi Necromancers. Golem, the Rabbi’s grandson, attacks Sam and Dean, as lives are put in danger.

The Carrie Diaries:
Many are put in uncomfortable situations on the CW's February 4 8:00 PM episode titled "Fright Night." Monday Episode Teasers: After Larissa invites Carrie to a Halloween party, Carrie extends an invitation to Walt to keep her company. Maggie and Mouse set out to keep tabs on Sebastian, and Doritt is caught sneaking out of the house but finds her father isn't so bad to hang around with after all. This episode will repeat on Friday February 8 at 9:00 PM. Watch a preview below.

The Following:
Interview! Soaps.com sat in on a conference call with Kevin Bacon, who plays Ryan Hardy on the FOX series. When asked what made Bacon go from a film career to Primetime he stated, "I had been looking for a television series for a long time and trying to get my head around it. My initial call, if you will, to my representatives was probably three or four years ago." Why should fans watch the new series? "It’ll keep you on the edge of your seat," Bacon assured. "It will shock you and surprise you, and hopefully you will get drawn into not only what’s going on plot-wise, but also what’s going on emotionally with these characters that you’ll want to come back the next week to see where things go." Tune in Fridays at 9:00 PM.

The Office:
Steve Carell will not be returning for the NBC finale as Michael Scott. The actor told "Access Hollywood" that he didn't feel it would be right character-wise but plans to return to the studio to say a final goodbye to the cast. In casting news... Roseanne Barr ("Roseanne") will begin shooting for an upcoming guest appearance as a talent agent named Carla, who will share scenes with Andy (Ed Helms).

Under The Dome:
Britt Robertson, who starred as Cassie Blake in the now defunct CW series "The Secret Circle," will play a waitress named Angie in the upcoming drama based on Stephen King’s 2009 novel. Jolene Purdy ("Raising Hope") has also been cast to play engineer Dodee, and Nicholas Strong ("Nashville") will play a radio DJ named Phil. There is no word yet when to expect the 13-episode season to air.

Visit our Soap Scoop: UK/Australia Edition to find out who's in critical condition after a suicide attempt on "Hollyoaks." 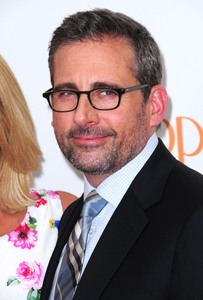 There is a lot going on in Primetime television during the week of February 4, as well as a few scoops for the weeks to come. This week’s Primetime Dish column highlights episode teasers, big casting scoops, whether or not Steve Carell will be returning for “The Office” finale, renewals, a sneak peek into a new A&E series, a final farewell for a longtime running CBS series, and an interview with Kevin Bacon on his new show…

90210:
A decision must be made in the CW’s Monday February 4 9:00 PM episode titled “Here Comes Honey Bye Bye.” Monday Episode Teasers: Max and Naomi visit a marriage counselor to determine if their relationship is worth saving. Teddy has some terms for Silver, who wants a chance to have a baby. Liam’s celebrity status helps Navid get into an elite secret society, and Annie races off to tell Riley her true feelings.

Arrow:
David Anders (“Once Upon A Time,” “The Vampire Diaries”) guest stars in the CW’s February 6 8:00 PM episode titled “Betrayal.” Wednesday Episode Teasers: Criminal Cyrus Vanch (Anders) plans to re-secure his leadership of the underworld after his release from prison. Arrow better watch out because Cyrus plans to take him down along the way. Oliver questions Moira about the names in his father’s notebook. Thea’s internship with Laurel leaves her feeling miserable, and Detective Lance makes a deadly mistake.

Banshee:
Renewed! Cinemax has green-lighted its action series for another season. Look for season two to premiere in 2014. For now, in Friday’s February 8 10:00 PM episode titled “The Kindred” Lucas and Siobahn spring into action when a band of raiding bikers crashes the annual Banshee Spirit Festival. FBI agent Xavier arrives to monitor the situation surrounding Lucas losing his key witness against Proctor, and Rebecca finds comfort in the sheriff.

Bates Motel:
Here’s your first look at the upcoming A&E series, which premieres on Monday March 18 at 10:00 PM.

Beauty And The Beast:
Risks are taken to keep someone safe in the CW’s February 7 9:00 PM episode titled “Cold Turkey.” Thursday Episode Teasers: Cat interrupts Muirfield romantic getaway with Alex in order to save all of their lives, and Evan becomes increasingly suspicious of J.T. after finding a bug in his lab.

Cougar Town:
In Tuesday’s February 5 TBS 10:00 PM episode titled “Runnin’ Down A Dream” Jules realizes she no longer wants to be in real estate. Bobby recognizes that his dream job is selling burgers from a truck, which gives Ellie the perfect opportunity to be rude to strangers.

Dallas:
Ann takes action against Ryland in Monday’s February 4 episode titled “Sins Of The Father.” Soaps.com posts recaps after each Monday episode airs. Find out what’s set to happen this season in our Dallas Spoilers.

Emily Owens, M.D.:
Choices have to be made in the CW’s February 5 9:00 PM episode titled “Emily And… The Leap.” Tuesday Episode Teasers: Will becomes jealous over Emily and Micah’s impending relationship. A personality change may be the cause of a woman’s hoarding situation involving way too many cats. Will misdiagnoses a patient while distracted by Cassandra, and Micah’s sister arrives in town after finding out the truth about their mother.

Enlightened:
In HBO’s Sunday February 10 9:30 PM episode titled “The Ghost Is Seen” Amy, Tyler and Dougie try to dig up dirt on Szidon. Eileen is at the center of interest, and Tyler feels guilty when he starts dating someone new.

Entourage:
Though the HBO series wrapped up its eighth season back on September 11, 2011, Warner Bros. will go ahead with a motion picture follow-up. Stay tuned for its release date. 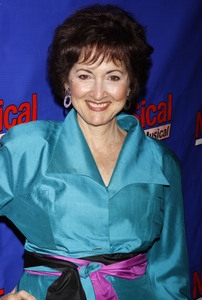 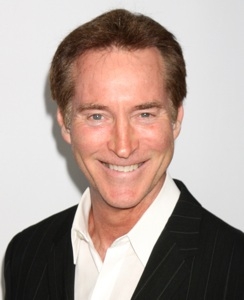