Hart Of Dixie:
There's a lockdown in the CW's January 29 8:00 PM episode titled "Lovesick Blues." Tuesday Episode Teasers: Zoe puts BlueBell on lockdown when word arrives from the Health Department about a flu epidemic heading towards town. Zoe becomes jealous when Wade is forced to stay at his ex-girlfriend's house. Lemon begins to feel under the weather, which puts a damper on what was to be the perfect night with Walt. While George is roped into directing Lavon’s tourism commercial, Lavon becomes preoccupied with his co-star.

Hawaii Five-0:
Aisha Tyler ("The Talk" co-host) will make a guest appearance on the CBS series later this season. We will bring readers details when they are announced at a later date.

Mad Men:
AMC has released its series premiere date for season six. Tune in for the two hour return on Sunday April 7 at 9:00 PM.

Nikita:
In the CW's Friday February 1 8:00 PM episode titled "Survival Instincts" Ryan dispatches the team after a rogue agent named Ray kidnaps his girlfriend Kate. Nikita wonders why Michael sends Owen into the field instead of going himself, and Sean reaches a decision in regards to Alex.

Revenge:
Find out who realizes he's been played on last Sunday's episode through our Revenge Recap then tune in each Sunday for more recaps after the show airs. Also, view our Revenge News for spoilers and videos.

Supernatural
In the CW's Wednesday January 30 9:00 PM episode titled "As Time Goes By" A man claiming to be Henry Winchester, Sam and Dean's grandfather, appears and demands to know where John Winchester is. Henry explains that he has time-traveled and needs John's help in order to stop a demon, which leads Sam and Dean to learn more about their father and the Winchester blood line.

The Carrie Diaries:
Someone offers a penny for a certain someone elses' thoughts in the January 28 8:00 PM CW episode titled "Read Before Use." Monday Episode Teasers: Carrie uncovers some alarming information about Sebastian’s past while snooping through Tom’s work files. Sebastian is confronted by Carrie. Amidst dealing with her breakup from Walt, Maggie finds solace in Dorrit. After frequenting an outrageous New York City performance art club Larissa, Carrie, Mouse and Seth are left feeling self-conscious. This episode repeats on Friday February 1 at 9:00 PM. Watch a preview below.

The Client List:
Lifetime's hit series will return with season two on Sunday March 10 at 10:00 PM. Jennifer Love Hewitt (Riley) and Colin Egglesfield (Evan; ex-Josh "All My Children") star. If you'd like to own season one fans can pre-order the DVD on Amazon now before its release on February 26.

The Wire:
We are sad to report that Robert F. Chew, who played Joseph 'Proposition Joe' Stewart, on the HBO series passed away on January 17 of an apparent heart failure at the age of 52.

Touch:
The FOX series regular who plays Lucy Robbins has left the show. Sources say it was a mutual decision between actress Maria Bello and producers. Look for season two to return with a two-hour premiere on Friday February 8 at 8:00 PM

True Blood:
Jurnee Smollett ("The Defenders") has landed a series regular role with the HBO hit as Nicole. Amelia Rose Blaire ("Royal Pains") will also turn up in a recurring role as Willa. Look for the sixth season to premiere in June.

White Collar:
Matt Bomer, who plays Neal Caffrey, on the USA Network series has launched a clothing line, a collection of ties, bowties and pocket squares, based off the show. Visit Gilt to view his line and tune in Tuesdays at 10:00 PM for the series.

Visit our Soap Scoop: UK/Australia Edition to find out how viewers can watch "Coronation Street" online. 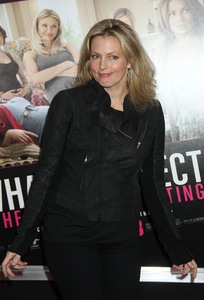 There is a lot going on in Primetime television during the week of January 28, as well as a few scoops for the weeks to come. This week’s Primetime Dish column highlights episode teasers, big casting scoops, a few much anticipated Lifetime premiere dates, whether or not a “Fringe” actor took a memento from the set, and an accident that landed an actress and a stuntman in the hospital…

90210:
In the CW’s Monday January 28 9:00 PM episode titled “We’re Not Not In Kansas Anymore” Annie has a clear vision of what her life would have been like had she not left Kansas, including being engaged to her high school sweetheart. She envisions Dixon as a successful hip hop artist, who no longer talks to his family. Adrianna appears as a washed-up Hollywood actress and bad girl. Naomi is now a real estate agent, and Teddy keeps his true sexual orientation a secret. In casting news… Robin Givens (“Suburgatory”) will appear in a guest role as Cheryl, the mother of new characters Elizabeth (Keke Palmer, “Winx Club”) and Jordan (Robbie Jones, “Hellcats”).

Arrow:
In the CW’s Wednesday January 30 8:00 PM episode titled “Vertigo” Thea is caught using a drug called Vertigo and finds herself in trouble with the law. Oliver goes in search of the Vertigo dealer and turns to his old flame, who happens to be a Vice cop, for help. While Laurel defends Thea, Felicity gives Oliver disturbing news.

Banshee:
In Cinemax’s Friday February 1 10:00 PM episode titled “Half Deaf Is Better Than All Dead” as Lucas, Carrie and Job renew their partnership, a botched museum heist has unintended consequences. Proctor is arrested for Hanson’s murder, and Kendall is roughed up.

Beauty And The Beast:
In the CW’s Thursday January 31 9:00 PM episode titled “On Thin Ice” Vincent struggles with his new feelings for Cat and his old memories with Alex. J.T. must figure out how to stop Evan, who is planning to propose a task force to catch the beast. Tess investigates a mysterious death surrounding a billionaire adventurer’s wife, and Cat continues to recover from her gunshot wound.

Body Of Proof:
Though the ABC series was set to return with season three on February 5, due to President Obama’s State Of The Union address on February 12, it will now premiere at 10:00 PM on February 19.

Castle:
Last Friday, January 18, an accident on the set of the ABC series sent two to a local hospital. Guest star Karen David (“Touch”) was treated and released after she and a stuntman, who suffered a head injury, fell from a moving van. In casting news… James Brolin (“Blackout”) will appear during February Sweeps as Richard Castle’s (Nathan Fillion) father on February 18 and 25.

Cougar Town:
Ali Wentworth (“Head Case”) guest stars in TBS’ January 29 10:00 PM episode titled “I Should Have Known.” Tuesday Episode Teasers: The girls decide to investigate Tom’s new girlfriend (Wentworth). Bobby tries to improve Ellie’s table manners by going on a fake date with him, and Andy and Grayson rebel after getting fed up with the girls’ rules.

Dallas:
Battle lines are drawn when the series premieres on Monday January 28, and Soaps.com will again be writing recaps from each episode. Until then find out what’s set to happen this season in our Dallas Spoilers.

Emily Owens, M.D.:
Someone takes charge in the CW’s January 29 9:00 PM episode titled “Emily And… The Perfect Storm.” Tuesday Episode Teasers: During a winter storm, the hospital is flooded with bus crash victims, and Emily has to decide who gets treatment first. A Marine suddenly collapses and has to undergo an emergency skull procedure. Tyra and her father perform an emergency c-section together. Cassandra questions Will’s feelings for Emily, and Micah makes a brave decision in regards to his personal life. Watch a preview below.

Enlightened:
In HBO’s Saturday February 2 10:35 PM episode titled “Follow Me” Amy, wanting to use social media to spread her message of change, attends a gathering of liberal intellectuals, and Dougie has second thoughts about reporting who hacked into Abaddonn’s system to HR.

Franklin & Bash:
Heather Locklear (“Hot In Cleveland,” “Melrose Place”) will appear as a new partner in the law firm named Rachel King. Look for her to stick around during TNT’s upcoming season three as a regular player.

Fringe:
Interview! Soaps.com sat in on a conference call with Josh Jackson (“Dawson’s Creek”) who played Peter Bishop on the FOX series, which ended its run on January 18. When asked if he took anything from the set to remember the series Bishop stated, “People ask me that all the time and I don’t know; maybe I’m just not very imaginative, but it didn’t even cross my mind while I was there. So the answer sadly is no.”

Girls:
Renewed! HBO has renewed its hit series for another season. Until then… In Saturday’s February 2 10:05 PM episode titled “It’s A Shame About Ray” Hannah’s friends’ behavior doesn’t mesh with her celebratory dinner party. Marnie and Audrey get into it. Shoshanna realizes things have gone to the next level with Ray, and Jessa meets Thomas-John’s parents.

Glee:
As a reminder, Soaps.com covers the goings on at McKinley High. Tune in each Thursday and read our Glee Weekly Recaps, which are posted after the show airs. Read our Glee Spoilers: Naked for a look into Thursday’s January 31 episode.

Happy Endings:
Writer Andy Richter (“Hot In Cleveland”) will appear as Penny’s (Casey Wilson) father in the spring. The series airs Tuesdays at 9:00 PM on ABC. 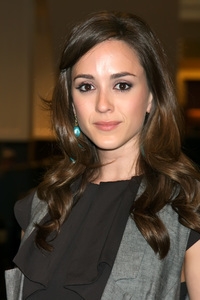 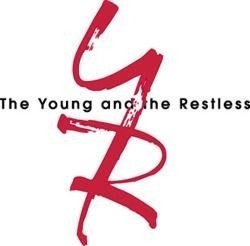