Nikita:
New episode! On Friday January 18 at 8:00 PM in the CW episode titled "Intersection" Birkhoff reveals to Nikita that Sonya is Amanda’s mole. Many plan to bring Amanda out of hiding, and Alex begs Michael not to tell Nikita about her drug use.

Once Upon A Time:
Michael Raymond-James ("True Blood") will be returning to the ABC series as Neal Cassady - and he'll be sticking around for a bit, taping episodes during the remainder of the season. Tune in Sundays at 8:00 PM. In other news, Rena Sofer ("Covert Affairs," "General Hospital") has been cast to play Snow White's mother for one episode in March.

Parades End:
HBO will debut a new mini-series exclusively beginning on February 26, 27 and 28 at 9:00 PM based off of Ford Madox Ford's groundbreaking novels. From Edwardian England to the First World War, the early 20th century was a defining era in history of unprecedented change when old beliefs were being torn down. However, the long afternoons of the pre-war years will never be the same due to the most destructive war the world has ever known, with many lives changed forever.

Person Of Interest:
Sarah Shahi ("Chicago Fire") will appear in the CBS series in a recurring role as Shaw. Tune in Thursday February 21 at 9:00 PM for her debut.

Revenge:
Did you miss last Sunday's winter premiere? If so read our Revenge Recap: Power then tune in each Sunday for more recaps after the show airs. In casting news... Burn Gorman ("Torchwood") will appear in a recurring role as Trask, a representative of the Americon Initiative.

Rules Of Engagement:
The CBS series returns for its seventh season on Monday February 4 at 8:30 PM.

Scandal:
Barry Bostwick ("Cougar Town") has been cast in season two to appear as Big Jerry, President Fitzgerald Grant’s (Tony Goldwyn) father. Look for the actor to turn up on Thursday January 17 at 10:00 PM on ABC.

Smash:
Julian Ovenden ("Any Human Heart") has been cast to play the role of Simon in a multi-episode arc. NBC will air a two-hour season premiere on Tuesday February 5 at 9:00 PM. Watch a preview of season two below.

Supernatural
On January 16 at 9:00 PM the CW will return with a new episode titled "Torn And Frayed." Wednesday Episode Teasers: Castiel must rescue an angel before Crowley finds out certain secrets. Dean is asked for help, and Amelia asks Sam to either stay with her or leave for good.

The Mindy Project:
Seth Rogan will guest star as Sam - Mindy's first kiss - on FOX's Tuesday February 19 9:30 PM episode titled "The One That Got Away." The spark from their teen romance reignites while Mindy and Sam reminisce about their time at Jewish summer camp. In other news, Ike Barinholtz (Morgan Tookers) has been bumped up to a series regular.

The Office:
The NBC series will wrap up for good with its ninth season sometime in May with a special one-hour send-off. Tune in Thursdays at 9:00 PM.

The Vampire Diaries:
The CW series returns with all new episodes on Thursday January 17 at 8:00 PM. Be sure to read Soaps.com's Vampire Diaries Weekly Recaps after each episode airs.

If it's strictly spoilers you're looking for view our Primetime TV Spoilers to find out what causes a robbery on "CSI: NY" then vote in Soap Opera Fan Blog's Soap Opera Polls, including one on "Y&R's" Daniel's departure from Genoa City. 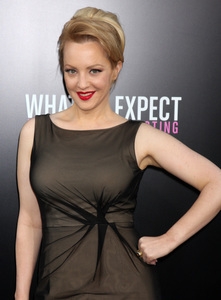 There is a lot going on in Primetime television during the week of January 14, as well as a few scoops for the weeks to come. This week’s Primetime Dish column highlights episode teasers, big casting scoops, new winter return episodes, an interview with a “New Girl” actor, and a few video previews of who and what’s to come…

Anger Management:
Fans of the FX series will be happy to know for the next two years you’ll be able to view forty-five new episodes per year, starting on Thursday January 17 at 9:00 PM.

Arrested Development:
The former FOX series will premiere fourteen new episodes on Netflix sometime in May. Stay tuned for an exact date and the cast lineup.

Arrow:
On January 16 at 8:00 PM the CW will return with a new episode titled “Burned.” Wednesday Episode Teasers: After being beaten by the Dark Archer, Oliver’s confidence is shaken, leading him to take a break from being Arrow. Laurel calls Arrow for help and his hesitance almost costs him his life. Tommy throws a benefit, and Thea tries to bring Moira back from the depths of depression.

Bates Motel:
The new A&E series will premiere on Monday March 18 at 10:00 PM. Tune in for what’s described as a contemporary prequel to the popular film “Psycho.”

Blue Bloods:
Sources say Jennifer Esposito, who left back in October on a medical leave of absence, will not be returning to the CBS series as Jackie Curatola. At this time there’s no word on a recast. The drama airs Fridays at 10:00 PM.

Bones:
Renewed! FOX made a lot of fans happy on Tuesday when they announced at the Television Critics Association Press Tour that they’d be renewing their series for a ninth season. Tune in for the two-hour winter premiere on Monday January 14 at 8:00 PM.

Castle:
Dylan Walsh (“Unforgettable”) will appear during February Sweeps as Agent Harris, in what’s described as a pivotal role. The series airs Mondays on ABC at 10:00 PM.

Cold Justice:
TNT has green-lighted the new drama with plans to integrate it into their 2013 late summer line-up. The series centers around two first-class female investigators who analyze cold cases.

Cougar Town:
In Tuesday’s January 15 TBS 10:00 PM episode titled “I Need To Know” Jules becomes crazed when Travis, who was released from mandatory family night, stays away too long. Ellie realizes that by training Andy like a dog she can get him to do anything she wants, and the guys want to be cool like Tom Selleck by growing mustaches.

Dallas:
After the series premieres on January 28 Soaps.com will again be writing recaps from each Sunday episode. Until then read highlights from the first season in our Dallas Year In Review.

Dexter:
In the upcoming eighth, and what’s said to be the final season, the Showtime series is casting for the recurring roles of a neuropsychiatrist named Dr. Evelyn Vogel and an ex-cop named Jacob Elroy. No premiere date for 2013 has been released as of yet.

Do No Harm:
James Cromwell (“American Horror Story”) has been cast in a multi-episode arc as a mentor in NBC’s new series, which premieres on Thursday January 31 at 10:00 PM.

Enlightened:
In Sunday’s January 20 HBO 9:30 PM episode titled “Revenge Play” Jeff admits to Amy and Tyler that he’s already been working on a story about Abaddonn. Amy gets lost in her fantasies. Tyler scrambles to keep investigators off him and Amy’s trail. Dougie plans to find those responsible for foul play, and Krista experiences a pregnancy complication.

Family Tree:
HBO will be bringing viewers a new series on BBC Two this spring starring Chris O’Dowd (“Girls”) as Tom Chadwick, who recently lost his job, his girlfriend and isn’t quite sure of his own identity anymore. Of the series Co-Creator Christopher Guest explained why he cast O’Dowd. “I was looking for an actor who was funny, smart and appealing. The audience must be able to relate to him. That’s Chris.”

Girls:
In HBO’s Sunday January 20 9:00 PM episode titled “I Get Ideas” Hannah gets unwanted attention from Adam and hurtful opinions from Sandy. Elijah mulls over his sexuality. Marnie’s dreams are crushed, which lead to a career compromise. Jessa celebrates married life, and two people harbor a secret.

Glee:
As a reminder, Soaps.com covers the goings on at McKinley High. Tune in each Thursday and read our Glee Weekly Recaps, which are posted after the show airs. New episodes return Thursday January 24 at 9:00 PM on FOX.

Hawaii Five-0:
Terry O’Quinn (“Lost”), who played Gavin Doran on ABC’s recently canceled “666 Park Avenue,” returns to the CBS series sometime this season as Joe White. Until then tune in Mondays at 10:00 PM.

#H50 fans! Just confirmed, #TerryOQuinn will return as the mysterious Joe White later this season and McG has a LOT of questions 4 him!

How I Met Your Mother:
There are numerous Canadian actors set to guest star on the NBC series, which airs Mondays at 8:00 PM. Find out who through the video below.

Modern Family:
Wendi McLendon-Covey (“Rules Of Engagement”) will return to the ABC series as Pam sometime this season. The series airs Wednesdays at 9:00 PM.

Necessary Roughness:
The USA Network plans to bring fans of the series ten new episodes – for its third season! Until then look for season two to recommence at 10:00 PM on Wednesday January 23.

New Girl:
Soaps.com sat in on a conference call with Max Greenfield, who plays Schmidt. When asked how long it takes for the actor to put on the fat suit he was required to wear Greenfield stated, “It’s about two hours in total. But the makeup artists that do it—this guy, Matthew Mungle, and then sometimes Clinton, his partner, they’re just the best. And it’s kind of nice. I just enjoy kind of hanging out with them. It’s like going to dinner or having coffee with a friend every couple weeks. Like, Mungle … up, and I’ll be like, ‘Hey, Matthew. How’ve you been, man?’ And they’re always working on some cool movie. Like they just did this Lee Daniels movie—I think in Atlanta. I’m always, ‘So tell me about it. How’s Forrest Whitaker?’ It’s just fun.” Tune in to FOX Tuesdays at 9:00 PM. 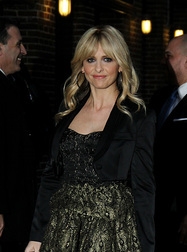 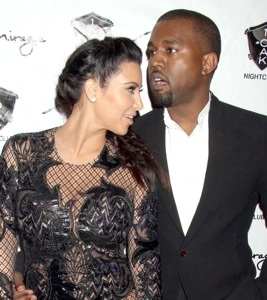