Pretty Little Liars:
Executive Producer Oliver Goldstick gives viewers a peek into what's set to go down this season through the PLL Spoiler Video: Premiere Spoilers. Don't forget to read Soaps.com's recaps each Tuesday, starting on January 8 at 8:00 PM, after the show airs.

Revenge:
Watch a preview of the season premiere through our Revenge Spoiler Video: Emily With Victoria and read Soaps.com's recaps each Sunday, starting on January 6 at 9:00 PM, after the show airs.

Supernatural
At 9:00 PM on Wednesday January 9 the CW will air a repeat of its October 17, 2012 episode titled "Heartache."

The Neighbors:
Sandra Bernhard ("GCB") has been tapped to appear in a guest starring role sometime in the coming months as Ms. Porsche. Tune in to the ABC series Wednesdays at 8:30 PM.

The Office:
Actor Jon Favreau ("John Carter") will direct an upcoming episode of the NBC series, which returns for its ninth and final season Thursday January 10 at 9:00 PM.

If it's strictly spoilers you're looking for view our Primetime TV Spoilers to find out what links two separate murders on "CSI: NY" then vote in Soap Opera Fan Blog's Soap Opera Polls, including one on "Y&R's" Tyler's motives. 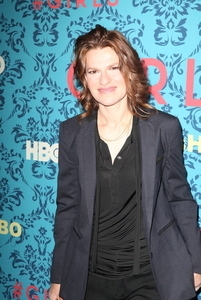 Here are a few things set to take place in Primetime television during the week of January 7, as well as a few scoops for before and after. This week’s Primetime Dish column highlights episode teasers, CW repeat episode alerts, casting scoops, one pilot not picked up to series and where you can find weekly recaps of some of your favorite Primetime shows…

Arrow:
On Wednesday January 9 the CW will air a repeat at 8:00 PM of its December 12, 2012 episode titled “Year’s End.” This episode will also repeat on Friday January 11 at 9:00 PM. The series stars Stephen Amell as Oliver Queen/Arrow.

Dallas:
After the series premieres on January 28, 2013 Soaps.com will again be writing recaps from each episode. Until then read highlights from the original series’ seasons past in our Dallas News Room.

Emily Owens, M.D.:
On January 8 at 9:00 PM the CW will air a new episode titled “Emily And… The Love Of Larping.” Tuesday Episode Teasers: Emily heads out on a blind date, Will assumes the worst about a patient, and another patient refuses to take it easy after suffering a heart attack.

Enlightened:
On HBO’s Sunday January 13 9:30 PM episode titled “The Key” Amy arranges a meeting with a charming whistle-blowing journalist named Jeff Flender in an attempt to find ‘the key’ and free Abaddonn employees. While looking over emails, accessed using Tyler’s IT password, Jeff encourages Amy to dig deeper, and more explosive evidence is needed to bring a company down.

Girls:
In HBO’s Sunday January 13 9:00 PM premiere episode titled “It’s About Time” Hannah (Lena Dunham) and Elijah (Andrew Rannells) throw a housewarming party, Marnie (Allison Williams) receives bad news and a visit from her mother, Shoshanna (Zosia Mamet) steers clear of Ray (Alex Karpovsky), and Jessa (Jemima Kirke) returns from her honeymoon. Watch a sneak peek of what else is ahead this season through the video below.

Mockingbird Lane:
After months of waiting, NBC will not air the reboot of “The Munsters,” which was set to star Jerry O’Connell as Herman Munster, as a series. Writer Bryan Fuller tweeted:

I tweet with a heavy heart. NBC not moving forward with #MockingbirdLane. From producers and cast, thank you all for enthusiasm and support.

Once Upon A Time:
Sonequa Martin-Green (“The Walking Dead”) has been cast to play Tamara for season two in a multi-episode arc. The ABC series returns Sunday January 6 at 8:00 PM. 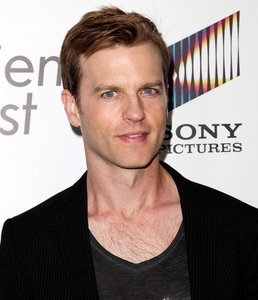 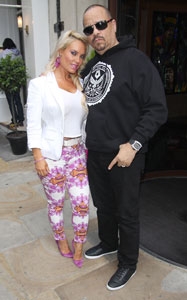