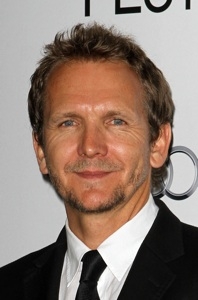 2012 went out with a bang as December was filled with more big returns on “General Hospital,” news of major soap hopping on “The Young and the Restless” and “The Bold and the Beautiful” and new blood joining “Days of our Lives.” Keep up with the latest developments on the Daytime scene.

The Bold And The Beautiful:
With Stephanie (Susan Flannery) gone, her family gathered for support during their first Christmas without their matriarch. That included Tracy Melchior (Kristen) and Lesli Kay (Felicia) who reprised their roles of Stephanie’s daughters. Kristen’s husband Tony, played by Paulo Benedeti, also made an appearance. Other familiar faces popped up in December, such as Aaron D. Spears (Justin), Stephanie Wang (Madison) and Othello Clark (Othello). In addition, two former “Guiding Light” actors are joining the cast. Find out who in The Bold and the Beautiful Comings and Goings.

Days of our Lives:
After months of Salem’s revolving door getting a pretty good workout, it was pretty quiet on the casting front this December. However, there was some new activity as Nathan Owens took over the role of Cameron Davis on December 22. Plus, Jadon Wells began playing Kayla (Mary Beth Evans) and Steve’s (Stephen Nichols) son Joey. Find out which former cast member Wells is related to in Days of our Lives Comings and Goings and don’t forget to look for Nadia Bjorlin to reprise her role of Chloe beginning January 7.

General Hospital:
December brought a couple of familiar faces back to Port Charles, as Lynn Herring stepped back into Lucy Coe's outrageous shoes and Sebastian Roche made a brief appearance as Robin's (Kimberly McCullough) latest captor Jerry Jacks. Fans who watched Kelly Monaco (Sam) on "Dancing with the Stars" got a treat as her professional partner Val Chmerkovskiy appeared in a scene with Monaco's onscreen mother Alexis (Nancy Lee Grahn). A fan favorite who returned in November for a couple of episodes revealed he'll be returning for more. Find out who in the General Hospital Comings and Goings.

The Young And The Restless:
Genoa City had a doozy of a month where casting was concerned. First, it was revealed that Michael Graziadei will be leaving his role of Daniel Romalotti the first week of January. Then, it was announced that after recently being let go, Marcy Rylan will be returning as Abby Newman. If all that wasn't enough, there were reports that Steve Burton (ex-Jason, "General Hospital") was joining the CBS soap. In other news, Jerry Douglas appeared as John Abbott and Redaric Williams began portraying Tyler Michaelson. In one more little tidbit, the Daytime drama is looking for an actor to play a character named Dylan MacAvoy. Get his character description in The Young and the Restless Comings and Goings.

Find out who has already signed on should AMC migrate online and keep up with what's to come on all the soaps through Soap Opera Fan's Soap Opera Spoilers.