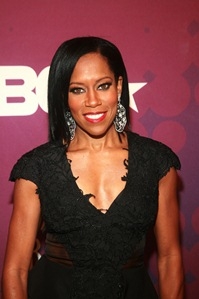 This week welcomes in the New Year with a smattering of Primetime TV. There’s just enough new comedy and drama to go around. Happy New Year!

The Big Bang Theory: The Egg Salad Equivalency.
Sheldon tries to help out Leonard at work with Alex, the Employee Relations Department becomes interested when Sheldon is accused of sexual harassment, all the guys find themselves involved, and Penny feels insecure over the matter Thursday January 3, at 8:00 PM on CBS. Regina King (“The Boondocks” and “227”) guest stars.

Don’t Trust The B—- In Apartment 23: Paris…
June starts a new job, Chloe thinks her new coworker friend wants to keep her enemies close, and Mark looks to James for advice in sharing his feelings Sunday January 6, at 10:30 PM on ABC. Note this is the new night and time!

Emily Owens, M.D.: Emily And…The Car And The Cards.
Loss of a career and love worry a cancer patient enough to refuse her reconstructive surgery, Will deals with painful memories following a car accident, and Emily becomes competitive as Will tries to choose a study method for an upcoming exam Tuesday January 1, at 9:00 PM on CW.

The Good Wife: Boom De Ya Da.
A big payday may be on the horizon for Will, Louis Canning is stalling a deposition Will needs, Eli has to deal with an old foe, and Clarke faces a unified Will and Diane Sunday January 6, at 9:00 PM on CBS. Michael J. Fox (“Spin City”) and T.R. Knight (“Grey’s Anatomy”) guest star.

The Mentalist: Days Of Wine And Roses.
A young model’s death is investigated, an elite rehab facility is on the CBI’s radar, and Lisbon’s investigation into Tommy Volker heats up Sunday January 6, at 10:00 PM on CBS. Henry Ian Cusick ("Lost") and Mary Lynn Rajskub ("24") guest star.

Once Upon A Time: The Cricket Game.
Regina deals with blame for a loved citizen’s death, Emma believes she could be innocent, Hook and Cora are scheming in Storybrooke, and in fairy-tale land the Evil Queen may be awaiting a public execution at the hands of Snow White and Prince Charming Sunday January 6, at 8:00 PM on ABC.

Parenthood: Keep On Rowing.
Crosby and Jasmine allow a family member to move in, Kristina gets a makeover prior to planning a night with Adam, Victor is disappointed with news about his mother, and Hank and Sarah go on a date Tuesday January 1, at 10:00 PM on NBC. Dax Shepard directs.

Revenge: Power.
Victoria is scheming again and utilizes Emily, Emily plans her next target, and Declan finds a new threat to the bar Sunday January 6, at 9:00 PM on ABC. Check out the Revenge Spoiler Video for this episode. Soaps.com will be posting recaps after the episode airs each Sunday.

Two And A Half Men: Welcome To Alancrest.
Walden loses interest in living a double life as a poor man and Kate accepts Alan’s investment in her fashion line, which is really Walden’s money, this Thursday January 3, at 8:30 PM on CBS.

Visit Primetime Dish for Soaps.com recap information and updates on repeats in Primetime this week. Also check out the General Hospital Weekly Spoiler Video to catch a glimpse of their game changing New Year.