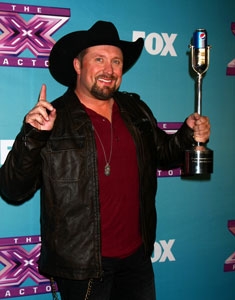 Sex tape leaks, a housewives’ ferocious reunion, and baby mamas face the camera. Plus, Shakira has a boy, Bethenny decides to separate and is Britney out already? Welcome to the outrageous world of reality TV.

All My Babies’ Mamas:
The Oxygen network has reportedly roped in rapper Shawty Lo (real name Carlos Walker) as the star of the new series “All My Babies Mamas” set to premiere in spring 2013. The show, created by MTV executives/producers Tony DiSanto and Liz Gateley will follow Walker as he navigates the emotional and financial highs and lows of raising 11 of his children with their 10 different mothers, and their lives together under one roof. The show will reportedly debut as a one-hour special, the success of which will determine whether it will be picked up as a regular series. Will you watch this show?

American Idol:
Fans of “American Idol” are in for a treat as the FOX network gets set to launch the show’s season 12 premiere with an advanced free screening and live Q&A event nationwide on January 9, 2013. Imagine getting the chance to see and ask singers Mariah Carey and Nicki Minaj if they’ve made peace in the valley yet? Taking place at Royce Hall at the University of California Los Angeles (UCLA) The Live & Interactive Q&A will feature host Ryan Seacrest as moderator, Carey, Minaj, Randy Jackson and country singer Keith Urban. The event, which will be streamed live on American Idol and Live Stream is free to attend and, fans can RSVP now for their city at www.idolrsvp.com as well as submit their name and contact information, after which they will receive a confirmation of receipt and be added to the guest list. Questions for the live and interactive Q&A can be submitted via the American Idol, through Twitter (@AmericanIdol) or, on the day of the event using #Idol on Twitter.

The television debut of “American Idol” will air in a special two-night, two-hour broadcast starting Wednesday January 16 and Thursday January 17 at 8:00 PM on FOX

Darn that pesky scheduling! Unfortunately, “American Idol” 2011 winner Phillip Phillips will not be playing at FOX’s “New Year’s Eve Live!” due to a conflict in his schedule. However, not to worry as another twangy crooner has stepped in. “The X-Factor” winner Tate Stevens will be performing and will join host and actor Marlon Wayans (“G.I. Joe: The Rise of Cobra”) for the 90-minute special broadcast from Las Vegas’s Mandalay Bay Resort & Casino. Other performers include the band Lifehouse and model/actress/singer Carmen Electra. “New Year’s Live!” will air on Monday December 31 at 11:00 PM Eastern.

Bethenny Ever After:
On December 23, talk show host and reality star Bethenny Frankel (“Bethenny”) announced her separation from husband Jason Hoppy after nearly three years of marriage. Both are reportedly devastated at the decision but remain committed to raising their two-year old daughter Bryn. The bestselling author has always maintained that the scrutiny of being under constant cameras was not a factor in the marital struggle between herself and Hoppy, with a source reportedly telling Us Weekly that infidelity was not to blame either. Back in May, Frankel was quoted in People magazine saying, “Our core issues are wanting the other person to be somebody they are not,” she said. “Jason is more balanced. He doesn’t want to work 24 hours a day. He wants to play golf and go out with his friends.” Did Frankel and Hoppy even a have a chance?

Celebrity Apprentice:
Ex-“Celebrity Apprentice” contestant Aubrey O’Day reportedly narrowly escaped a shootout at a Seattle nightclub on Christmas Eve. According to Us Weekly, police are still searching for a 19-year-old suspect who shot one person and injured another at the Munchbar where several Seattle Seahawks players were celebrating after defeating the San Francisco 49ers for a spot in the NFL playoffs. A scared and incredulous O’Day joined others as they reportedly dropped to the floor and eventually made their way through the nightclub’s kitchen. She later tweeted about her traumatic experience.

Ok. I have never in my life. Supposedly someone was shooting n the club and we had to duck on the floor. Security pulled us out. Wtf?!

Celebrity Big Brother:
Ex-“The Hills” reality couple Heidi Montag and Spencer Pratt can look forward to a cool relaxing station in their new digs at the “Celebrity Big Brother UK” house when the new season premieres on Channel 5 January 3 . The house reportedly has an igloo nestled in the garden and is surrounded by two pools! But this doesn’t mean that Montag, Pratt and their housemates can use their new icy abode to hide. Sources say that the house is outfitted with 67 camera mirrors and 45 cameras, including infra-red cameras for nighttime filming.

Dancing With The Stars:
Season 9 “Dancing With the Stars” winner Donny Osmond is reportedly in the dark about his son Jeremy Osmond’s arrest in July for discharging a gun in Cedar Hills, Utah. Apparently the details of Osmond’s arrest are just coming out, but given the recent gun tragedies in the U.S. it is speculated that daddy Osmond won’t be too pleased. According to the National Enquirer, Osmond downplayed his arrest, saying that he was simply target shooting in a remote location. “It was right on the border of the city limits and BLM (Bureau of Land Management) property. But I wasn’t arrested … there was no actual arrest. I was just issued a citation. I had to go down and have my fingerprints taken, but that was it.” However, the police later fined the 31-year old physical therapist $200 and he had to be fingerprinted. He also had to take a mug shot. Donnie Osmond is currently on tour with his sister Marie Osmond.

Former Season 10 “Dancing With The Stars” contestant Chad Johnson (formerly Chad Ochocinco) has reportedly turned to the FBI to find out who leaked a three-year-old sex tape, that may have been hacked from his cellular phone. The tape reportedly does not feature in its entirety, only via staggered clips. The ex-NFL star is currently on probation for a domestic battery altercation he was involved in several months ago with ex-wife Evelyn Lozada.

I Get That A Lot:
Fans of the late "Dallas" actor Larry Hagman will get to see him in the CBS show "I Get That A Lot." The show features celebrities acting undercover as ordinary people who deny they are famous when they eventually get recognized. TV Guide reports that Hagman, who filmed his scenes in September, will appear as a salesman offering samples of barbeque sauce. This fifth episode will also feature reality stars Bruce Jenner ("Keeping Up with the Kardashians") and Phil Keoghan ("The Amazing Race") as well as actors Jane Seymor ("Wedding Crashers")and Cheech Marin("Nash Bridges"). Look for Hagman to appear on the show on January 9, 2013 at 8:00 PM on CBS.

Million Dollar Decorator:
Actress Lindsay Lohan ("Liz & Dick") wasn't shy about showing "Million Dollar Decorator" designer Kathryn Ireland her supposedly cluttered room that seemed to desperately need a makeover. She asked for one, and she got it. But after Ireland and her team delivered the reported French style cottage renovation requested by Lohan, the actress turned into a mean girl and reportedly refused the show's crew to film the "after" results. Bravo has decided to air the "before" consultation with Lohan on January 1 at 10:00 PM Eastern. Check out this sneak peek of Lindsay Lohan's room before the renovation.

Mob Wives:
The tough ladeez from Staten Island, New York are back! "Mob Wives" makes its return for a third season on VH1 on January 6. Break out the bottles and the curse words! Love Majewski is the latest wife to join the series and she reportedly fits right in. "I've poisoned people, I've shot them, I've stabbed my ex-husband's mother in front of him. It was horrible," says Majewski, according to VH1 online. Here's a sneak peek of the Mob Wives season trailer.

So You Think You Can Dance:
Cat Deeley is plunging into her latest commercial as brand ambassador for hair care giant Pantene. The "So You Think You Can Dance" host recently shot the advert in an underwater tank for Pantene's Aqua Light campaign and can be seen posing and swimming like an ethereal mermaid as her hair swirls around her. The Emmy-winning reality dance competition has been renewed for a tenth season and will premiere next summer on FOX with auditions kicking off on Friday January 18, 2013.

The Real Housewives Of Miami:
The explosive two-part reunion of "The Real Housewives of Miami" kicked off last night with a few cheeky one-liners, thinly-veiled insults and tons of taunting as host and moderator Andy Cohen waded through the ladies' trip down memory lane this past season. And to prepare, the ladies came dressed to kill. Much of the focus was on model and former "Dancing With the Stars" contestant Joanna Krupa and Adriana DeMoura's fractured friendship, including Krupa's so-called chaste break-up with ex-fiancé Romain Zago. But Cohen did ask a few pointed questions of his own that were either met with momentary silence or outright denial. Ana Quincoces didn't hold back either as she and Lea Black trashed each other back and forth like a seesaw. So exciting! Be sure to watch the ladies duke it out in part 2 of the reunion on January 3 at 9:00 PM on Bravo!

The Voice:
New season four "The Voice" judge Shakira and her footballer boyfriend Gerard Piqué happily welcomed a baby boy this week. The Columbian singer was reportedly spotted shopping for Christmas gifts just a few days ago. This is the first child for Piqué and Shakira, who also plans to release a new album in the next few months. The couple, who confirmed the pregnancy in September, has yet to name the baby and are reportedly still trying to decide. Piqué tweeted their happiness in Spanish writing, "Our son was born! We are very happy! Thank you all for your messages!" The new season of "The Voice" premieres on Monday March 25 on NBC.

The X-Factor:
Reports that pop diva and season two "X-Factor" judge Britney Spears was facing a restraining order by her former brother-in-law Christopher Federline for allegations of blackmail, infidelity and making threats have turned out to be a hoax. Con-man Jonathan Lee Riches, who is currently serving five-years' probation for conspiracy and wire fraud, is reportedly a pro at drumming up false lawsuits and fake identities. According to Us Weekly, members of the Federline family are investigating after their suspicions were piqued by the private information and forged signatures found in the fake legal papers that were filed. Spears can no doubt breathe a sigh of relief now that the proper authorities are on the case, however, it might not last for long as rumor has it, the singer failed to make a significant impression in her debut as an "X-Factor" judge and could be fired, according to Us Weekly. Seduced by a $15 million payout, Spears was actively lured by "X-Factor" creator and judge Simon Cowell in an effort to plug some youthful energy in to the reality singing competition. Instead, Spears became known for her often repetitive, disinterested reviews and quirky facial expressions – despite her successful mentorship of runner-up Carly Rose Sonenclar. Spears' "X-Factor" fate remains to be decided.

What does Mona's return mean? Check out a preview of the Pretty Little Liars Spoiler Video in this week's Primetime Dish. Remember to cast your vote for your favorite fictional holiday crash-pad in Soaps.com Weekly Soap Debate Holidays.