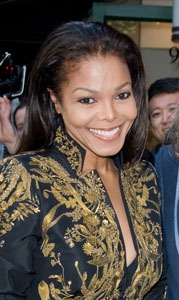 Janet Jackson gets engaged, Taylor Swift gives her all and Jennifer Lopez loses out in this week’s Celebrity News.

Janet and Brandy engaged?
Proving that your own love song can really come true, R&B divas Janet Jackson (“Why Did I Get Married?”) and Brandy Norwood (“The Game,” “Moesha”) are reportedly engaged to be married. Us Weekly reports Jackson’s fiancé is millionaire businessman, Wissam Al Mana who proposed to the twice-married singer/actress several months ago. Jackson’s first, very secret marriage to James De Barge ended in divorce as did her nine-year union with her former manager René Elizondo. Jackson reportedly connected with Al Mana after she split with record producer Jermaine Dupri in 2009. Jackson and Al Mana are reportedly planning a spring wedding in Qatar next year. Brandy Norwood is also reportedly basking in her recent engagement to music executive Ryan Press. According to Us Weekly Norwood confessed that she had given up on love and men before meeting Press. The singer/actress who released her sixth studio album “Two Eleven” in October, has a 10-year-old daughter from a previous relationship and will be appearing in Tyler Perry’s “Temptation: Confessions of a Marriage Counselor” next year. The film also stars Vanessa Williams (“Desperate Housewives,” “Ugly Betty”) and Kim Kardashian.

Happy holidays for the Simmonses?
So how do you get over a breakup so close to the holidays? You rock a bikini on a sunny island with your ex-husband and kids over the holidays. Model/designer Kimora Lee Simmons (“Kimora: Life in the Fab Lane”) has the right idea about keeping a jolly perspective this season as she reportedly spent the Christmas holiday with family on the island of St. Barts accompanied by ex-husband Def Jam founder, Russell Simmons, their kids, Ming and Aoki and yes, Simmons 24-year-old model-girlfriend Hana Nitsche. Simmons recently split from actor Djimon Hounsou (“Blood Diamond,” “Gladiator”) with whom she shares a son, Kenzo.

Sweet, giving Taylor Swift.
While she is currently very busy generously lending her valuable time to boyfriend Harry Styles of boy-band One Direction, Taylor Swift has been named the most charitable celebrity of 2012 by the website Dosomething.org. The country music crossover singer’s $4 million donation to the Country Music Hall of Fame and Museum edged her past fellow charitable givers Selena Gomez, Charlie Sheen, Lady Gaga, Stevie Wonder, Channing Tatum, Miley Cyrus and comedian Louis CK. See the list of most charitable celebrities.

Kate Winslet secretly engaged, now weds?
Third time’s a charm! Us Weekly is reporting that Oscar-winning actress Kate Winslet (“The Reader”) has married her boyfriend Ned Rocknroll in a private and very hush-hush ceremony that took place in New York. This will be the third marriage for the Oscar-winning actress, who shares a daughter with ex-hubby number one Jim Threapleton, and a son with ex hubby number two, award-winning director Sam Mendes. The wedding was reportedly attended by close family and a few friends, including actor Leonardo DiCaprio (“Django Unchained”) who gave bride Winslet away. This is the second marriage for Rocknroll.

Federline feud with Britney dismissed.
Feeling like screaming and shouting, Britney Spears? Before a judge dismissed his case, Christopher Federline, singer Britney Spears’ (“X-Factor”) former brother-in-law filed a restraining order against her accusing her of theft, infidelity and blackmail. He dropped a bomb, adding that he is the father to Spears’ eldest son Sean Preston, after reportedly revealing that he slept with the singer. Federline labeled Spears a maniac after alleging that she swiped his credit card and used it to buy $4,569.02 of comics for her two boys. In his lengthy restraining order petition, obtained by Us Weekly, Federline wrote that when he confronted Spears, she insulted the size of his manhood and threatened to out his alleged paternity of Sean Preston if he told anyone that she stole his credit card.

Just pay your bill already, Mr. Howard!
What! Hollywood stars defaulting on credit? Unheard of! One would think that when the average Hollywood salary is somewhere in the millions, paying a mere credit card bill would be easy peasy, right? Wrong! Actor Terence Howard (“Iron Man,” “Hustle & Flow”) reportedly let more than just the minimum payment slip on his credit card and is now facing an angry bill collector. According to court documents obtained by E! News, Howard is being sued by American Express for $33,474.79 plus 10 percent for breach of contract and legal fees.

Justin Bieber and Selena Gomez don't need mistletoe!
Pop star Justin Bieber and Disney actress Selena Gomez ("Wizards of Waverly Place") reportedly took some time before the holidays to stay warm and reconnect during a private and romantic ski trip in Salt Lake City, Utah. And it looks like it was just what the love doctor ordered as the celebrity couple, who briefly split last month, were spotted in an intimate lip lock while waiting for their flight. Radar Online reported that Gomez and Bieber had their arms wrapped around one another and were kissing and cuddling, while Gomez was comfortably nestled in Bieber's lap. The two were also reportedly joined by Gomez's BFF Taylor Swift and her boyfriend, Harry Styles of boy band One Direction.

Whitney Houston murdered?
As 2012 comes to a close, many remember that it was only in February that news of R&B star Whitney Houston's sudden death rocked the music world. The medical examiner later concluded that the six-time Grammy-award winner died of an accidental drowning due to heavy cocaine use and heart disease. But a Hollywood private investigator is claiming that Houston's death has even more tragic origins. According to the National Inquirer, Paul Huebl says that Houston was murdered by drug dealers looking to settle a score with her over a $1.5 million drug debt – and he has the surveillance video to prove it. Unwilling to reveal who hired him, Huebl claims that Houston was murdered after two men slipped into the Beverly Hills Hotel where she was staying, ransacked her room and attacked her. Huebl goes on to say that Houston's body had possible defensive wounds that may have come from her violent struggle with her attackers.

Rihanna and Chris Brown's courtside canoodling.
The Rihanna-Chris Brown relationship continues to mesmerize fans like a pendulum swinging back and forth. And apparently, that's precisely what's happening as the young stars go to and fro in real life. It appears Rihanna's cryptic and exasperated remarks on Twitter last week, believed to have been directed at Brown, lost some momentum over the holidays as the on-again-until-we-argue-on-Twitter couple were spotted laughing and nuzzling each other, while seated court-side at a Los Angeles Lakers-New York Knicks game at the Staples Center on Christmas day. The two reportedly were spotted holding hands as they left the basketball game with Rihanna later posting this photo of herself and Brown on Twitter.

Drake seeking royalties.
Whose line is it anyway? Rapper Drake is taking pharmacy giant Walgreens and Macy's department store to task for selling merchandise with the acronym "YOLO" – an acronym featured in his song The Motto which stands for "You only live once." Drake, whose real name is Aubrey Drake Graham, is reportedly seeking royalties, after posting a photo of hats and t-shirts on Instagram with YOLO prominently featured on display and on sale with a message allegedly advising store executives to pay the rapper for the use of the term or stop using it.

Katy Perry and Jon Mayer home for the holidays.
While the paparazzi sneaks to capture cuddly photos of Katy Perry and John Mayer, one wonders if the fortune tellers are gleefully rubbing their hands together for a positive proposal prediction for the two after Perry reportedly brought Mayer home to her parents' house for the Christmas holidays. Mayer also opted for a sultry look as he posed for a picture dressed as Santa Claus, which Perry later tweeted.

Lindsay Lohan's hopes for next year.
Actress Lindsay Lohan ("Liz & Dick") has gotten one of her should-do-first resolutions off her list – she's paying her debts! And, her Scary Movie 5 co-star, Charlie Sheen ("Anger Management") has finally received that long-awaited thank you in the form of flowers and a handwritten apology. According to TMZ, Lohan has put the $100,000 loan she received from Sheen toward repaying the $233.904 she owes the Internal Revenue Service (IRS). Now that she's reportedly taken care of her 2009 taxes, Lohan has just over $133,000 left to go and of course, a couple of court dates to fulfill in the new year. TMZ also reports that Lohan could be coming into a windfall of $2 million before ringing in the New Year as a result of her Playboy cover spread, appearance on "Glee," three film roles and a few endorsements.

Jennifer Lopez extortion lawsuit dismissed.
Disgruntled employee or legitimate complaint? A judge apparently thinks the latter after ruling in favor of Hakob Manoukian, a former chauffeur for singer/actress/dancer Jennifer Lopez. TMZ reported that Lopez had filed a $20 million extortion lawsuit in response to Manoukian's suit against her, charging him with threatening to expose confidential conversation to the media overheard from driving her around, and following his reported public dressing down by Lopez's manager Benny Medina. Instead, the judge agreed with Manoukian, and dismissed Lopez's suit, once Manoukian's lawyer argued that Lopez was trying to penalize his client for filing a valid employment lawsuit against her after he felt forced to resign. Manoukian's suit is pending.

Actress Rose McGowan's ("Charmed") familiarity with spells and charms will come in handy as she guest stars in this popular series. Find out what it is in this week's Soaps.com Primetime Dish. Plus, catch a sneak peek of what's to come in the season premiere of "Pretty Little Liars" in Soap.com's Pretty Little Liars Spoiler Video.