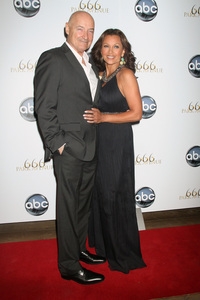 There is a lot set to take place in Primetime television during the week of December 31, as well as a few scoops for before and after. This week’s Primetime Dish column highlights episode teasers, casting scoops, repeat CW alerts – as well as new CW episodes – renewals and a special concert event…

666 Park Avenue:
Though ABC planned to air the remaining canceled series’ taped episodes, viewers won’t likely see them until the summer of 2013. The network has decided to put episodes of “Don’t Trust The B—- In Apartment 23” and “Happy Endings” in its timeslot beginning on January 6 at 10:00 PM.

Beauty And The Beast:
On Thursday January 3 at 9:00 PM the CW will air a repeat of its November 8, 2012 episode titled “Satan Returns.”

Dallas:
After the series premieres on January 28, 2013 Soaps.com will again be writing recaps from each Sunday episode. Until then read highlights from the original series’ seasons past in our Dallas News Room.

Emily Owens, M.D.:
Things aren’t always what they seem in the CW’s January 1 new episode titled “Emily And… The Car And The Cards.” Tuesday Episode Teasers: Will relives painful memories when a boyfriend of a car accident victim is blamed for what happened. A cancer patient refuses surgery, and Emily becomes ultra competitive for an upcoming exam. Watch a preview below.

How I Met Your Mother:
CBS has given the go-ahead and renewed the series for a ninth season!

Once Upon A Time:
Rose McGowan ("Nip/Tuck," "Charmed") will appear in an upcoming episode as a Young Cora sometime after the ABC series returns on Sunday January 6 at 8:00 PM.

Pretty Little Liars:
Watch a preview of the season premiere through our PLL Spoiler Video: Mona's Back and read Soaps.com's recaps each Tuesday, starting on January 8 at 8:00 PM, after the show airs.

Psych:
The USA Network has renewed its hit series for an eighth season. Look for season seven to premiere on Wednesday February 27, 2013.

Revenge:
Watch a preview of the season premiere through our Revenge Spoiler Video: Emily With Victoria and read Soaps.com's recaps each Sunday, starting on January 6, after the show airs.

Supernatural
In Wednesday's 9:00 PM January 2 CW new episode titled "What's Up, Tiger Mommy" Kevin, Dean and Sam find that Crowley has surrounded someone with demons. After a rescue, everyone goes in search of the tablet, and Kevin's mother proves to be enough to take on Crowley.

The Vampire Diaries:
At 8:00 PM Thursday January 3 The CW will air a repeat of its December 13, 2012 episode titled "O Come All Ye Faithful." If you ever miss a CW episode read Soaps.com's Vampire Diaries Weekly Recaps each Thursday after the show airs.

The Walking Dead:
Renewed! The AMC network has renewed its series for a fourth season. Though Glen Mazzara won't be returning as executive producer, a position he's held since 2011, look for season three to resume on Sunday February 10, 2013 at 9:00 PM.

True Blood:
Arliss Howard ("Rubicon," "Medium") has been cast to play a series regular in season six named Truman Burrell, a Louisiana Governor. Look for the new season to return to HBO in June 2013.

Hear which Kardashians are rumored to be having relationship troubles through our Reality TV Rush then vote in Soap Opera Fan Blog's Soap Opera Polls, including one on "Y&R's" Nick's nightclub purchase.