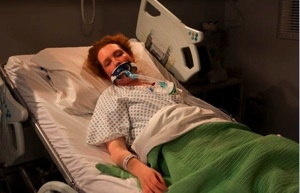 The Christmas holiday brings a couple of weddings that may or may not happen, while the New Year brings life threatening situations and a murder plot. Keep up with the new storyline twists that are to come on British and Aussie soaps.

Coronation Street:
Spoiler alert: Leanne and Nick prepare to get married on Christmas day, but Leanne’s conflicted over the fact that her ex-husband Peter wants her back. As the wedding arrives, Leanne is seen visiting Peter in her wedding dress. Does this mean she’s made her choice?

The New Year is going to be a rocky one for Fiz, as she ends up in the hospital. When her boiler needs fixing, her secret boyfriend Tyrone takes a look at it. Unfortunately, he might have made things worse, as Fiz becomes sick from a gas leak. After passing out, she’ll be rushed to the hospital on New Year’s Eve.

EastEnders:
Spoiler alert: “EastEnders” will air an hour-long episode on Christmas day, which will reveal whether or not Max and Tanya get married. Other story points will involve Derek’s last moments, as everyone takes their anger out on him, including Kat, who learns Derek is making things worse between her and Alfie instead of better, and Max, whose long held secret is outted by his brother.

Roxy declares her love to Alfie, who is still reeling after learning his wife Kat had an affair with Derek. Alfie feels the chemistry and goes in for a kiss, but Roxy backs off not wanting to be a rebound. Is that all she really is to him?

Emmerdale:
Spoiler alert: Alicia's Christmas turns into a downer when she expects a pretty bracelet from David, but gets a pen and pencil set instead. She discovers the bracelet went to Priya and then takes note of the way David looks at her. Alicia and David end things, which makes David happy, but Alicia not so much.

Cameron killed Alex after confiding in him that he already killed Carl King. The cops come around to question Cameron, who tells them the van he secretly held Alex in was stolen. He points the police in Debbie and Cain's direction, who aren't too happy to be accused of stealing. But while they're distracted, Alex goes to the woods and sets the van on fire.

Hollyoaks:
Spoiler alert: Brendan's dad Seamus is back in town, which doesn't sit well with him considering dear old dad abused him as a child. When 2013 rolls around, Brendan makes plans to get rid of him for good. He pays Joel to do the deed, which leads to an unconscious Seamus getting trapped in a burning building.

The soap's cast celebrates the holiday with "The 12 Days of Christmas" "Hollyoaks" style. Take a look.

The Aussie soaps are on hiatus until next year, so Soaps.com is taking a look at upcoming projects of a few famous faces from "Home and Away" and "Neighbours."

Home and Away:
Chris Hemsworth played Kim Hyde from 2004 – 2007. He's since gone on to make a name for himself worldwide, most notably as Thor in "Thor" and "The Avengers." Next year, he'll be seen in the former's sequel "Thor 2: The Dark World." Take a look at the trailer below.

He may be best known to American audiences as Jason on "True Blood," but from 1997 – 2004, Ryan Kwanten played Vinnie Patterson on "Home and Away." Recently, he starred in "Knights of Badassdom," about a group of live action roleplayers who accidentally summon a demon from the underworld. Watch the trailer below.

Neighbours:
Guy Pierce, who played Mike Young from 1986 – 1989, has gone on to enjoy a successful career in Hollywood. Over the years, he's starred in "L.A. Confidential," "The Count of Monte Cristo," "Memento" and "The Hurt Locker." Coming up, he'll star in "Breathe In," about a foreign exchange student who shakes up the lives of her upstate New York host family. The film will premiere at Sundance next year.

Natalie Imbruglia made it big with the song "Torn" in the 90s, but before that, she played fan favorite Beth Willis on "Neighbours" from 1992 – 1994. In 2013, she'll appear in the movie "An Unkindness of Ravens," about a group of friends whose lives are changed when they meet a nature photographer. The movie also stars Christian Campbell (ex-Bobby, "All My Children"), Will McCormack ("In Plain Sight") and Amy Smart ("Shameless").

Read about "Rizzoli & Isles'" season finale in Soaps.com's Primetime TV Spoilers and watch what's to come this Christmas in Salem through Soap Opera Fan's Days of our Lives spoiler video.