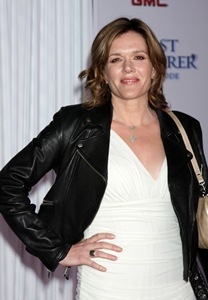 This week is a week to catch up on missed Primetime airings or to watch holiday specials between now and the New Year. A few shows are sneaking in their season finales from now till Christmas. Don’t miss out if you’re a fan.

Glee:
If you’re in the mood check out the Glee Weekly Recap for the Christmas episode, “Glee Actually.” We post recaps after each Thursday episode.

Leverage: The Long Good-bye Job.
Season 5 closes the series with the team involved in a case connected to the death of Nate’s son Tuesday December 25, at 10:00 PM on TNT. Catherine Dent (“The Shield”) and Mark Sheppard (“Supernatural”) guest star.

Made In Jersey: The Farm And Ridgewell.
Parents concerned over their daughter leaving rehab to join a cult get help from Martina and Tommy spreads rumors about Martina about how she got her job. Eric Stoltz (“Mask”) guest stars. In the second episode, Martina testifies against a client lashing out at the CEO of a company responsible for his daughter’s illness and Darlene makes some life changes. These back to back episodes air Saturday December 29, at 8:00 PM and 9:00 PM on CBS.

Revenge:
Updates for "Revenge" are also moving to Soaps.com upon its return on January 6. A review of this season’s Revenge Weekly Recaps covering September 30 to December 2 are now available.

Rizzoli & Isles: No More Drama In My Life.
It’s the Season 3 finale and Maura is asked a big favor by Dr. Hope Martin, Casey gets ready for surgery, baby T.J. is getting introduced to everyone, and a building collapses trapping loved ones Tuesday December 25, at 9:00 PM on TNT. Sharon Lawrence ("Drop Dead Diva" and "NYPD Blue") returns as a guest star.

Vampire Diaries:
If you can’t wait for its return on January 17, you can read the last Vampire Diaries Recap for "Oh Come, All Ye Faithful." We post recaps after each episode on Thursday.

Visit Soap.com’s Primetime Dish for updates on special repeat airings of your favorite shows this week. Soap Opera Fan Blog has news of John Stamos On The New Normal in his return to Primetime.