Interviews: What Kind of Music Your Favorite Soap Stars Enjoy! 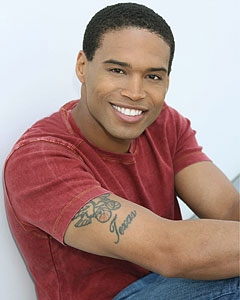 What concerts have you had the pleasure of viewing recently? What’s on your iPod? Music lovers are always interested in finding out who enjoys the same musical tastes as themselves. Soaps.com reporters decided to interview a few of your favorite soap stars to find out what their favorite music is – and we asked that age old question….”What do you think? Beatles vs The Rolling Stones?” Though I do enjoy both, this Editor-in-Chief prefers the Stones to the Beatles. Check out what Lori Wilson, Amy Mistretta and Julie Clark Robinson found out about your faves!

Lori Wilson spoke with Winsor Harmon (Thorne Forrester, Bold and the Beautiful) about his music tastes. “I’m very eclectic with music. I grew up with country music, of course I did a couple of albums, but there’s times when I get into a good classical sense. I love reggae. I’m very eclectic with music. I love everything except rap. [I like] a little of Kid Rock’s rap, but that gangster stuff, you can burn it. I like stuff that has a good message to it.”

Lori later spoke with Winsor’s pal, Lesli Kay (Felicia Forrester, Bold and the Beautiful) , who says, “I’m so eclectic. I’m sitting here listening to Christmas music in the car. I’ll tell you what I don’t enjoy. I do not enjoy country and I don’t enjoy rap. There’s a few country songs I like, a few rap songs I like, but on a general note, I’m more of an old school rock and roll fan; I love the Rolling Stones. What my kids know from me are the Beatles, the Rolling Stones, and then, I mean every Christmas song out there they know and I grew up Jewish. Between all of the Baby Einstein videos, both my sons grew up with a lot of classical music and it really relaxes them. They love it.”

Lori Wilson chatted up Texas Battle (Marcus Walton, Bold and the Beautiful) about his interest in music. Texas says, “I like a group called, Day26. I like the Smashing Pumpkins. When I lift weights I listen to them because they get me so pumped up. They just get me going. I like the Black Eyed Peas.”

Lori Wilson also spoke with Arianne Zuker (Nicole Kiriakis,Days of Our Lives) , and Lori asked, “Beatles or Rolling Stones?” Arianne laughed. “It depends on my mood (laughs)! More of the Rolling Stones. She also let us know that she’s really getting into a new band…”I really just got into Band of Horses. A friend turned me onto them and if you go to my MySpace page I have them on there so those are my guys right now.”

Kristian Alfonso (Hope Brady, Days of Our Lives), told Lori Wilson…"I don’t know anything about music. I love listening to music, but I don’t have any favorites. I just don’t like things I can’t understand. That makes me sound old doesn’t it?

What does Linden Ashby (Paul Hollingsworth, Days of Our Lives) listen to? Lori Wilson found out! He listens to alternative music and the radio station. “KROC”, in L.A. For our Stones vs Beatles question, he says, “Wow! That’s a tough one. Both. I guess I’d be more of a Stones fan than a Beatles fan actually.”

Julie Clark Robinson interviewed Lindze Letherman (General Hospital’s ex-Georgie Jones) about her most favorite musicians or songs. Lindze says, "Call me crazy, but I'm so out of the loop with new music right now. I'm just not into it. I listen Frank Sinatra all day, Bob Marley, that's just kind of what I do. Michael Buble… I'm not listening to the radio. In fact, the last time she turned on the radio she heard "I kissed a girl and I liked it" and that was it. She added that her 4 year-old niece knows every word to that song and dances around to it. "...it is the cutest, most disturbing thing I've ever seen."

Amy Mistretta spoke with David Fumero (Cristian Vega, One Life to Live) about music. He told her, "Michael Franks and Axl Rose are my favorites [musicians]." Songs, "Patience" and "Welcome to the Jungle" are amongst his most favorite songs. When Amy asked the adage question, "Beatles or The Rolling Stones?" Cristian replied, "The Beatles!"

Amy Mistretta asked Kassie DePaiva (Blair Cramer, One Life to Live) what her three favorite songs of all time are and Kassie thought for a moment, and then rhymed off these hyms. “Amazing Grace, How Great Thou Art and In The Garden.” She also prefers the Rolling Stones over the Beatles!

Amy Mistretta asked Andrea Evans (Tina Lord, One Life to Live) to name three of her most favorite musicians, and she says, “Michael Bublé, Maroon 5 and the Foo Fighters!" Her favorite song is “Save The Last Dance" by Michael Bublé." She also, unlike the above DePaiva, selected the Beatles against the Stones!

Now we ask you, Soaps.com readers, "What's your preference?"

Adele’s ‘Easy On Me’ Is the Most-Added Song in Radio History, Plus More Record-Breaking Stats

Law & Order: SVU's 500th Episode: Can We Talk About Rollins and Amaro?