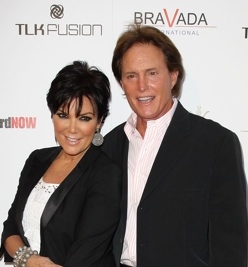 New shows, canceled series and auditions for upcoming seasons. Not to mention, Michael Kors is out and Simon Cowell has a new love interest. It’s never boring in the world of reality TV.

American Guns:
The Discovery show following a family of gun makers has been cancelled. The announcement was made after the elementary school shooting in Connecticut. The network stated the decision not to renew the series was made awhile ago, but they’ve also decided not to air repeats.

American Idol:
Through December 24, “American Idol” and the American Red Cross are providing complimentary “AI” themed gift wrapping at local malls in select cities. Former reality show contestants Bo Brice, Brooke White, Anthony Fedorov and others will stop by the wrapping stations to offer their assistance. The American Red Cross representatives will be on hand to collect cash donations for those affected by Hurricane Sandy. The following areas will host the wrapping stations:

Best Funeral Ever:
Another show reconsidering their episodes following the shooting in Connecticut is “Best Funeral Ever.” Originally slated to air on December 27, the special featuring the staff of the Golden Gate Funeral Home, who put on one-of-a-kind memorials, has been delayed until January 6. TLC could order a full series if the one-hour special is a hit.

The Bachelor:
He didn’t find love with Emily on “The Bachelorette,” but Sean is still hopeful. Maybe he’ll find his soul mate when he’s the one picking and choosing. Take a look at his tape explaining what he went through with Emily and what he’s looking for now.

Dancing With The Stars:
Drew Lachey may not have repeated his season 2 win in the most recent All Star season, but he’s not letting that stop him. Lachey is currently shooting the GMC TV movie “Jingle Bell Rock,” shooting in Vancouver. He will play a jaded rock star. The movie is due out in 2013.

L.A. Ink:
Kat Von D is engaged once again. Her fiancée Deadmau5 took to a very public forum to ask for her hand in marriage, as detailed in Soaps.com’s Celebrity News.

Keeping Up With The Kardashians:
While Kim is off enjoying her romance with Kanye West, the other members of her family are dealing with rumors about their own unions. First, Khloe’s husband Lamar is reportedly partying it up with other women while his wife is busy working on “The X Factor.” Then, there is talk that Bruce and Kris’ marriage is on shaky ground. Though they’ve both publicly denied those rumors, sources claim they’re only staying together for business reasons. Finally, it seems despite Scott’s attempts at proposing, Kourtney isn’t interested in being Mrs. Disick. He reportedly tried to pop the question on the set of “Kourtney and Kim Take Miami,” but she wouldn’t allow a proposal to be filmed. Do you believe the rumors? Vote on who you think has the strongest relationship in our poll and feel free to comment below.

Project Runway:
He's been a staple in the judges' chair for the show's 10 season run, but next season, Michael Kors won't be chiming in on the designers' efforts. Season 11 will premiere on January 24 with designer Zac Posen taking Kors' place. His absence is due to a scheduling conflict, but he will show up to judge the finale. The judge swap isn't the only change in the show, as individual challenges will be out and designers competing as teams is in.

So You Think You Can Dance:
The dance competition has been renewed for a 10th season, with auditions beginning on January 18. The acts that impress the judges the most will be given a call back to be held in Las Vegas, where they will work with top choreographers in the hopes of moving on. The audition schedule is as follows:

Survivor: Philippines:
The latest season came to a close with 41-year-old Iowan sex therapist Denise Stapley taking home the $1 million prize. Actress Lisa Whelchel, who was outted as "The Facts of Life" star to many of her fellow competitors in the finale, was voted by fans as the player of season, earning her $100,000.

The Taste:
ABC is unleashing a new cooking competition show on January 22. "The Taste" invites sixteen chefs of varying success to create dishes for notable chefs and food stars Anthony Bourdain, Nigella Lawson, Ludo Lefebvre and Brian Malarkey. While the notable foodies will each coach teams of four, they will judge the creations in a blind taste test. That means the mentors will have no idea who made it, what they're eating or how it was prepared. Take a look at the promo below.

The Voice:
Season 3 of "The Voice" wrapped up earlier this week with Cassadee Pope winning it all. The season just ended, but that doesn't mean the producers aren't already thinking ahead. Take a look at the promo of next season's "The Voice," which will feature new coaches Shakira and Usher.

The X Factor:
The Voice wasn't the only singing show to crown a winner this past week. "The X Factor" also completed its latest season with Carly Rose Sonenclar, Tate Stevens and Fifth Harmony vying for the win. After the acts put their spin on classic Christmas songs, country crooner Tate Stevens was named the winner.

That’s what happened onscreen, offscreen, Simon Cowell went public with his newest squeeze. On Ryan Seacrest's radio show, Cowell let it slip that he has been seeing Carmen Electra for awhile. He was quick to add she is not his girlfriend, though. They are just dating.

Read about the latest edition to "House of Lies" in Soaps.com's Primetime Dish and John Stamos to The New Normal on Soap Opera Fan Blog.