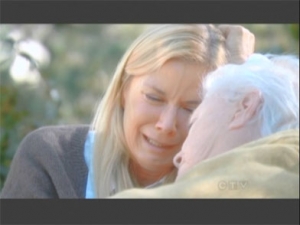 Soaps.com writers share their thoughts on how some characters were misused, underused or those who were overall pretty likable.

Bold And The Beautiful:
Deacon Sharpe’s too-brief return to “B&B” brought us snappy dialogue and excitement the likes of which viewers hadn’t seen in many months. Deacon stirred things up and left us wanting more of him and Bill, more of him and his daughter, Hope, and even more of him and Alison. Awesome. Worst use of a character – Amber Moore brought much-needed flavor to the line-up on “B&B,” but her comeback was ultimately a disappointment. The character had evolved during her time on sister soap, “Y&R,” yet the “B&B” writers brought her back and to viewers’ immense frustration, undid all of the positive growth the character had undergone. For those who love Amber, it seemed she was misused, then underused, and finally just dropped after a tease at what could have been an intriguing and passionate partnership with Rick.

Days of our Lives:
Ian came to town with plenty of promise. He was completely odd and rapidly ensnared in everything on one level or another. The character was clearly being groomed for a long life as the town’s new arch villain, something it’s been in dire need of since the DiMeras were reduced to little more than paper weights. In spite of that, they completely bungled him and wrote him out fast. Carrie, Austin and Jennifer were probably the most annoying. Once Carrie had ceased heaving her cleavage at Rafe, she’d been reduced to another pretext for Sami to have a snit fit. Most underused were Johnny, Brian, Kate and Abby. Johnny’s hair makes him a more interesting character than either of his brothers. Brian actually had the potential to make Will and Sonny a more scintillating couple and Kate literally seemed to be dumped into the waste basket on a regular basis in the most shameful manner. Abby demonstrated her Deveraux range from the sweet to the manic, but has been left floundering to the point that she seems to just experiment with her hair all day. The most underused couple was EJ and Will, who managed to have better chemistry together than either of them do with anyone else. Kristen’s return was a welcome one, but in spite of how enjoyable she is, she’s mostly served as a reminder of how much better the show used to be. Nick’s return has probably been even more disappointing. Rather than either his wacky or sweet former selves, he’s come back as some kind of zombie.

General Hospital:
"GH’s" best character, says Hollie was Heather Webber. Love her or hate her, she kept storylines rolling while keeping up witty banter with all of her scene partners – even a dead Anthony Zacchara. Her "Crazy Calling" ringtone alone on Todd’s phone was enough to propel her to the top of the list. The worst character on "GH" this year, Hollie says was Kristina Davis. While her "Mob Princess" director Trey was hard to like at first, he somehow managed to grow on us. Sadly, Kristina never made it past coming off as an over-privileged brat.

The Young And The Restless:
Best – Paul Williams. He doesn’t have the biggest front-burner storylines, yet he always proves to be a character that gets viewers talking. This year was no exception. Whether dealing with Patty, in shock and anguish over shooting his own son, or reuniting with a past love, Paul can be counted on to bring a one-two punch of genuine emotion to each and every scene he is in – it’s astounding how Doug Davidson never fails to deliver. Perhaps not the choice one would expect for best use of a character, given that he’s not a lead, but he deserves to be recognized. On the contrary, we’ve a tie for worst characters between Angelo and Angelina. These characters never fit the "Y&R" canvas and seemed like over-the-top cartoon characters compared to those they interacted with in their storylines. Angelina grew on some viewers a tad by the time she left, but on the whole, they just didn’t work and haven’t been missed.

Please feel free to join us in dishing on who wins your votes for best and worst in characters for 2012 below.

Vote where you'd like to spend the holidays in soapland in our Weekly Soap Debate: Holidays and take a look back at the 2012 Best & Worst Soap Opera Storylines.