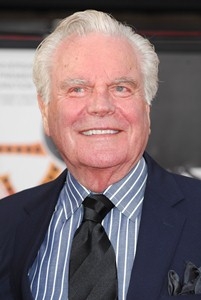 Both Primetime drama and sitcoms are lacking so close to the holidays, but a few more season finales and a number of great guest stars still make for some must see TV this week.

2 Broke Girls: And The High Holidays.
The girls have money woes and to pay their rent Max and Caroline attract some questionable customers wanting to pay top dollar for cupcakes Monday December 17, at 9:00 PM on CBS.

Burn Notice: You Can Run.
Assassins are after Michael, Sam and Jesse are involved in an ambush during the gang’s escape attempt, Sam is shot, and Jessie is taken captive Thursday December 20, at 9:00 PM on USA. This is a two hour season finale.

Don’t Trust The B—- In Apartment 23: A Weekend In The Hamptons.
Chloe wants to cheer up her friends, a trip to the Hamptons is on the agenda, and Chloe decides to crash the party of the year setting her sights on the host Tuesday December 18, at 9:30 PM on ABC.

Fringe: Anomaly XB-6783746.
Nina Sharp gets called by the team to help plan a defeat against the Observers, time is running out in the quest to save the world, and Olivia, Astrid, Walter and Peter count on Sharp Friday December 21, at 9:00 PM on FOX.

Gossip Girl: New York, I Love You XOXO.
It’s the series finale and the identity of Gossip Girl will be revealed after the gang joins forces at a party, we find out who ends up together, and there is a twist saved for the last 15 minutes of the show Monday December 17, at 8:00 PM on CW. The two hour episode features scenes from past seasons and cast and producer interviews. The Primetime Dish has a sneak peek.

How I Met Your Mother: The Final Page, Part One and Part Two.
Marshall and Lily encounter an old college acquaintance, Robin gets ready to fire Patrice, Marshall jinxes Barney, and Ted wonders if he should tell Robin about Barney and Patrice in this two-episode airing Monday December 17, at 8:00 PM on CBS. Seth Green (voice of Chris Griffin, “Family Guy”) guest stars.

NCIS: You Better Watch Out.
Tony’s dad visits, the elder DiNozzo is interested in a family Christmas with his son, and Tony may get personal with his dad about Ziva Tuesday December 18, at 8:00 PM on CBS. Robert Wagner (“Hart to Hart”) returns as a guest star.

NCIS Los Angeles: Free Ride.
Nell and Eric can’t help but celebrate the holidays at headquarters when mistletoe is involved, Hetty is off on a trip, and the rest of the NCIS team investigates the death of a NCIS special agent requiring them to spend Christmas on an aircraft carrier Tuesday December 18, at 9:00 PM on CBS.

Private Practice: Georgia On My Mind.
Charlotte’s on bed rest, her colleagues are stressed while she continues to manage things from her hospital room, she tries to select a private nurse and Mason acts out at school Tuesday December 18, at 10:00 PM on ABC.

Rizzoli & Isles: Over/Under.
A former college football player is murdered during a fund-raiser, Jane and Maura investigate the case, Jane sees Lt. Col. Casey Jones who has unexpected news and Frost’s mother brings news of her own Tuesday December 18, at 9:00 PM on TNT.