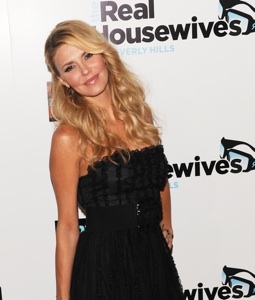 Televised weddings, MTV controversy, cancer scares and season finales. There’s no shortage of drama this week in the world of reality TV.

Amazing Race/Big Brother/My Fair Wedding:
“Big Brother” stars Rachel Reilly and Brendon Villegas turned “The Amazing Race” contestants are getting hitched. They met on TV, so why not get married on TV? The couple will say their “I dos” in the season finale of “My Fair Wedding” on WE. Other familiar reality show faces will appear in the crowd with “Big Brother’s” Matt Hoffman officiating the ceremony.

American Idol:
There’s been lots of rumors and reports about new judges, feuds between those judges and beefs with ex-judges. There’s been months of build up for the new season, which will finally premiere in two hour episodes on January 16 & 17 at 8:00 PM – 10:00 PM EST. In the meantime, take a look at what inspired the “AI” hopefuls to audition in the video below.

The Bachelorette:
Reilly and Villegas aren’t the only reality TV couple to get hitched on TV. On December 16, Ashley & J.P. will marry on ABC. Not to be outdone, “The Bachelorette” host Chris Harrison will officiate.

Buckwild:
The new MTV series doesn’t air until January 3, but it’s already causing controversy. Sen. Joe Manchin III (D-W.Va.) has written to the network president urging him to shut down the show that will feature the parting antics of a group of friends in Sissonville, W. Va. Side note, the friends are reportedly really friends who have known each other since they were kids. In the letter reprinted in The Washington Post, he stated, “Instead of showcasing the beauty of our people and our state, you preyed on young people, coaxed them into displaying shameful behavior – and now you are profiting from it. That is just wrong.” Governor Chris Christie was just as opposed to the filming of “Jersey Shore” and look where that got MTV. Watch the trailer below.

Dancing With The Stars:
Co-host Brooke Burke Charvet took to her blog Modern Mom to share some good news after her thyroid surgery last week. She wrote, “I just got the results back from all of my tests and great news – the thyroid cancer has been removed from my body and all my lymph nodes are clear. So I’m hoping that this is the end of the story. Woohoo!!! And thank GOD!”

As for the dancers, there’s a rumor that “The Bachelorette’s” Emily Maynard will join the cast of the next season of “DWTS.” If that’s the case she’s already go two professional dancers willing to teach her the cha-cha-cha and the samba. Despite his suggestion that he wouldn’t be returning, Maks Chmerkovskiy said he’d be happy to dance with her. But so did his brother Val. Next season is already getting interesting.

The Hunt:
The CW has ordered "The Hunt" to series. The show is a wilderness competition that takes place over a month. Twelve teams of two will test their survival and hunting skills as they try to capture each other with the goal of winning a cash prize. The twist is the teams will not be given food, water or shelter. No premiere date has been announced.

Perfect Score:
In addition to "The Hunt," The CW will also debut "Perfect Score." The dating show gives the contestants a chance to win money if they can identify their perfect match.

The Real Housewives Of Beverly Hills:
Brandi Glanville had a benign tumor removed from her breast on December 12. After the surgery, she told E! Online that the tumor was larger than expected, so the surgery took longer, but, "I'm in pain but happy that it is done, because I need to be healthy for my boys. They have been very helpful."

Her surgery didn't slow Glanville down, as while recovering she tweeted news of her new book. "Drinking & Tweeting" will address, among other things, her split from Eddie Cibrian (ex-Matt, "The Young and the Restless") who left her for country star LeAnn Rimes.

SO EXCITED to share with you all.... my NEW book cover!! twitter.com/BrandiGlanvill…

RuPaul's Drag Race:
RuPaul has landed a guest starring spot on "Happy Endings." According to TVLine, he will appear in early 2013 as Alex (Elisha Cuthbert) and Jane's (Eliza Coupe) hairdresser who agrees to take on Max (Adam Pally) as a client. "Happy Endings" airs on ABC Tuesdays at 9:00 PM EST.

Storage Wars:
"Storage Wars" star David Hester claims to have been fired after expressing his unhappiness over the show being staged. In his lawsuit, Hester accuses the show of planting valuable items in the storage lockers competitors bid on before learning what's inside. He goes on to say the show paid for the female stars to have plastic surgery and that the producers manipulate the outcome of the auctions by placing bids for weaker cast members who lack the skills and funds to win.

Survivor Philippines:
Mike, Lisa, Malcolm and Denise have made the final four going into the season finale that airs on December 16. Who will be the sole survivor?

X Factor:
Almost judge Cheryl Cole was fired before season one aired and is now suing the reality show's producers for money she feels she's owed. Cole is seeking $2.3 million from Blue Orbit Productions claiming she had a pay-or-play contract for two seasons. She was paid for the first season, but not for the second or given money for her expenses as promised. Cole was dismissed reportedly due to her accent, which the producers felt American audiences wouldn’t understand.

L.A. Reid has announced he won't return as a judge next year. He's going out on a high though as one of the acts he mentored has made the finals. The season two finale will air next week with Reid's Tate Stevens competing against Carly Rose Sonenclar and Fifth Harmony for the $5 million recording contract prize.

Read about Beyoncé's latest endorsement deal in Soaps.com's Celebrity News and getting your Revenge recaps on Soaps.com.