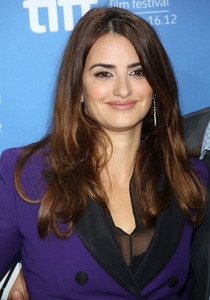 There is a lot set to take place in Primetime television during the week of December 17, as well as a few scoops for before and after. This week’s Primetime Dish column highlights episode teasers, casting scoops, season premiere dates, finale spoilers, some last minute holiday specials, a “True Blood” werewolf returning as a series regular, and a sad goodbye to an iconic Southfork character…

Arrow:
Colton Haynes (“Teen Wolf”) will appear in the recurring role of Roy Harper. Look for his character to be attracted to Oliver’s sister and first appear sometime in 2013. The CW series airs Wednesdays at 8:00 PM.

Body Of Proof:
Sarah Jane Morris (“NCIS”) will appear as a flight attendant named Pamela Jacks in season three’s upcoming episode twelve. Tune in to ABC at 10:00 PM on Tuesday February 5 for the season premiere.

Bunheads:
Season two of the ABC Family series will return with all new episodes on Monday January 7 at 9:00 PM. Viewers won’t want to miss the winter premiere where Michelle returns to Las Vegas as a magician’s assistant. And if you want to relive season one tune in on Tuesday January 1 at 11:00 AM for a seven hour marathon.

Critics Choice Movie Awards:
On Thursday January 10, 2013 the CW will air the live broadcast of the awards show at 8:00 PM from the Barker Hangar in Santa Monica, California. The annual event honors the finest in cinematic achievement.

Dallas:
With the sad passing of Larry Hagman comes news that a funeral for his character, J.R. Ewing, has been planned for season two’s eighth episode, which will air on Monday March 11. Since Hagman completed taping numerous scenes for the new season, viewers will see his character when the series premieres on January 28, 2013. Until then read highlights from the original series’ seasons past in our Dallas News Room.

Girls:
Season two of the HBO series, which will consist of ten new episodes, will return on Sunday January 13 at 9:00 PM.

Glee:
As a reminder, tonight is the FOX mid-season finale, and we will post the recap right after the show airs. Get a sneak peek through the Glee Performance Video: White Christmas.

Gossip Girl:
Series finale! On Monday December 17 at 8:00 PM, in the CW’s two hour finale titled “New York, I Love You XOXO,” as the lights go out on the series for good the stars and executive producers bid farewell to the Upper East Side. They’ll also take a look back at the show’s many unforgettable moments – and Gossip Girl’s shocking identity is finally revealed. Get a sneak peek below.

It’s A Very Muppet Christmas:
On Tuesday December 3 the CW will air its two-hour special at 8:00 PM. David Arquette (“Jake And The Never Land Pirates”), Joan Cusack (“Shameless”), William H. Macy (“Shameless”) and Whoopi Goldberg (“The View”) star as an angel asks for God’s help for Kermit, who’s lost all hope over the holiday season.

Law & Order: SVU:
The NBC series has cast Theo Rossi (“Sons Of Anarchy”) to guest star as Enrique Rodriguez, someone out for justice, on Wednesday January 2, 2013 at 9:00 PM.

Leverage:
In Tuesday’s December 18 10:00 PM TNT episode titled “The Toy Job” the Leverage team creates a global toy craze to take down a corrupt CEO who plans to unleash a dangerous toy into the market.

Noel:
On Wednesday December 19 at 8:00 PM the CW will air the two-hour holiday film starring Susan Sarandon (“The Big C”) and Penelope Cruz (“To Rome With Love”) about five people who come together while in search of a miracle.

Private Practice:
Tune in on January 22, 2013 for the last episode of the ABC series, after six seasons, titled “In Which We Say Goodbye.”

True Blood:
Fans of Robert Patrick and his character Jackson Herveaux will get to see more of the actor in HBO's upcoming season six, as he's been bumped up to a series regular. Stay tuned, as the show returns in June 2013.

Wedding Band:
In TBS' Saturday December 22 10:00 PM episode titled "I Don't Want To Grow Up" after Rutherford books 'Mother of the Bride' to play at the corporate event, Hank just might find out that his up-and-coming vice president rocks out on weekends. Hank has someone special in mind to help his wife plan an event, and Cooper finds out a secret.

If it's strictly spoilers you're looking for view our Primetime TV Spoilers to find out what helps Walter refresh his memory on "Fringe" then vote in Soap Opera Fan Blog's Soap Opera Polls, including one on the future of "Y&R's" Nick and Phyllis.