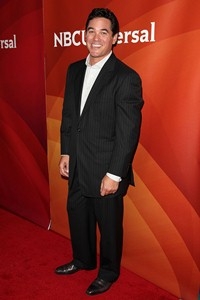 We’ll have a lighter fare of drama and comedy this week in the midst of holiday programming. Be prepared for a couple of shows to finish up their seasons prior to Christmas this week.

2 Broke Girls: And The Big Opening/And The Silent Partner.
Back-to-back episodes this week start with a celebration of the grand-opening of the cupcake shop, Max tries to show off her success to her former boyfriends and Caroline’s worried she didn’t invite business contacts. In the second episode, Max works with Sophie to make her a silent partner but Caroline doesn’t appreciate Sophie’s vision for the business Monday December 10, at 9:00 PM and 9:30 PM on CBS.

90210: The Things We Do For Love.
Max gets a business proposal from Alec while Naomi works on Bryce to hire Max back, Liam tries to trap a blackmailer, Ashley speculates why Vanessa is spotted at the salon, and Silver worries over Teddy’s refusal to give up his parental rights Monday December 10, at 8:00 PM on CW. A special musical performance is scheduled.

Arrow: Year’s End.
Oliver thinks a family Christmas party is what the Queen household needs, Tommy wants to share his holiday with Laurel, and Laurel wants to be with her father since her late sister’s birthday is on Christmas Wednesday December 12, at 8:00 PM on CW.

Beauty And The Beast: Bridesmaid Up!
Catherine’s dad is remarrying, Cat says she is seeing someone when the bride-to-be tries to find her a date, new information is unturned at the wedding reception, and Tess and Joe become romantic Thursday December 13, at 9:00 PM on CW. Rob Stewart (“Nikita”) guest stars as Catherine’s dad.

The Big Bang Theory: The Santa Simulation.
A game of Dungeons and Dragons stirs up some Christmas memories for Sheldon, Koothrappali spends time with the girls for a ladies’ night, and Penny, Bernadette and Amy decide to find him a girl Thursday December 13, at 8:00 PM on CBS.

Burn Notice: Odd Man Out.
Michael gets caught up in the middle of a revenge scheme for a smuggler, their time hiding out in a warehouse becomes challenging when supplies run low, and Michael and the team may give a man up to the smuggler if they don’t get the whole story Thursday December 13, at 10:00 PM on USA.

Criminal Minds: Perennials.
An unknown suspect has the same M.O. as a serial killer from three decades ago, the BAU heads south to investigate the crimes, and another suspect is replicating the crimes the BAU is busy solving Wednesday December 12, at 9:00 PM on CBS.

CSI: Risky Business Class.
A small plane crash is responsible for the death of five people near the Vegas Strip, and a long-distance relationship with Grissom begins to bother Sara when a former lover is involved in the investigation Wednesday December 12, at 10:00 PM on CBS. Pamela Reed (“Parks and Recreation”) and Josh Randall (“Greek”) guest star.

Dexter: Surprise, Motherf.!
Season seven ends with LaGuerta about to expose Dexter as a killer, Dexter works hard to cover for himself and Debra, and a desperate Dexter may have to protect himself thus putting LaGuerta in a compromising position Sunday December 16, at 9:00 PM on Showtime.

Don’t Trust The B—- In Apartment 23: Bar Lies…
It’s time for James to put on his dancing shoes in LA, Chloe takes advantage of his absence to pull off one of her schemes in his penthouse, and June thinks she is going to teach Chloe a lesson Tuesday December 11, at 9:30 PM on ABC. Dean Cain (“Superman”) and pro dancer Karina Smirnoff guest star as themselves.

Fringe: Black Blotter.
Walter needs to refresh his memory, an LSD experience helps him remember a plan to beat the Observers, Peter and Olivia search out the origin of an unknown signal in the forest, and a shocking scene disturbs them Friday December 14, at 9:00 PM on FOX.

Glee: Glee, Actually.
In a tribute episode to the 2003 film “Love Actually,” the impending Mayan apocalypse have Sam and Brittany striving to live a full life, Jake and Puck celebrate Hanukkah, a dream changes Artie, and Kurt’s Christmas is special Thursday December 13, at 9:00 PM on FOX. Check out the recent Glee Weekly Recap, “Swan Song.”

Gossip Girl: The Revengers.
Blair is worried about Chuck after seeing Bart, Dan and Serena meet up for the first time since their holiday fail, Chuck agrees to something that may change his life, and Nate deals with financial troubles Monday December 10, at 9:00 PM on CW.

Hart Of Dixie: Blue Christmas.
Zoe’s mom plans to visit for Christmas adding to her angst, Zoe starts working too hard resulting in dimming the Christmas spirit for others, George looks for the perfect gift for Tansy, and Lavon wants a memorable week for Ruby Tuesday December 11, at 8:00 PM on CW.

Hawaii Five-0: Huaka’I Kula (Field Trip).
During a camping field trip McGarrett is taken hostage with a girl, Adam’s brother is released from prison and he is introduced to Kono, and Chin Ho may not be moving on from his grief Monday December 10, at 10:00 PM on CBS. Tom Arnold (“Sons of Anarchy” and “The Tom Show”) guest stars.

Homeland: The Choice.
Season two finishes up with both Carrie and Quinn trying to make important decisions, Brody meeting with Faber to consider the family’s future, and Saul embarking on a secret assignment Sunday December 16, at 10:00 PM on Showtime.

How I Met Your Mother: The Over-Correction.
Robin questions Barney’s motives for befriending Patrice, Ted has to help Robin escape from a closet, and Marshall’s mom starts to date again Monday December 10, at 8:00 PM on CBS.

Last Man Standing: Putting A Hit On Christmas.
Vanessa reminisces over previous quiet holidays with Mike, Mike conjures up a plan to send away the kids to give Vanessa a stress-free Christmas, and a bald eagle doesn’t make it when Ed goes turkey hunting Friday December 14, at 8:00 PM on ABC.

The Middle: Twenty Years.
The Hecks have a big anniversary coming up, Frankie thinks Mike may be bored with her after 20 years, Sue tries to get Axl and Brick to help throw a party, and Axl disturbs Brick by ruining the end of a book he was reading Wednesday December 12, at 8:00 PM on ABC.

The Mindy Project: Josh And Mindy’s Christmas Party.
Mindy invites colleagues for a Christmas party at her apartment with Josh, Josh’s secret is about to be exposed, and Jeremy is not in the holiday spirit dispensing the holiday bonuses Tuesday December 11, at 9:30 PM on FOX. Allison Williams ("Girls") and Ellie Kemper ("The Office") guest star.

Modern Family: Diamond In The Rough.
Claire and Cameron decide to flip houses on the heels of their success renovating a baseball field, Phil and Mitchell are unsupportive of their business idea, and Gloria finds a way to communicate with her unborn baby Wednesday December 12, at 9:00 PM on ABC.

NCIS: Devil’s Trifecta.
FBI agent T.C. Fornell is the target of a shooting, Gibbs helps investigate the shooting, the mutual ex-wife Diane is somehow involved, and rumors fly when Diane has an overnight at McGee’s putting him in an uncomfortable position Tuesday December 11, at 8:00 PM on CBS. Melinda McGraw ("Men Of A Certain Age") guest stars again.

NCIS Los Angeles: The Gold Standard.
Gunmen wearing costumes pull off a heist, the U.S. economy may be impacted and the team investigates, Granger wants Kensi to join him on a case, and Deeks testifies on another case Tuesday December 11, at 9:00 PM on CBS.

Parenthood: What To My Wondering Eyes.
A health scare dampens Adam and Kristina’s spirits, Crosby and Jasmine plan a Christmas together, Sarah is undecided about Mark and Hank, and Ryan and Amber need to work on new challenges Tuesday December 11, at 10:00 PM on NBC. Ray Romano ("Men Of A Certain Age") and Matt Lauria ("Friday Night Lights") guest star.

Private Practice: I’m Fine.
Sheldon is happy with a new woman in his life, a missing girl disturbs his happiness, and Nick, a patient of Sheldon’s, may be connected to the hospital disappearance of the girl Tuesday December 11, at 10:00 PM on ABC. Kathy Baker ("Medium") makes a guest appearance.

Raising Hope: Last Christmas.
Virginia believes in the apocalyptic prophecy and needs to stock up on supplies, the family is hastened to get ready for the end of the world while putting up with Virginia’s extreme couponing, Maw Maw is working on a bucket list, and Jimmy is planning something memorable for Hope’s Christmas Tuesday December 11, at 8:00 PM on FOX.

Rizzoli & Isles: Virtual Love.
The virtual world and real world collide in the death of a microbrewer, Angela wants to move on after disappointment in her love life, and the team counsels underprivileged teens which proves disastrous Tuesday December 11, at 9:00 PM on TNT.

Two And A Half Men: Give Santa A Tail-Hole.
Alan finds himself alone on Christmas and Walter is consumed by his poor alter ego Thursday December 13, at 8:30 PM on CBS.

Vampire Diaries: O Come, All Ye Faithful.
Holiday celebrations begin with a winter party in Mystic Falls, Tyler’s plans for the hybrids doesn’t go over well with Stefan and Caroline, Klaus discovers something resulting in violence, and Jeremy is visited by Elena and Damon at the Gilbert lake house to work on his inner demons Thursday December 13, at 8:00 PM on CW. Check out last week’s Vampire Diaries Recap of "We’ll Always Have Bourbon Street."

Visit Soap.com’s Primetime Dish for news and updates on Primetime viewing. Check out your local listings to see DOOL alum Patrick Muldoon In All About Christmas Eve this week on Lifetime.