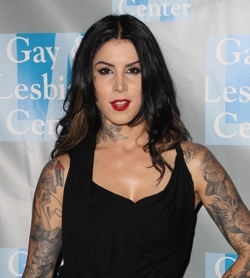 This week found “Jersey Shore’s” replacement, a strange new singing competition, and stars putting themselves in danger all in the name of staying relevant. There’s always something for everyone in the world of reality TV.

ABC medical reality show:
The alphabet network is developing a Daytime reality show surrounding an L.A. hospital. Cameras are reportedly currently following doctors and nurses in and out of the UCLA Medical Center. It’s in the pilot stages with the intention of going to syndication or cable.

America’s Got Talent:
Howard Stern recently confirmed on his SiriusXM radio show that he would be returning to the NBC reality TV show as a judge. The same can’t be said for his cohort Sharon Osbourne, who has declared she won’t be back. Meanwhile, Howie Mandel is still reportedly undecided.

Big Brother:
On January 19, season 10 “Big Brother” winner Dan Gheesling will be at the Algoma’s Water Tower Inn in Sault Ste. Marie, ON, Canada. His first Canadian event, Gheesling will participate in a Q&A and meet and greet with fans. Go to Ticket Bud for more information.

Buckwild:
Now that “Jersey Shore” is coming to an end, MTV needs a new group of people engaging in wild antics to follow around. Heading further south than Jersey, “Buckwild” will fill that void by focusing on young adults from Sissonville, W.V. Though this group will engage in more outdoor activities than the GTLers, and not be as attached to their cellphones and computers, MTV still promises lots of drunken nights and relationship drama. The new series will premiere January 3.

Dancing With The Stars:
Co-host Brooke Burke Charvet underwent surgery for thyroid cancer this past week and according to Twitter all went well.

I’m resting, recovering. Surgery went well. Dr Adashek is a genius.Thx Dr! Feels like I got hit my a car 🙁

Thank God it’s over. I’m clean, surgery went well & I can talk. Losing My voice was my biggest fear. Thx for all your prayers & light.

The Girls Next Door:
Hugh Hefner and Crystal Harris broke off their engagement last year, but those crazy kids are back together. The 86-year-old and his 26-year-old fiancée plan to marry on New Year’s Eve at the Playboy mansion. Place your bets now on how long their union will last.

Here Comes Honey Boo Boo:
Honey Boo Boo's cousin Tony Lindsey was arrested after allegedly pulling a prank with a gorilla suit. According to the police report, a deputy driving on a Georgia highway saw a man in a gorilla suit about to jump in his lane. After the cop stopped his car, four men ran into the woods, but eventually surrendered. Lindsay was one of the four men who were booked for reckless conduct.

As for the show itself, "The Voice's" Adam Levine had a few things to get off his chest. In the December issue of GQ, Levine said, among things, "Seriously, Honey Boo Boo is the decay of Western civilization. Just because so many people watch the show doesn't mean it's good. So many people witness atrocities and can't take their eyes away from them, but that doesn't mean they're good. That show is literally The. Worst. Thing. That's. Ever. Happened." Do you agree?

Killer Karaoke:
It's a singing competition with a little "Jackass" thrown in. Hosted by Steve-O, the truTV series features contestants singing while being placed in extreme and outrageous circumstances. Watch the video below as one crooner must keep the show going while attack dogs have their way with him. Check it out.

The King Of The Nerds:
Premiering January 17, the reality show that tests 11 contestants on their intellect, ingenuity, skills and pop-culture prowess, has added a few new guest judges. Co-hosts and former "Revenge of the Nerds" co-stars Robert Carradine and Curtis Armstrong will welcome George Takei ("Star Trek"), Kevin Smith ("Clerks"), Jason Mewes ("Clerks") and Riki Lindhome Armstrong ("Revenge of the Nerds") to help select the supreme master of all things nerdy.

LA Ink:
Kat Von D has been granted a temporary restraining order against a man she says has been stalking her. Von D claims the accused contacted her online in April, showed up at her business and called her house while standing outside. He also allegedly sent candy to her home after being told to stop contacting her and tweeted her phone number. A hearing is scheduled for December 21.

The Winner Is:
Nick Lachey will host yet another singing competition called "The Winner Is." In order to distinguish itself from the others, there is a twist: There are no judges. Two singers will go head to head, with the studio audience voting on who should stay and who should go. But before the winner is announced, the contestants will be offered money to walk away, with the dollar amount going up every round.

X Factor:
The "X Factor's" co-host Mario Lopez (ex-Christian, "The Bold and the Beautiful") is a married man. Lopez wed Courtney Mazza in an outdoor ceremony in Punta Mita, Mexico. The couple's two-year-old daughter served as the flower girl in the wintery/beach theme affair created by "Cake Boss'" Buddy Valastro. In true reality TV fashion, the wedding will air on TLC December 8.

Zombie Apocalypse:
Could this really happen? Maybe, maybe not, but some people are preparing just in case and the Discovery Channel is capturing their efforts. The documentary special will feature interviews with four Americans who are training and stockpiling in the event a zombie-like pandemic spreads. "Zombie Apocalypse" will air December 18.

Chevy Chase might be out of "Community," but look who'll be stopping by through Soaps.com's Primetime Dish. Go to Soap Opera Fan for the Writers Guild Award Daytime Nominees.