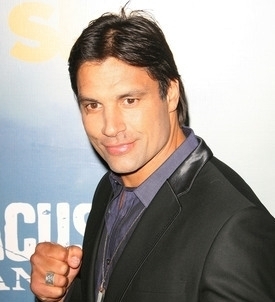 There is a lot set to take place in Primetime television during the week of December 10, as well as a few scoops for before and after. This week’s Primetime Dish column highlights episode teasers, casting notes, concert specials, many holiday themed episodes, Emmy details, and a mother back from the dead…

90210:
Holiday episode! Indie rockers Tegan and Sara will perform in CW’s December 10 8:00 PM episode titled “The Things We Do For Love.” Monday Episode Teasers: Naomi attempts to redirect a job offer for Max. Liam is faced with blackmail in regards to Vanessa’s accident. Ashley gets the wrong idea, and Teddy tries to convince Silver to let him co-parent the baby.

A Home For The Holidays:
On Wednesday December 19 at 8:00 PM CBS will air its fourteenth annual special. Country singing sensation Rascal Flatts will host with performances by Rascal Flatts, Rachel Crow, Melissa Etheridge, Matchbox Twenty and Phillip Phillips. Others to appear will include Wayne Brady (“The Wayne Brady Show”), Kevin Frazier (“The Insider”) and Jillian Michaels (“The Biggest Loser”).

A Muppet’s Christmas: Letters To Santa:
Nathan Lane (“The Good Wife”), Uma Thurman (“Smash”), Whoopi Goldberg (“The View”) and Jane Krakowski (“30 Rock”) will guest star in the CW holiday special on Monday December 11 at 9:00 PM. After Gonzo accidentally redirects three letters to Santa, Kermit and his friends personally help him deliver them to the North Pole.

American County Awards:
Interview! Back in August we alerted fans to the FOX event, which will air on Monday December 10 at 8:00 PM. Soaps.com sat in on a conference call with co-host Kristin Chenoweth (“GCB,” “Glee”) and when asked how she felt about the impact her “GCB” character, Carline, would have on country music fans, Chenoweth stated, “In my idea, people really loved Carline. They love to hate her sort of. She was that kind of character. I loved that we had so many people that related to it. It’s funny to me. We got those numbers every morning and the people that watched the show the most, the highest numbers, were in Nashville, Tennessee. I sort of loved that because I thought, ‘They get it,’ because they know this a real world. Those characters that we all played on ‘GCB’ were so fun. It disheartened me to think that there was a few that thought it was making fun of God, because… it’s a big part of who I am.”

Arrow:
Holiday episode! Christmas is in full swing in the Queen’s household in the CW December 12 8:00 PM episode titled “Year’s End.” Wednesday Episode Teasers: Oliver realizes that Moira and Thea no longer celebrate Christmas and makes plans to throw a family party. Laurel tells Tommy why she can’t spend Christmas with him. After Diggle tells Oliver about numerous murders, Oliver faces his toughest adversary to date. In casting news… Manu Bennett (“Spartacus”) has landed a multi-episode arc to appear as a major character – Slade Wilson. Stay tuned for his first airdate.

Beauty And The Beast:
Wedding bells ring in the CW’s December 13 9:00 PM episode titled “Bridesmaid Up.” Thursday Episode Teasers: Many try to find Catherine a date for her father’s wedding. Evan’s research grant comes to light, and even though Joe is married, he and Tess cross the line.

Bones:
Back from the dead recast! Brooke Langton (“Friday Night Lights,” “Melrose Place”) has been cast to play Brennan’s dead mom, Christine, in season eight. Longtime fans will remember seeing Christine, previously played by Larisa Miller, in flashbacks during season two. This time a near death experience will bring her back to the canvas. Stay tuned for her airdate. The series airs on FOX, Mondays at 8:00 PM.

Community:
Chevy Chase has left the NBC series abruptly and allegedly by ‘mutual agreement’. So, what will happen with his character, Pierce Hawthorne, in season four – set to return on Thursday February 7, 2013 at 8:00 PM? Sources are saying it’s anyone’s guess at this point. Stay tuned for details. In other news, Jason Alexander (“Seinfeld”) will appear in a guest starring role during season four and tweeted:

Filming a crazy episode of COMMUNITY this week. Can’t say much about it but it’s a fun one.

Cult:
The CW’s new series, starring “The Vampire Diaries'” Matt Davis (ex-Alaric), will premiere on Tuesday February 19 at 9:00 PM. Get a sneak peek through our Cult promo video.

Elf:
Fans of Will Farrell won’t want to miss the rebroadcast of his holiday special. Tune in to CBS on Saturday December 15 at 8:00 PM.

Gossip Girl:
Misdeeds from the past threaten the future in the CW's December 10 9:00 PM episode titled "The Revengers." Monday Episode Teasers: Blair becomes concerned for Chuck’s safety, who makes a deal that could change his life. Serena, Georgina and Sage help with a plan in regards to Bart, and Nate finds himself somewhere he never imagined due to his financial dilemma.

Hart Of Dixie:
Holiday episode! Memories of Christmas' past are reflected upon in the CW's December 11 8:00 PM episode titled "Blue Christmas." Tuesday Episode Teasers: Zoe worries about her mother's upcoming holiday visit and potentially ruins Christmas Eve for BlueBell. Lavon's special plans for Ruby go awry because of Lemon, and George has a hard time finding the perfect gift for Tansy.

Hot In Cleveland:
Sendhil Ramamurthy ("Covert Affairs," "Heroes") has landed a guest-starring role as a highly sought after doctor. He'll share scenes with Jane Leeves (Joy), which will air during the second half of season four in the summer of 2013.

Murder Police:
Pick-up! FOX has ordered thirteen episode of the new animated comedy series, which follows a dedicated but incompetent detective and his colleagues. Keep an eye out for its 2013-2014 season debut.

Picture Paris:
Julia Louis-Dreyfus ("Veep," "Seinfeld") will star as Ellen Larson in the new short film debuting exclusively on HBO on Monday December 17 at 9:00 PM. Ellen, a suburban mom whose youngest child is about to go off to college, is scared of what happens next in a life without kids. Wanting to take a special trip to Paris with her husband, Ellen discovers the journey isn't what she expected. Louis-Dreyfus’ husband, Brad Hall, wrote and directed the film. Watch the trailer below.

Prancer Returns:
John Corbett ("Parenthood"), Michael O'Keefe ("Daybreak") and the late Jack Palance ("Treasure Island") star in the CW two-hour 2001 holiday special on Friday December 14 at 8:00 PM. A lesson is learned when a young boy finds a deer that he believes is Santa's Prancer.

Private Practice:
Audra McDonald, who played Dr. Naomi Bennett from 2007 to 2011, will be reprising her character during the series finale, which will air at the end of January. Until then tune in to ABC Tuesdays at 10:00 PM.

Southland:
Season premiere! The fifth season of TNT's series will premiere on Wednesday February 13 at 10:00 PM. Production began during the last week of November, and fans can look for Chad Michael Murray ("One Tree Hill") to appear in two episodes of the coming season.

The Carrie Diaries:
With all of the hype surrounding the new CW series, which premieres on Monday January 14, here's your first look at what's ahead.

The Elf On The Shelf: An Elf's Story:
CBS will rebroadcast its animated special on Friday December 14 at 9:30 PM. One North Pole elf will help Santa decide who's been naughty or nice.

The Simpsons:
Interview! Soaps.com sat in on a conference call with those working behind the scenes on the FOX series. When Producer Matt Selman was asked how the show has changed over the years, he shared, "Every episode is different. We’re pitching new episodes for season 26 tomorrow and I’ve still got tons of idea, which is unbelievable. Not that I’m good, but I think – okay, I’m really good – but it’s more that the show’s just a great mirror and the world keeps changing, so as long as the world keeps changing, we can keep running it through 'The Simpsons' meat grinder and to me it seems fresh and interesting. Hopefully people will think the Fred and Carrie episode is fresh and interesting. Some of the hipster stuff they might accuse us of being a little late to the game on, but once it’s in syndication, people will never know when it aired. Maybe it aired in 2007 and we were super ahead of it. That’s one of the greatest things."

Under The Dome:
Forget the pilot testing stage… CBS is confident that a new show based on Stephen King's 2009 novel will be such a hit that the network is taking it straight to series. Come summer of 2013 viewers can tune in to see what happens in the New England town that is covered by a huge see-through dome.

Yes, Virginia:
CBS will rebroadcast its animated Christmas special on Friday December 14 at 9:00 PM, which features the voices of Neil Patrick Harris (the father), Jennifer Love Hewitt (the mother) and Alfred Molina (Editor Francis Church). The story takes place in the late 1800s in New York City and follows eight year old Virginia O'Hanlon whose love of Christmas is ruined when a playground bully reveals that Santa Claus doesn't exist.

If it's strictly spoilers you're looking for view our Primetime TV Spoilers to find out who puts themselves in danger on "Fringe" then vote in Soap Opera Fan Blog's Soap Opera Polls on some of the current Daytime storylines.