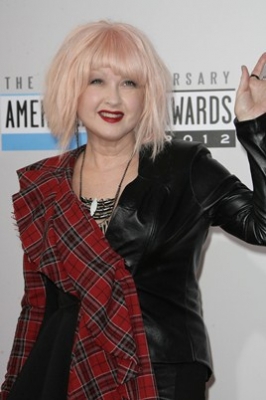 As holiday season Primetime specials pick up we’re finding more shows taking a break with a mid-season finale here and there. Tune in to see which favorite shows are starting to get into the holiday spirit.

2 Broke Girls: And The New Boss.
An intern is hired to help open the cupcake shop and Max deals with being a manager Monday December 3, at 9:00 PM on CBS.

90210: 902-100.
The Playboy Mansion is home to Naomi’s lingerie show, which is expected to impress the West Beverly alumni group, Silver does burlesque, word about the blackmail threats get around, and Dixon learns more about Adrianna Monday December 3, at 8:00 PM on CW.

Arrow: Vendetta.
The Huntress is trained as Oliver’s ally, Diggle doesn’t trust her, and Helena kills the head of the Triad Wednesday December 5, at 8:00 PM on CW.

Beauty And The Beast: Trapped.
Someone attempts to murder a pop star, Cat and Tess investigate, and Vincent remembers more of his past Thursday December 6, at 9:00 PM on CW.

The Big Bang Theory: The Fish Guts Displacement.
Sheldon nurses Amy to health after she falls ill, and Wolowitz goes on a fishing trip in an effort to build a relationship with his father-in-law Thursday December 6, at 8:00 PM on CBS.

Bones: The Ghost In The Machine.
In the 150th episode, the team questions their beliefs after a psychic helps in an investigation involving a boy whose soul is thought to be alive. Viewers will see everything from the perspective of the deceased victim, making this a memorable episode Monday December 3, at 8:00 PM on FOX. Cyndi Lauper (“Celebrity Apprentice”) guest stars as psychic Avalon Harmonia.

Burn Notice: Best Laid Plans.
Sam gets involved with a robbery amidst Michael dealing in a valued item of technology, and Madeline needs a favor and relies on Barry to take a risk Thursday December 6, at 9:00 PM on USA. Sonja Sohn (“The Wire”) and Patton Oswald (“The King Of Queens”) guest star.

Castle: Secret Santa.
A Santa Clause look-a-like is found murdered in Central Park, an investigation of the victim turns up bad news for Santas, and it appears to be a Christmas for two for Castle ad Beckett Monday December 3, at 10:00 PM on ABC.

Criminal Minds: The Lesson.
Mutilated bodies of deceased males are found, a ritualistic killer is on the loose, and Reid is about to meet his mystery woman Wednesday December 5, at 9:00 PM on CBS.

CSI NY: The Real McCoy.
$10,000 is stolen after an owner of a speakeasy is murdered and Adam finds a new way to pass the time on his day off Friday December 7, at 9:00 PM on CBS.

Dexter: Do You See What I See?
Debra is tipped off by Hannah’s father, Dexter may be in danger due to incriminating evidence in a crime, and news of Dexter’s mother’s murderer being released reaches him Sunday December 9, at 9:00 PM on Showtime.

Don’t Trust The B—- In Apartment 23: Whatever It Takes.
Chloe becomes June’s mentor in networking, June’s dream job offer gives her a moment of pause, and James seems to have drawn the short end of the stick when he is partnered with a bad dancer on “Dancing With The Stars” Tuesday December 4, at 9:30 PM on ABC. Dean Cain (“Lois & Clark”) and Missi Pyle (“The Artist”) guest star.

Emily Owens, M.D.: Emily And…The Good And The Bad.
A flower-delivery man is uncertain about getting treatment after collapsing, Emily and Will need to help a sick prisoner, and both try to remain professional in spite of his crimes Tuesday December 4, at 9:00 PM on CW.

Fringe: The Human Kind.
Peter puts himself in danger, and Olivia meets up with an intuitive woman while looking for equipment for Walter Friday December 7, at 9:00 PM on FOX.

Glee: Swan Song.
Sectionals are over and Finn wants to think about his future with the glee club, Rachel prepares for the upcoming NYADA’s winter showcase, and a second chance audition gives Kurt another chance Thursday December 6, at 9:00 PM on FOX. Whoopi Goldberg (“Star Trek – The Next Generation”) guest stars. Check out the recent Glee Weekly Recap from last week, “Thanksgiving.”

Gossip Girl: It’s Really Complicated.
Friends are expected for Thanksgiving at Serena and Dan’s, Chuck’s depressed about his relationship with his father, Blair gets involved with Chuck’s issues, and Dan may think that friendship is more important than publishing his recent article Monday December 3, at 9:00 PM on CW.

Grey’s Anatomy: Love Turns You Upside Down.
Meredith looks to Heather for help repairing Derek’s hand, Cristina wants the interns to get competitive, Shane has something to learn from April and Alex realizes there’s a change in Jo Thursday December 6, at 8:00 PM on ABC. For a recent update, visit Grey’s Anatomy Recap: I Was Made For Lovin’ You.

Hart Of Dixie: Sparks Fly.
Men’s picnic baskets are the price at a local charity auction for women, Zoe worries about the competition over Wade’s basket, Lemon wins Lavon’s basket, and George works on getting Tansy’s interest in his basket Tuesday December 4, at 8:00 PM on CW.

Haven: Last Goodbyes.
Audrey wakes up to a quiet and seemingly deserted Haven. While Haven is in a deep sleep Audrey works with the only other awake person on the Bolt Gun Killer case Friday December 7, at 10:00 PM on SyFy.

Hawaii Five-0: Ha’awe Make Loa (Death Wish).
A robbery gone badly puts Max and a bank teller he’s crushing on in danger, unexpected motives come to the forefront in the heist, and a model gets protection from Danny Monday December 3, at 10:00 PM on CBS.

Homeland: The Motherf. With A Turban.
Nazir is still being hunted by Carrie, something is wrong inside the Agency, Roya’s interrogation does not bode well, and Saul finds his career in jeopardy due to unforeseen problems that arise Sunday December 9, at 10:00 PM on Showtime.

How I Met Your Mother: Lobster Crawl.
Robin considers a fling with Barney, Ted gives being a nanny a try for Marvin, and Marshall and Lily figure there’s a motive to the move Monday December 3, at 8:00 PM on CBS.

Last Man Standing: Circle Of Life.
Mike goes hunting and returns home with a duck, Boyd refuses to eat meat after Kristen objects to the violence of hunting, and Mike reciprocates with a lesson on the circle of life Friday December 7, at 8:00 PM on ABC.

Law & Order SVU: Dreams Deferred.
The detectives work together with a prostitute from an old case, the FBI investigates her connection to a killer on a rampage, and her life is put in danger Wednesday December 5, at 9:00 PM on NBC. Patricia Arquette ("Medium") guest stars.

The Mentalist: Panama Red.
A young botanist is murdered, the CSI finds a link to the recent murder with a group involved with medical-marijuana, and Cho is happy to be part of the rapid-response team where he hopes to get Summer’s attention Sunday December 9, at 10:30 PM on CBS.

The Middle: Christmas Help.
Frankie sets new career goals and decides to find a job at a department store to get a retail discount for Christmas, Mike’s brother fills the Hecks’ garage with stolen goods which Axl finds useful, and Brick becomes part of the cast for a church play Wednesday December 5, at 8:00 PM on ABC.

Mike & Molly: Mike Takes A Test.
Mike wants to become a detective, Molly tries to be encouraging, and stress enters the relationship before the exam Monday December 3, at 9:30 PM on CBS.

The Mindy Project: Two To One.
Danny and Jeremy’s disrespect sends Mindy on a quest to be her own boss and midwives give Shulman’s practice a run for its money when they start stealing patients Tuesday December 4, at 9:30 PM on FOX.

The Office: Dwight Christmas.
Holiday cheer is lacking at the office so Dwight celebrates the Schrute way, Darryl feels Jim may have excluded him from a job opportunity in Philadelphia, and Erin learns about the cinema classic "Die Hard" Thursday December 6, at 9:00 PM on NBC.

Parenthood: Trouble In Candyland.
Sarah continues to help Hank fix things with his family, Sarah’s relationship with Hank frustrates Mark, Julia worries over Victor, Joel decides to help Ryan and gives him a job, and Crosby and Adam try to save the Luncheonette Tuesday December 4, at 10:00 PM on NBC.

Parks and Recreation: Ron And Diane.
Ron and Diane attend a woodworking-awards dinner, Diane meets Ron’s ex-wife Tammy Two, and Jerry throws a party while excluding some people from the invite list Thursday December 6, at 9:30 PM on NBC.

Private Practice: Life Support.
Cooper and Charlotte fight, the triplets’ lives may be in danger, and Violet comforts a friend who is about to take someone close off of life support Tuesday December 4, at 10:00 PM on ABC.

Raising Hope: Squeak Means Squeak.
Sabrina is accused of avoiding the hard part of parenting Hope, Jimmy and Barney join the auxiliary police force for a day, Sabrina takes the reins to prove her parenting skills, and Virginia and Burt try to intervene in squirrel bullying Tuesday December 4, at 8:00 PM on FOX.

Rizzoli & Isles: Love The Way You Lie.
Jane and Maura try to figure out if a notable young author committed suicide, Frost is stuck on an old case, and Jane may have the goods on Angela’s secret romance Tuesday December 4, at 9:00 PM on TNT.

Scandal: Happy Birthday, Mr. President.
After a national tragedy Olivia returns to the White House, we reflect on early days in the presidency, and it is possible the shooter is revealed Thursday December 6, at 10:00 PM on ABC.

Sons of Anarchy: J’ai Obtenu Cette.
Jax deals to get rid of old problems but it’s possible he won’t hand over a brother, Tara plans to leave Charming with the boys, and Jax threatens Alex Tuesday December 4, at 10:00 PM on FX. This is the season finale.

Supernatural: Citizen Fang.
In the season finale, Dean defends Benny when deaths at the hands of a vampire occur, Dean’s life may be in danger, and we find that Sam isn’t trusted as much as Benny Wednesday December 5, at 9:00 PM on CW.

Two and a Half Men: One Nut Johnson.
Walden needs an alias and gets Alan’s help so he can search for a woman more interested in him than in his money Thursday December 6, at 8:30 PM on CBS.

Vampire Diaries: We’ll Always Have Bourbon Street.
Stefan and Damon reminisce about their last trip to New Orleans while revisiting the city, Damon stumbles upon one of his lovers, and Elena dishes up some shocking news to Caroline and Bonnie during an evening of fun together Thursday December 6, at 8:00 PM on CW. Check out last week’s Vampire Diaries Recap of "My Brother’s Keeper."