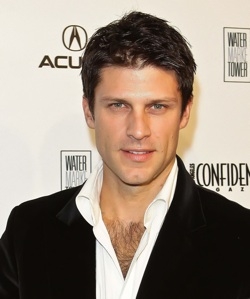 In November, “B&B” said goodbye to its matriarch, “DOOL” welcomed back a favorite son, “GH” boasted a slew of returning classic characters and “Y&R” prepared for a few newbies. No matter what they say, things are always changing in Daytime.

The Bold And The Beautiful:
There was a long build up to Stephanie’s goodbye, as Lesli Kay and Tracy Lindsay Melchior returned as her daughters Felicia and Kristen respectively. It all led up to November 26, as Susan Flannery made her last appearance as the Forrester matriarch, who quietly died in Brooke’s (Katherine Kelly Lang) arms. But the show must go on. A new member of the Logan and Spencer clan was introduced, as Katie (Heather Tom) gave birth to son Will, played by Caelan and Declan Warden. Also, the show is looking to cast a new hottie to play a core family member’s next love interest. Find out who in The Bold and the Beautiful Comings and Goings.

Days of our Lives:
The past few months have seen many a Salemite leave the canvas, but November turned things around with a couple of returns and news of a few more. “DOOL” welcomed back Eric Brady on November 13 in the form of Greg Vaughan. The character has changed a bit since viewers last saw him, as he is now a priest. For more on his return, read Soaps.com’s Greg Vaughan interview. Other returns included Caroline Brady, played by Peggy McCay, and Stefano DiMera, played by Joe Mascolo. There are also two more returns in the works, as Nadia Bjorlin is set to reprise her role of Chloe on January 4 and Patrika Darbo will follow as her mother Nancy. There might even be one more fan favorite reprising his role. Find out who recently got the rumor mill buzzing on Twitter in the Days of our Lives Comings and Goings.

General Hospital:
You never know who is going to pop up from the past in Port Charles these days. In November alone, fans saw Anders Hove reprise his role of classic baddie Cesar Faison, Stuart Damon pay ghostly visits to his loved ones as Alan Quartermaine, Kimberly McCullough pop up as the kidnapped Robin Scorpio Drake and Tristan Rogers finally made his way back to Port Charles as Robert Scorpio. There's also Constance Towers and Lynn Herring's reprisals of Helena Cassadine and Lucy Coe to look forward to in December. As for new blood, Kelly Monaco's (Sam) "Dancing with the Stars" partner Val Chmerkovskiy will guest star as a boxer in December. In the midst of all this good news, one exit might be on the horizon. Find out who is rumored to be leaving in the General Hospital Comings and Goings.

The Young And The Restless:
November welcomed back two powerhouses as Jess Walton finally returned as Jill Foster Abbott Fenmore and Jerry Douglas made another of his from-beyond-the-grave appearances as John Abbott. Genoa City also saw soap alum Blake Gibbons (Coleman, "General Hospital") stop by as Eddie Graham and will be home to Ignacio Serricchio's (ex-Diego, "GH") Detective Alex Chavez in December. A few newbies are on their way as well, as Lamon Archey will appear as Mason, Redaric Williams pops up as Tyler Douglas and Corey Sligh will play an unspecified character. There are no new significant exits on the horizon, but there's one popular actor who came from another soap whose role has been dropped from contract to recurring. Find out who in The Young and the Restless Comings and Goings.

Celebrities are landing in hot water all over the place. Find out who got busted this week in Soaps.com's Reality TV Rush. Get a look at Val Chmerkovskiy on General Hospital on Soap Opera Fan.