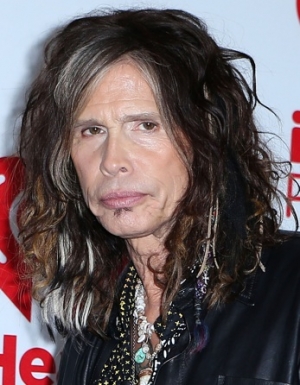 There’s a slew of new reality TV shows coming out, along with several others returning. There were also a couple of arrests and one doozey of a feud. Keep up with the ever changing reality TV show landscape.

American Idol:
Nicki Minaj’s feud with Mariah Carey is old news. The show’s new judge has moved on to ex-judge Steven Tyler. In an interview with MTV, Tyler criticized the new judges, which caused Minaj to accuse him of being a racist. Go to Celebrity News for more.

America’s Next Top Model:
The long running reality show’s latest judge Rob Evans has landed in hot water. He was charged with felony assault with a deadly weapon in March and initially cooperated with the cops. When Evans decided to stop communicating with the police, they issued a warrant for his arrest. He turned himself in the day before Thanksgiving, but was released after posting $60,000 bail.

As for departed host and photographer Nigel Barker, he is already on to his next project. Barker will head up “The Face,” also featuring models Naomi Campbell, Coco Rocha and Karolina Kurkova. “The Face” will take a look at the business from a supermodel’s perspective as each of the above mentioned models will serve as coaches to the women vying to become the face of Ulta. “The Face” will premiere February 2013 on Oxygen.

The Bachelor:
Sean Lowe will feed his ego when a gaggle of women fight over him beginning in January. Take a look at the craziness that’s about to be unleashed in the promo below.

Boston’s Finest:
Donnie Wahlberg (“Blue Bloods”) serves as the executive producer of the TNT reality show. “Boston’s Finest” revolves around the women and men of the Boston Police Department, including beat cops, detectives, SWAT and special task forces. Like any good reality show, it will also follow them home to highlight the officers’ home lives. “Boston’s Finest” will premiere on February 27.

Dancing With The Stars:
After 14 seasons, celebrity Melissa Rycroft helped professional Tony Dovolani win his first mirror ball trophy in the November 27 All Star season finale. But season 14’s William Levy is also making news, as he has been cast in “Tyler Perry’s Single Mom’s Club.” The film, also starring Eddie Cibrian (ex-Cole, “Sunset Beach,” ex-Matt, “The Young and the Restless”), Nia Long (ex-Kat, “Guiding Light”) and Wendi McLendon-Covey (“Bridesmaids”), is about a group of single mothers who bond after an incident at their kids’ school.

In other celebrity dancing news, Hope Solo’s husband, who was arrested for assaulting her before their wedding, was taken into custody in Tampa, Florida. That altercation was a violation of his probation from a prior arrest in 2010 for marijuana possession.

Freakshow:
AMC is headed to the West Coast to showcase Todd Ray’s Venice Beach Freakshow. Ray and his wife have brought all things bizarre including two-headed animals, eccentric performers and human oddities for all to see on the Venice Beach Boardwalk. Watch what’s to come in February from the unique individuals who proudly call themselves “Freaks” in the clip below.

Jesse James: Outlaw Garage:
Jesse James just broke off his engagement to “L.A. Ink’s” Kat Von D in September and now he’s engaged to someone new. James popped the question to drag racer Alexis Jejoria, daughter of Paul Mitchell co-founder John Paul Dejoria, after dating for just a month. Considering his notorious history, it remains to be seen if James will actually get married for a fourth time.

Lizard Lick:
The truTV show is returning for a third season on January 21. The series follows Ron and Amy Shirley, who own Lizard Lick Towing & Recovery, as they, along with best friend Bobby, track down and repossess property. In case you’re not familiar with the show, take a look at Ron’s craziest repo moments.

Married To Medicine:
Bravo's new reality show based in Atlanta will feature successful women connected to the world of medicine. Outside of work, their style and southern flair will be highlighted.

The Real World:
The 1994 San Francisco season's bad boy Puck, a.k.a. David Rainey, turned himself into the Wasco State Prison in California on November 8. He is serving time after being convinced in February of stalking. He was sentenced to two years, but has been given credit for 401 days time served.

Robot Combat League:
Beginning February 26, Syfy will feature tournament-style battles between fighter controlled robots. A robotics engineer will be on hand as the machines mimic the moves of fighters in special suits. Mark Setrakain ("Hellboy," "Men in Black") is the designer and creator of the robots.

Taking Atlanta:
The new series greenlighted for Bravo will follow a group of ambitious professionals living in Atlanta as they pursue their careers in the fashion, music, hospitality and real estate worlds. Their social lives will also be featured, naturally.

The Voice:
He's conquered TV as a coach on "The Voice" and made an appearance on "Parenthood" last season. Now, Cee Lo Green is trying his hand at comedy. The performer will guest star on FX's "Anger Management" as a heightened version of himself when he seeks out Charlie Sheen's character to help him deal with his stress. Word is, Green is also working on his own sitcom for NBC.

Who Gets The Last Laugh:
Ashton Kutcher doesn't host "Punk'd" anymore, but he isn't done with pranking people on TV. Kutcher and his partner Jason Goldberg have co-created the reality show which pits famous comedians against each other to see who can pull the most outrageous practical jokes. Hosted by Donald Faison ("Scrubs"), the show will feature comedians Andy Dick, Tom Green, D.L. Hughley, Bam Margera, Charlie Murphy, Cheri Oteri and more. The series will debut in spring 2013 on TBS.

Keep up with Gabriel Aubry and Olivier Martinez's feud in Soaps.com's Celebrity News and watch the Revenge spoiler video for the winter finale on Soap Opera Fan.