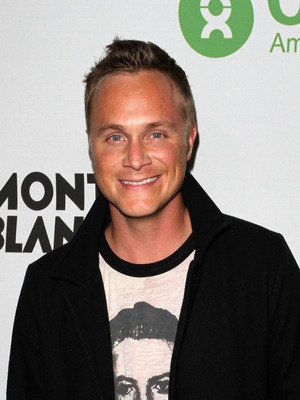 There is a lot set to take place in Primetime television during the week of December 3, as well as a few scoops for before and after. This week’s Primetime Dish column highlights episode teasers, casting scoops, a CW timeslot change, a Victoria’s Secret model being stalked, and two former 90s stars joining a reboot of their hit series…

2012 CMT Artists Of The Year:
This year’s award show will air on CMT on Saturday December 8 at 11:00 PM. Though plenty of performances are guaranteed the list of honorees are being kept top secret until they are revealed during the show.

90210:
Former Playboy Playmates Denise Richards (“Anger Management”) and Carmen Electra (“Perfect Catch”) guest star in the December 3 8:00 PM CW episode titled “902-100.” Monday Episode Teasers: Naomi hosts a lingerie show at the Playboy Mansion for charity but has ulterior motives for doing so. Many are surprised when Silver performs burlesque at an event. Liam tells Annie about some blackmail threats then accepts Navid’s apology, and Dixon makes a discovery.

Anger Management:
Cee Lo Green (“The Voice”) will appear in the FX series as a ‘version of himself’ during a season two episode. No word yet on Green’s airdate.

Arrow:
On Wednesday’s December 5 8:00 PM CW episode titled “Vendetta” Oliver trains Helena to be his ally and teaches her the art of using a crossbow. Diggle’s not sure Helena can be trusted, and all hell breaks loose after Helena kills the head of the Triad. This episode will repeat on Friday December 7 at 9:00 PM. In casting news, David Anders (“Once Upon A Time”) will appear in a guest starring role as a criminal named Cyrus Vanch in episode thirteen.

Beauty And The Beast:
In Thursday’s December 6 9:00 PM episode titled “Trapped” JT suspects the trigger of Vincent’s blackouts have something to do with Catherine. After being injected with endorphins and sedatives, Vincent recalls his time in Afghanistan. Cat and Tess investigate the attempted murder of a teen pop star, and Evan comes to a conclusion.

Boardwalk Empire:
In HBO’s Sunday December 2 9:00 PM episode titled “Margate Sands” Nucky surrenders control of one of his prized assets. Harrow plans to take care of some unfinished business. Luciano is forced to take on a new partner. Chalky and Capone take on Masseria’s men, and Margaret makes plans to end one relationship and possibly resume another. “I Ain’t Got Nobody” by Patti Smith will be featured.

Cougar Town:
View the latest promo, “Spill The Wine,” for the TBS series, which returns on Tuesday January 8 at 10:00 PM.

CSI: NY:
Laura Vandervoort (“Haven,” “Smallville”) has landed a guest starring role as Macy, a recent parolee, in an upcoming January episode. Stay tuned for Vandervoort’s airdate and tune in to CBS Fridays at 9:00 PM.

Dallas:
We were very sad to report that Larry Hagman has passed away. Read within the link a quote from the actor on his time filming the reboot during his struggle with cancer. Season two premieres on January 28, 2013.

Emily Owens, M.D:
Cancellation. The CW has decided to cancel its freshman series due to low ratings. Finishing up the remaining episodes… Judgment calls will have to be made in the December 4 9:00 PM episode titled “Emily And… The Good And The Bad.” Tuesday Episode Teasers: Emily is determined to diagnose the condition of the beloved hospital flower deliveryman. Will and Emily have a hard time staying professional when the crimes of a sick prisoner are revealed, and Dr. Dupre tries to make things right with Tyra.

Girl Meets World:
Ben Savage (“Lake Effects”) and Danielle Fishel (“Yes, Dear”) are joining the Disney channel pilot as their “Boy Meets World,” which aired from 1993 to 2000, characters Cory Matthews and Topanga Lawrence. The show will surround the happily married high school sweethearts who are raising their thirteen year old daughter Riley. Stay tuned as the role of Riley is still being cast.

Gossip Girl:
The CW will deliver a holiday themed episode titled “It’s Really Complicated” on December 3 at 9:00 PM. Monday Episode Teasers: Serena and Dan plan their first Thanksgiving together with their closest friends. Chuck begins a downward spiral after feeling defeated by his father, and Dan must make a tough decision whether to publish his latest expose, which could destroy a close friendship. What the spoiler video for more.

Hart Of Dixie:
In the CW’s Tuesday December 4 8:00 PM episode titled “Sparks Fly” Wade struggles with his place in Zoe’s life and decides a date is in order. Lemon keeps her true feelings for Lavon to herself, and George makes plans to bring Tansy closer to him.

Hawaii Five-0:
On Monday December 3 at 10:00 PM Rumer Willis, daughter of Bruce Willis and Demi Moore, and Victoria’s Secret Supermodel Behati Prinsloo will guest star. In the episode titled “Ha’awe Make Loa” Max (Masi Oka) and his crush (Willis) are put in harm’s way due to a botched bank robbery, and Danny (Scott Caan) comes to the rescue of a Victoria’s Secret model (Prinsloo), who’s being stalked.

Hunted:
In Cinemax’s Friday December 7 10:00 PM episode titled “Snow Maiden” Sam is placed in terrible danger after her cover is blown. Byzantium has to take action against Jack, and Sam and the Byzantium team have to overcome Jack to complete their mission.

Private Practice:
Audra McDonald, who played Dr. Naomi Bennett from 2007 to 2011, will be reprising her character during the series finale, which will air at the end of January. Until then tune in to ABC Tuesdays at 10:00 PM.

Revenge:
Watch the Revenge Spoiler Video: Revelations for a peek into what's set to go down in the winter finale this Sunday December 2 at 9:00 PM.

Rudolph The Red-Nosed Reindeer:
CBS will air the holiday classic on Tuesday December 4 at 8:00 PM.

Supernatural:
In Wednesday's November 5 CW 9:00 PM episode titled "Citizen Fang" Sam doesn't let Dean know that he asked a hunter to keep an eye on Benny, and Dean defends his friend and is forced to make a very hard decision.

The Flight Before Christmas:
The CBS animated Christmas special follows a young reindeer with ambitions of becoming an expert flyer like his father and will be rebroadcast on Saturday December 8 at 9:00 PM.

If it's strictly spoilers you're looking for view our Primetime TV Listings to find out whose future is in danger on "The Walking Dead" then read our Revenge Recap: Lineage before this Sunday's winter finale.