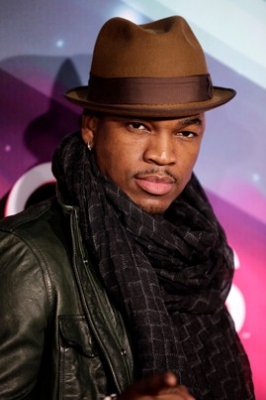 This week is busy following the Thanksgiving holiday, from a musical performance by Ne-Yo to a returning astronaut fighting over a parking space and a visit from The Huntress. What can we say? There is always something on in Primetime worthy of your attention.

2 Broke Girls: And The Egg Special.
A storefront becomes available that may be perfect for a cupcake shop, Max and Caroline try to raise money, and the girls visit a doctor to sell their eggs Monday November 26, at 9:00 PM on CBS.

30 Rock: Mazel Tov, Dummies!
Liz and Criss want to start a family after bumping into Dennis Duffy, Tracy deals with a health issue, and Jack and Jenna evaluate their self-worth Thursday November 29, at 8:00 PM on NBC.

666 Park Avenue: Hypnos.
Jane finds a connection between her family and the Drake when transported back in time to 1927, someone figures out Sasha’s identity, and Henry may run for city council Sunday December 2, at 10:00 PM on ABC.

90210: 99 Problems.
Adrianne thinks Dixon may propose and wants to be honest about her affair, Annie is stood up by Riley, Max considers hiring someone to replace Alec, and a threatening letter is sent to Liam requiring him to get a bodyguard Monday November 26, at 8:00 PM on CW. Guest stars include Ne-Yo who will perform, Natalie Morales (“Parks and Recreation” and “White Collar”) and Amber Stevens (“Greek”).

Beauty And The Beast: Out Of Control.
Vincent is having blackouts, J.T. tries to help Vincent but thinks he is involved in a murder, and Evan is kidnapped Thursday November 29, at 9:00 PM on CW.

The Big Bang Theory: The Parking Spot Escalation.
Sheldon loses his parking space at the university to Wolowitz, the entire gang deals with the fallout between Sheldon and Wolowitz, and a battle of wits and a wrestling match ensues Thursday November 29, at 8:00 PM on CBS.

Boardwalk Empire: Margate Sands.
In the season finale, Rothstein gains a key asset from Nucky, Nucky may have disrupted the Rosetti-Masseria alliance to gain control of Atlantic City, after an arrest in New York Luciano finds a new drug partner, Gillian’s brothel hasn’t seen the last of Harrow, and Margaret deals with a problem in the romance department Sunday December 2, at 9:00 PM on HBO.

Bones: The But In The Joke.
A street artist breaking the law falls into his own glue and into human remains, the team needs to find out who the victim is and remove the remains still attached to the artist, Booth goes undercover as a comedian, and Angela finds herself attracted to the artist Monday November 26, at 8:00 PM on FOX.

Criminal Minds: Magnificent Light.
A motivational speaker disappears from a conference after an attendee is murdered, Morgan skips a dinner to honor a family friend, Garcia is confused by Morgan’s reluctance to attend the dinner Wednesday November 28, at 9:00 PM on CBS.

CSI: Strip Maul.
Local law enforcement get help on the strip from the CSIs, a dead body turns up in a car, six suspects are investigated, and Brass learns a few things he didn’t know about his daughter Wednesday November 28, at 10:00 PM on CBS.

CSI NY: Blood Out.
Detective Lovato’s cover gets blown, the CSIs need to investigate a Latin street gang Lovato infiltrated while undercover, and Lovato’s past catches up with her and she needs someone to turn to Friday November 30, at 9:00 PM on CBS.

Dexter: The Dark…Whatever.
Hannah’s father visits Dexter unexpectedly, the Phantom Arsonist is becoming more vicious, Quinn’s attempt to defend Nadia’s honor puts him in a bad situation, and LaGuerta seeks out a former superior for an assist on the Bay Harbor Butcher case Sunday December 2, at 9:00 PM on Showtime.

Emily Owens, M.D.: Emily And…The Question Of Faith.
A patient questions his beliefs after a near death experience during surgery, Dr. Bandari thinks Emily should fix the situation, Tyra considers coming out to her father, and Will decides to bypass the system instead of waiting for test results Tuesday November 27, at 9:00 PM on CW.

Glee: Thanksgiving.
Members get help from alumni for the upcoming Sectionals, Quinn will mentor Kitty, and Rachel and Kurt celebrate Thanksgiving in New York Thursday November 29, at 9:00 PM on FOX. Check out the recent Glee Weekly Recap from last week, “Dynamic Duets.”

The Good Wife: Battle Of The Proxies.
Alicia tries to influence a case by helping a prosecutor trying a man for the same crime as Will’s client is accused of, and the justice department has Eli on edge Sunday December 2, at 9:00 PM on CBS.

Gossip Girl: Save The Last Chance.
Chuck is betrayed by an ally, Blair gets help winning over Sage, Dan and Serena think they want to be together, and Blair tries to prove herself to Eleanor Monday November 26, at 9:00 PM on CW.

Grey’s Anatomy: I Was Made For Lovin’ You.
Bailey and Ben have a disagreement planning the wedding, Cristina and Owen evaluate their relationship, Jackson is distracted, and Callie wants help from Jackson to help Derek Thursday November 29, at 8:00 PM on ABC. For a recent update, visit Grey’s Anatomy Weekly Spoiler Video, “I Was Made For Lovin’ You.”

Hart Of Dixie: Achy Breaky Hearts.
Zoe and Lemon have issues with Lavon and Ruby’s romance, Ruby’s feelings may not be genuine, Wade tries to steer clear of George but they end up on a camping trip together, and Brick is ready to get serious with Emily Tuesday November 27, at 8:00 PM on CW.

Hawaii Five-0: Wahine’Inoloa (Evil Woman).
A therapist is a suspect for having possibly killed her patient, McGarrett investigates the crime, Catherine is searching a former target of Doris’s who is out for revenge Monday November 26, at 10:00 PM on CBS. Vanessa Marcil (ex-Brenda, “General Hospital”) and Carlos Bernard (“24”) both guest star.

Homeland: Broken Hearts.
Brody meets with Vice President Walden, Walden’s health is in danger after Ahmed sends commands via computer to Walden’s pacemaker, Abu Nazir gets news from Ahmed that the job is done, and Carrie steals a phone to call Saul and give up Abu Nazir’s location Sunday December 2, at 10:00 PM on Showtime.

Last Man Standing: Mother Fracker.
Vanessa has a disastrous presentation at career day, Eve pressures her mom to resign from her company due to its environmentally irresponsible actions, and Mike tries to defend Vanessa Friday November 30, at 8:00 PM on ABC.

Mike & Molly: Mike Likes Briefs.
Molly hasn’t gotten pregnant yet, Mike is worried, and Carl and Samuel have to advise Mike on the situation Monday November 26, at 9:30 PM on CBS.

The Mindy Project: Teen Patient.
A neighbor’s teen asks her about birth control and Danny gets a complaint about Morgan staring at Shauna inappropriately Tuesday November 27, at 9:30 PM on FOX.

Modern Family: When A Tree Falls.
Mitchell tries to support Cameron in efforts to save an old tree, Jay and Manny suffer through an Olympics-themed kid’s party, Claire takes a trip to a big-box store with Gloria Wednesday November 28, at 9:00 PM on ABC.

NCIS: Gone.
Ziva and Abby try to help when a teen girl is kidnapped during an attack of her father, a Navy captain, and her friend, Tony is jealous over Ziva’s plans with another man, and Gibbs calls on a past contact for assistance Tuesday November 27, at 8:00 PM on CBS. Kirsten Prout ("American Horror Story") and Alex Kingston ("Doctor Who") guest star.

The Office: The Target.
Angela finds out about Oscar’s affair with her husband, Jim goes to Stanley and Phyllis to ask a favor, Pam starts a mural in the warehouse, and Pete deals with the complaint cards Thursday November 29, at 9:00 PM on NBC.

Once Upon A Time: Queen Of Hearts.
The portal is compromised by Regina and Mr. Gold to prevent Cora from coming to Storybrooke, Emma and Mary Margaret’s lives are in danger because of the portal, and Captain Hook meets the Queen of Hearts in Wonderland Sunday December 2, at 8:00 PM on ABC.

Parenthood: You Can’t Always Get What You Want.
Julia gets used to being at home, a neighbor could pose problems for Crosby and the Luncheonette, Sarah and Mark deal with parenting issues, and Max has a decision to make serving as president of the student council Tuesday November 27, at 10:00 PM on NBC.

Parks and Recreation: Pawnee Commons.
Leslie is suspicious when she’s contacted by an architect after her public appeal for suggestions, Tom gets help from the office setting up a rent-a-swag business, and Andy spices up his gig as a security guard Thursday November 29, at 9:30 PM on NBC.

Raising Hope: The Walk For The Runs.
The Chances sign up for the Angry Bowel Syndrome charity walk in support of Jimmy’s childhood condition, age catches up with Burt and Virginia, and Sabrina finds no comfort in Jimmy after a spat with her ex Tuesday November 27, at 8:00 PM on FOX.

Revenge: Revelations.
Nolan deals with his past, Daniel has a dilemma when his position in the family company is questioned, and Carl’s christening is planned causing problems for the Porter brothers Sunday December 2, at 9:00 PM on ABC. Check out the recent Revenge Weekly Recap, "Lineage."

Revolution: Nobody’s Fault But Mine.
Miles has to meet with Monroe while trying to rescue Danny, Charlie learns something shocking before reuniting with her brother, and Rachel is on Monroe’s nerves Monday November 26, at 10:00 PM on NBC.

Rizzoli & Isles: Class Action Satisfaction.
A poisoning at a cafe brings the team to investigate, Stanley faces his true feelings, Tommy and Lydia deal with custody issues, and a former wife gets involved with Korsak Tuesday November 27, at 9:00 PM on TNT.

Scandal: Defiance.
The group assists a billionaire who is possibly mentally unstable, Harrison helps lead the group, Olivia plans a 50th birthday party for Fitz, and James inquiry into Cytron may turn into something big Thursday November 29, at 10:00 PM on ABC.

Sons of Anarchy: Darthy.
Jax arranges new things for the club and is under pressure to deliver Tig to Damon Pope, and there’s an ultimatum putting Jax’s family in danger Tuesday November 27, at 10:00 PM on FX.

Supernatural: Hunteri Heroici.
Castiel wants to become a hunter, Sam and Dean get assistance from Castiel investigating a man whose heart burst through his chest, strange murders in town seem related and resemble cartoon deaths Wednesday November 28, at 9:00 PM on CW.

Two And A Half Men: I Scream When I Pee.
Alan’s second ex-wife wants him back in her life, Walden wants to plan a special birthday for Berta, and Berta tries to forget her birthday Thursday November 29, at 8:30 PM on CBS.

Vampire Diaries: My Brother’s Keeper.
Elena and Caroline help April decide what to wear to the annual Miss Mystic Falls Pageant, Damon tries to find out what Shane is up to, and Jeremy is having nightmares and asks for Matt’s help Thursday November 29, at 8:00 PM on CW. If you missed the last aired episode visit the Vampire Diaries Recap of "We All Go A Little Mad Sometimes."

The Walking Dead: Made To Suffer.
Glenn and Maggie’s future is in danger, a problem arises in Woodbury, Andrea takes charge of the situation, and a new problem at the prison surfaces Sunday December 2, at 9:00 PM on AMC.