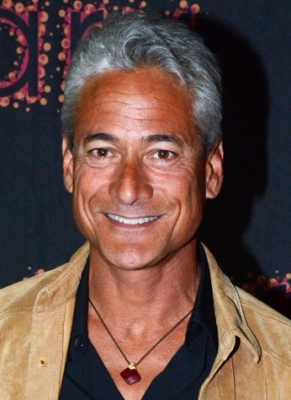 There are more cancellations on tap, but don’t worry, there are plenty of new shows on the way to replace them. There are also rumors of a reality show couple divorcing and a “DWTS” All Star mirror ball trophy showdown coming up. There’s never a dull moment in the world of reality TV.

American Chopper:
Its been on the air for 10 years and inspired many other shows like it, but its time to say goodbye to the Discovery Channel show. “American Chopper,” which follows a father and son’s custom motorcycle business has been canceled before due to the intense fighting between said father and son, but the show prevailed. Hailed as the first family docusoap, “American Chopper” will end its run on December 11 with a four-way bike build-off special in Vegas titled “The Revenge.”

Celebrity Splash vs. Stars in Danger: High Diving:
There will be two reality shows featuring celebrities taking on the challenge of diving, a la “Dancing with the Stars.” “Celebrity Splash” will be seen on ABC next year with Olympic diver Greg Louganis serving as a judge. “Stars in Danger” is expected to air in early 2013 on FOX. No celebrities have been announced for either show yet.

Dancing with the Stars:
The All Star season is almost a wrap, but first, the finals must take place to determine who will be the winner of the mirror ball trophy. Those going dance toe to toe on November 26 will be Kelly & Val, Shawn & Derek and Melissa & Tony. Tune in to the results show November 27 to find out if Shawn or Kelly will repeat their success from the first time around, or if Melissa, who is the only non-winner of her previous season in the finale, will take it home.

Dirty Jobs:
The discovery show hosted by Mike Rowe has been canceled. Since 2003, “Dirty Jobs” has featured people who make their livings in unthinkable and sometimes disgusting, yet necessary ways. On his  Mike Rowe Works blog, Rowe said of the axing, “We stuck to the mission statement. We stayed small. We worked hard. And we had a hell of a good time. It was, as they say, a very good run.” Will you miss it?

Jersey Shore stars give advice to Honey Boo Boo:
When asked by E! News the cast of “Jersey Shore” advised Honey Boo Boo on how to handle her sudden fame. Pauly D suggested she, “Run with it, run with it, run with it!” and to not take anything too personally. “Just push it aside, stay positive.” Meanwhile, The Situation advised, “I would tell her to have a good support system and try to be grounded. All of us have a good system when we come home where there’s family and friends and whatnot to ground us to make sure that we stay true to ourselves.”

Keeping Up With The Kardashians:
Rumors have been swirling lately that Kris and Bruce Jenner are getting divorced. Has Bruce finally had enough of all the Kardashian sisters' and their mother's antics? Listen to what Kris told Jay Leno in a recent "The Tonight Show" appearance. Get more Kardashian scoop in Soaps.com's Celebrity News.

Survivor Philippines:
Tom was the latest island dweller voted off and Abi-Maria has emerged as the villain this season. Take a look at what's to come next week on "Survivor."

Mark Wahlberg produces A&E reality show:
He starred in "The Fighter" and now Mark Wahlberg is producing a reality show based on certain character types from the movie. It won't focus on the boxers, but the tough Boston women, much like Micky Ward's (Wahlberg) sisters portrayed in the movie, as they balance work, family and relationships. Filming of the pilot will begin in the next few weeks.

The X Factor exit interviews:
Lyric 145 and Jennel Garcia were eliminated last week, but participated in a phone press conference, which Soaps.com sat in on, to discuss their time on the show.

When asked if the only MCs in the competition thought a hip-hop act could win the reality show, Lyric 145 answered, "I think so because a lot of times people don’t really think about what the show is about and it’s about a lot more than just singing. 'The X Factor' is supposed to be the total package and it’s supposed to be like someone who has everything. So I feel like it could definitely be a singer, it could be a rapper; it could be anything that deals with having that full package and just being an entertainer really. So I think a hip-hop act could definitely win. I think we had a good shot, but unfortunately we weren’t given like a good enough chance to kind of prove ourselves."

Jennel Garcia was asked what coach Demi Lovato told her onstage after the elimination. Garcia answered, "Everything that she told me was very confidential.…relationship with all three of us so everything she said is—when there are no cameras on it’s all very personal and confidential. I don’t really remember what I was saying, but I remember what she saying and I’m going to take that in. I think whatever she was saying is she was right and I really am thankful to have her as a mentor and everything that she’s said has helped me a lot. It’s helped me get through this a lot."

The X Factor premieres will.i.am and Britney Spears video:
The video for will.i.am's "Scream and Shout" featuring "X Factor" judge Britney Spears will make its debut on the November 28 show. The single was released on November 19.

Read what Henry Hereford had to say about working on the Lindsay Lohan movie "Liz & Dick" in Soaps.com's Primetime Dish. Thanksgiving lasts until Sunday in the Hamptons. Watch what's to come in the Soap Opera Fan Revenge spoiler video.