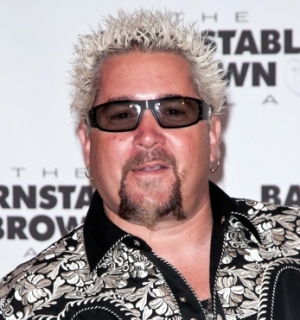 Cancellations, season enders and show renewals are par for the course in reality TV, but this week also brought us a possible returning housewife, a scathing review and someone called Big Sexy. Take a look at what’s going on in the world of reality TV.

America’s Best Dance Crew:
Randy Jackson isn’t just the judge who calls people “Dawg” and “pitchy” on “American Idol.” He also produced “America’s Best Dance Crew” on MTV. But while Jackson remains the mainstay in the otherwise revolving door of judges on the long running singing competition, the dance reality show is another story. It has been canceled after seven seasons.

The Bachelor:
He didn’t find the love of his life on the dating show, but Ben Flajnik isn’t done with reality TV. Flajnik is reportedly working on a series about his wine business Envolve. Nothing is official yet, but if all goes well, viewers will watch Flajnki as he navigates wine-making along with his family and friends. Is this something you’d watch?

In other “Bachelor” news, Jake Pavelka could be romancing someone off screen, but who is still in the spotlight, naturally. He is said to be dating actress Kristin Chenoweth (“GCB,” “Glee”). The surprising pair was reportedly spotted holding hands during a lunch date.

The Bachelorette:
Emily and Jef might not have had their happily ever after off screen, but not all TV couples are doomed. Former 2011 “Bachelorette” Ashley Hebert is marring her chosen one J.P. Rosenbaum. Since they met on TV it seems fitting that they will also get married on TV. The couple will exchange vows in front of their closest friends and family and millions of TV viewers. “The Bachelorette: Ashley and J.P.’s Wedding” will air on ABC December 16 with none other than reality show host Chris Harrison officiating. How can their marriage not last under those circumstances?

Big Texas Heat:
The CMT series follows the on and off duty escapades of the small town Trinity, Texas police department. As for how they adjusted to cameras following them around 24/7, rookie Officer Morales said, “I agree with Chief about forgetting about the cameras. However, I never forgot about them. I was always trying to be a camera hog and kind of step in there even if I was in the background because I like being looked at. But having the cameras, especially they were here a little over 2.5 months plus I’m telling you that…couldn’t have sent a better production crew. The camera guys, the sound guys, the PAs, the producers all those guys they became really part of us and they became a great group of friends. We’re in contact with them now. We have our moments with them. We’re texting them. They text back with us even though some of them are out in California or wherever they live, but we’ve created a lot of really great friends, and with them sending a great crew like that it really helped us to be more natural and more who we really are.”

If you missed the premiere last week, meet the cast, including an officer nicknamed Big Sexy, in the clip below.

Couples Therapy:
Teen bride and VH1 reality show star Courtney Stodden was all set to debut as a singer at the West Hollywood gay bar the Abbey. Sadly for her, but perhaps a bonus for the unsuspecting crowd, her appearance was canceled. The bar says she wasn’t a good fit, but Stodden’s mom thinks the press and controversy surrounding her daughter caused the club to change their mind. Whatever the reason, we’re going to assume it’s for the best.

Dancing With The Stars:
Soccer star and former celeb dancer Hope Solo had a pre-wedding altercation with then fiancé/now husband and former NFL tight end Jerramy Stevens. Read more about it in Soaps.com’s Celebrity News.

Married To Jonas:
More tales from Kevin Jonas and his bride Danielle will be told on E! as the series has been picked up for a second season. When season two premieres next spring, viewers will watch as Kevin and the Jonas Brothers work on their new album and go on tour. Danielle won’t be left home to worry about Kevin’s on the road antics, as she will keep herself busy by starting her own business back home in New Jersey.

The Next Food Network Star:
Season Two winner Guy Fieri recently opened Guy's American Kitchen & Bar in Times Square, but at least one critic was enthusiastically unimpressed by it. The New York Times food critic Pete Wells posed a series of scathing rhetorical questions in his review, wondering, among other things, "Somewhere within the yawning, three-level interior of Guy’s American Kitchen & Bar, is there a long refrigerated tunnel that servers have to pass through to make sure that the French fries, already limp and oil-sogged, are also served cold?" Fieri, who also hosts "Diners, Drive-Ins and Dives," went on the "Today Show" to defend himself, suggesting Wells went "overboard" and that he was just trying to make a name for himself by attacking a non-New Yorker celebrity chef. Whose side are you on?

The Real Housewives of New Jersey:
Danielle Staub has been absent from the last two seasons of the Bravo reality show, but it looks like she might be back for more over-the-top, can't-miss TV. Word is, Bravo offered her a contract to return for the show's fifth season, it if gets picked up. Staub, who is no stranger to catfights and scandal, was fired after the second season. Perhaps Bravo misses the juicy antics she brought to the table.

Survivor: Philippines:
Artis Silvester was the latest contestant to get voted off, but there was some drama happening off screen as well. Dark horse Lisa Whelchel announced on Twitter that she's taken ill, but fortunately it sounds like she'll be okay.

The Real World:
This past August, Joey Kovar was found dead in a friend's Chicago home. The Cook County Medical Examiner recently revealed his death was a result of opiate intoxication. Kovar's death has been ruled an accident. The former "The Real World: Hollywood" star was 29 years old and was also a patient on VH1's "Celebrity Rehab with Dr. Drew," as he sought treatment for substance abuse.

The X Factor:
When Jason Brock was eliminated from "The X Factor" last week, he said he did it "for the gays and Japan." Apparently his boyfriend is Japanese. After his dismissal, he took some time to hold a phone press conference, which Soaps.com sat in on. When asked if he thought his being openly gay had anything to do with his elimination, he responded, "Yes, I think that the gay thing could have had some influence on the voting because I think a lot of America isn’t—I wouldn’t say the majority—there’s a good portion of America that still thinks that being gay is wrong. It’s possible that that could have influenced the votes for me. But, you know, I was prepared for that and I don’t regret at all being me. It’s possible that Simon—I don’t know, I wouldn’t say he didn’t like it but, it’s hard to say what it was he didn’t like about me. I sometimes found it hard to pinpoint. I wonder if that might have been part of it. Who knows?"

Find out where Shirley Jones will pop up in Soaps.com's Primetime Dish and read about the new developments between Emily and Aiden in Soap Opera Fan's Revenge recap.