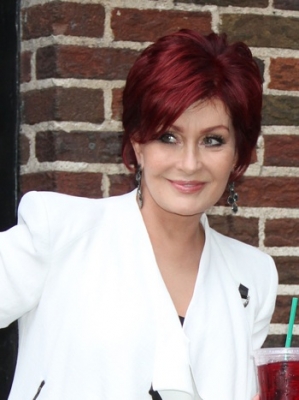 This past week was full of “Survivor” surprises, “The Bachelorette” rumors and the “Jersey Shore” giving back. And since this is reality TV we’re talking about, there were many sad, or welcomed, eliminations, depending on where you stand.

America’s Got Talent:
Sharon Osbourne isn’t returning as a judge next season, so who will take her place? TMZ says Shannen Doherty, Leann Rimes and Carly Simon are real contenders. What do you think? Vote in the poll below.

Read about Osbourne’s decision to have a double mastectomy in Soaps.com’s Celebrity News.

America’s Next Top Model:
This Friday, the girls in the College Edition of the long running model competition are getting in the water and riding horses for a real client, which means the stakes are high. Check out the video promo below for what’s to come in the episode titled “The Girl Who Freaks Out On Horseback.” Unfortunately there is no evidence that happens in the video. You’ll have to watch Friday on The CW to see if the title lives up to its name.

The Bachelorette:
Rumors are flying about the next Bachelorette. In a bit of ABC cross promotion, speculation is high that “Dancing with the Stars” professional dancer Cheryl Burke will be the next single lady looking for love. Word is Burke is taking time off after the current All Star season to seek out other opportunities. Could dating several men at one time in exotic locales on TV be just the thing?

In other news, “The Bachelorette” runner-up Arie Luyendyk Jr. has started dating “The Bachelor” castoff Courtney Robertson, but that’s not the only news he’s making. Apparently, he’s also planning a tell-all book. His manager has reportedly stated he wants to write about this life, but another insider has indicated he could spill all the dirty behind the scenes details of Emily and Jef’s failed TV relationship.

Dancing with the Stars:
No one was eliminated this week on "DWTS," but there was plenty of drama to be had off screen.

Host Brooke Burke-Charvet went on YouTube to share the news that she has thyroid cancer. She revealed that a tiny nodule on her thyroid was detected during a regular physical and was revealed to be cancerous. She remained upbeat and positive about her diagnosis relaying that her doctor told her it was a "good kind of cancer to have."

Meanwhile, All Star contestant Kirstie Alley wrote the tell-all "The Art of Men." While publicizing it, she went on "Entertainment Tonight" to tease her almost romance with former "North and South" co-star Patrick Swayze. As she tells it, the two developed intense feelings for each other on the set, but since they were both married to other people at the time, they never took things further. More on that relationship, John Travolta and more is detailed in the book on stands now.

Finally, one of the professional dancers is hitting a Daytime drama. Read more at Val Chmerkovskiy to General Hospital.

Duck Dynasty:
This week's episode of the A&E reality show about a Louisiana family who has made their fortune on duck call makers was the most watched TV show on cable Wednesday night. Are you watching? If not, get acquainted with the family in the video below, which is a colorful compilation of their "catch phrases."

Jersey Shore:
The cast of "Jersey Shore" is lending a helping hand to their Hurricane Sandy ravaged reality TV home. MTV is partnering with Architecture for Humanity for the "Restore the Shore" benefit that will help rebuild the Seaside Heights boardwalk and support area businesses and residents. The special, featuring additional guest stars, will air live from MTV's Times Square studio on November 15.

Survivor: Philippines:
This week saw sudden alliances, unused hidden immunity idols and bold moves from dark horse /former 80s star Lisa Whelchel. In the end, it was former MLB player Jeff Kent who was booted off the island. Jeff Probst called this week's Tribal Council the most entertaining he's ever witnessed. Take a look for yourself and let us know if you agree in the comments below.

The X Factor:
This week's show welcomed One Direction, who found fame on the U.K. version of the show, as they performed "Live While We're Young" and "Little Things." While that might have been a highlight, the evening turned into a bummer for the first contestant of season 2 to go home. That turned out to be Jason Brock. Did you agree with the results?

Read about "Fringe's" final season in Soaps.com's Primetime Dish and "The Young and the Restless'" Michael Graziadei on The Mob Doctor on Soap Opera Fan.