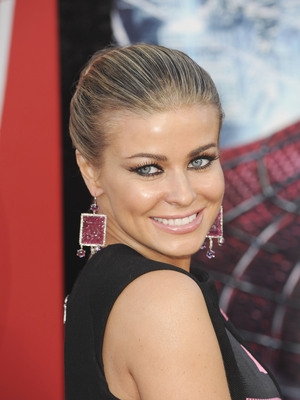 There is a lot set to take place in Primetime television during the week of November 12, as well as a few scoops for before and after. This week’s Primetime Dish column highlights episode teasers, casting scoops, cancellations, a special “Harry Potter” marathon, and one actor who dropped out of a leading pilot role…

Arrow:
In the CW’s Wednesday November 14 8:00 PM episode titled “Legacies” an off-duty police officer is seriously wounded during a bank robbery. Diggle gives Oliver a warning. Things get awkward between Tommy and Thea, and Moira confronts Oliver about his recent disappearances.

Beauty And The Beast:
In Thursday’s November 15 CW 9:00 PM episode titled “Worth” Catherine has an idea as to why Vincent stood her up and later finds herself torn between two men.

Bones:
Soaps.com sat in during a conference call with the FOX series’ Executive Producers Hart Hanson and Stephen Nathan. When asked about plans for Angela, Hanson responded, “We have no plans to move Michaela [Conlin] off the show. Angela, this is her season to start to think that her life was meant to be bigger than just recreating crimes and living in a life of murder. She’s feeling antsy, but I’m very speedy to say we have no plans to diminish Michaela’s involvement in the show.”

If you’re wondering how they’re going to keep the tension between Booth and Brennan going, now that they’re back together and have a baby, Nathan stated, “I think what we’ve done this season, hopefully, is kind of give them stories that are overwhelming emotionally so we see how they react as a couple, so that we see how their relationship is tested. We’re doing that by keeping Pelant alive, by adding somebody to their household, which will happen soon, and also really putting themselves in situations that neither of them ever expected themselves to be in.”

Burn Notice:
Renewal! The USA Network has picked up its longest running original series for another season. Look for the second half of season six to return on Thursday November 8 at 9:00 PM – with season seven to follow in 2013.

Dragons: Gift Of The Night:
Holiday special! On Monday December 17 at 8:00 PM FOX will air the holiday special based on the DreamWorks Animation film franchise “How To Train Your Dragon.”

Emily Owens, M.D:
It’s all about asking for what you want in the CW’s November 13 9:00 PM episode titled “Emily And… The Predator.” Tuesday Episode Teasers: Emily and Micah discover their patient needs an immediate kidney transplant. However, the woman refuses to accept the kidney, and Cassandra doesn’t mind playing dirty in order to get what she wants. Watch a preview below.

Fairly Legal:
Cancellation. The USA Network has decided not to bring its series back for a third season. Though improvements were made to better the show during the first and season seasons the network didn’t feel they were enough to carry the series further.

Fringe:
The FOX series will air its fifth and final season on Friday January 18 from 8:00 PM to 10:00 PM, which will also mark its 100th episode. Of the show’s run Co-Creator and Executive Producer J.J. Abrams stated, “It has been an absolute honor to have been a part of the weird and wonderful world of ‘Fringe’. I will always owe the cast and crew for pouring their hearts and souls into every dimension of this series. Creating the show with Bob Orci and Alex Kurtzman was a joy, but watching it evolve over the years into such an imaginative, insane and heartbreaking ride is nothing less than a thrill. I am grateful to our blessed fans, and to Kevin Reilly and Peter Rice and everyone at the glorious Fox network for allowing ‘Fringe’ to reach its bittersweet conclusion.”

Gossip Girl:
The truth is in high demand in the CW's November 12 9:00 PM episode titled "Monstrous Ball." Monday Episode Teasers: Blair is determined to remedy Waldorf Designs’ problems but a shocking revelation at the ball affects everyone. Serena discovers why Steve has an attitude toward her. Chuck finds an unlikely ally while trying to expose his father’s secret, and Dan's article publication causes an unexpected effect. Featured in this episode will be tracks from Frank Ocean's album Channel Orange, including "Thinkin Bout You," "Lost," "Super Rich Kids," "Pyramids" and "Sweet Life."

Hart Of Dixie:
Kelen Coleman ("Newsroom") guest stars in the CW's November 13 8:00 PM episode titled "I Walk The Line." Tuesday Episode Teasers: Lavon and Ruby are tied in the polls. George and Wade try to gain some last-minute votes, and Zoe and Magnolia worry about why Brick has been so grouchy.

Hunted:
In Cinemax's Friday November 16 10:00 PM episode titled "Ambassadors" Sam sees a familiar face in her hospital room - one who promises to be an ally. When this person divulges a secret, Sam takes action.

Legends:
Though Brendan Fraser was set to play the lead of Martin Odum in the TNT pilot, he has walked away from the role. Allegedly the actor and Executive Producer Howard Gordon couldn't make their creative ends meet in regards to the character. Soaps.com will keep readers posted on the recast.

Modern Family:
Gloria's (Sofia Vergara) mother, Pilar, will be played by Elizabeth Peña ("Off The Map"). Her sister, Sofia, will be played by Stephanie Beatriz ("The Closer"). Both women began taping Monday and will appear in episode twelve titled ''Fulgencio."

Nashville:
Daniel Buran ("True Blood") will appear in a recurring role on the ABC series as a rockstar named Cy. Tune in Wednesdays at 10:00 PM.

Nikita:
The CW series will be pre-empted on Friday November 16 at 9:00 PM.

Political Animals:
It looks as though the USA Network's miniseries will be just that. The network has decided not to add it to its lineup as a regular series.

Revenge:
Find out what's set to happen in Sunday's episode through this Revenge Weekly Spoiler Video: Exposure. If you miss it, we post recaps right after the show airs.

Spartacus War Of The Damned:
The final chapter/season of the much anticipated Starz original series will premiere on Friday January 25, 2013. Take a look at what's to come below. Please Note: The video contains profane content. Viewer discretion is advised.

Supernatural:
In the CW's Wednesday November 14 9:00 PM episode titled "A Little Slice Of Kevin" Sam and Dean are shocked when Castiel appears back on Earth with no memory of his escape from Purgatory, and a witch is asked to concoct a demon bomb.

If it's strictly spoilers you're looking for view our Primetime TV Listings to find out what Jane finds while searching for Nona’s missing grandmother on "666 Park Avenue" then view our Revenge Recap: Illusion if you missed last Sunday's episode.