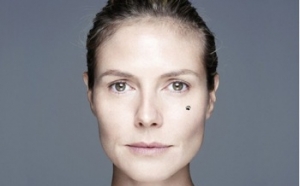 This past week, reality TV featured a surprising elimination, a couple of premiere announcements, a wardrobe malfunction and a Simon Cowell interview. We also learned that reality TV stars aren’t completely self centered as a few are stepping up for good causes.

Face Off:
Syfy's season finale of "Face Off" aired live on Halloween night. For the first time, the winner was based on viewer votes. Nicole earned that honor and walked away with $100,000, a new Toyota and a chance to be a guest lecturer at the Makeup Forever academies in New York and Paris. The win was a bit controversial though, considering the makeup artist was actually eliminated earlier in the season only to be brought back. Did you agree with the outcome?

Keeping up with the Kardashians:
She might actually be a Jenner, but like her Kardashian sisters, Kendall is looking to expand her horizons beyond the family reality show. On November 12, Kendall will make her acting debut on "Hawaii Five-0." It seems Jenner's character works at a store where she interacts with Detective Danno (Scott Caan). "Hawaii Five-0" airs on CBS at 10:00 PM EST.

Project Runway:
The always perfect looking Heidi Klum has stripped away her makeup. But she didn't partake in a photo shoot sans makeup to prove she's naturally beautiful. She did it for a good cause. As part of the BBC Network's campaign for Children in Need, Klum posed "BearFaced" in pics that will be used to promote the UK charity's fundraiser.

Survivor: Philippines:
The tribes merged this week as the remaining contestants were relocated to a new island, where food and wine greeted them and new alliances were formed. A lot of drama ensued, but it was ultimately RC's turn to go home. Watch the secret scene of Dangrayne coming up with their new team name, which everyone thinks is brilliant, except RC. Maybe that's why she got voted off.

Teen Mom 2:
Like it or not, "Teen Mom 2" is back. The season will premiere on November 12 and feature someone revealing they're pregnant. Again. In addition, someone proposes and someone faces jail. "Season 3 of "Teen Mom 2" will air on MTV at 10:00 PM EST.

The Voice:
Host Christina Aguilera will join the likes of Bruce Springsteen, Billy Joel and Jon Bon Jovi for a telethon benefiting the victims of Hurricane Sandy. The telethon will air November 2 from 8:00 PM – 9:00 PM EST on NBC, NBCU, E!, CNBC, MSNBC, Style, Syfy and G4. The concert will broadcast live from NBC's 30 Rock studios in New York and be streamed on NBC.com.

The X Factor:
Simon Cowell, who is mentoring the Groups category on "The X Factor," met with press on October 31 to discuss the upcoming season. When asked about new co-host Khloe Kardashian, Cowell said, "I’ve got to tell you, and I don’t know her well, but when she came over to my house the other day, I mean she really has got a fun personality. I think she gets what her role is. I think she’s there to be a voice for the contestants and to have fun with it. When you want to go off script I mean I always think that’s more fun rather than someone just reading off a teleprompter or what we call an auto queue."

As for whether mentoring groups is more difficult than individuals, the "X Factor" judge said, "The funny thing is it just takes a while for the public to know the individuals because there’s a lot of them. And for some reason, Groups don’t come in with the same level of sort of sob stories as the solo artists. But, like I said, I think that is going to change this year. The difficulty I’ve got with one group, Sister C, is that they find it really difficult to do interviews and they come over as a bit arrogant, but in real life they’re not. They’re actually very sweet girls, but I’ve told them, "If people don’t like you, no matter how well you sing, you’re not going to last long in a competition like this" because there is a likeability factor when you’re on these shows and you’ve got to learn how to do it. You’ve got to show who you really are and hope people like you because as singers, they’re really, really good and I want them to do well. But, that’s the problem. That is a good point to pick up on."

This week was whittled down to twelve. Those eliminated included Willie Jones, David Correy, Diamond White and the aforementioned Sister C.

Read about Khloe Kardashian's wardrobe malfunction during her hosting debut in Soaps.com's Celebrity News and watch the Kelly Monaco video interview where she talks about her health and fitness regimen.