Bobby Brown DUI arrest.
Singer Bobby Brown has been arrested on suspicion of driving under the influence for the second time this year. The beleaguered performer, who was once married to the late Whitney Houston, has battled alcohol for most of his life, even entering a rehab treatment facility in August following his first arrest earlier in March.

Lindsay Lohan continues to make headlines.
As we reported last week, Lindsay took a backseat to her mother Dina Lohan's reported drunken antics This week, Lohan has become a magnet for bold accusations. Scary enough – but even more frightening are the latest allegations that Lohan stole $15,000 worth of clothing from the set of "Scary Movie 5." Sources are suggesting that Lindsay swiped the clothes from her wardrobe rack, speculating that it was payback for the negative character depiction of her character in the movie. While the Lohan camp is reporting that this story is absolute fabrication, it wouldn't be the first time Lohan has been accused of stealing and had to face the music. Expensive jewelery and other clothing have gone missing under her watch before. Unfortunately, if you've been accused once…

LeAnn Rimes' 30 days of healing.
With the scandal that followed after hooking up with actor Eddie Cibrian (when the two were married to other people), LeAnn Rimes has been consistently plagued by bullying on social media. But despite getting divorced and later getting hitched to each other in 2011, Rimes reportedly has had to fight her guilt over their extramarital affair and her insecurities that Cibrian would cheat on her. The 30 year old singer, who recently checked out of a 30-day rehab program for stress and anxiety, sat down with journalist Katie Couric in a special edition of "20/20" titled "All Access Nashville." In her first interview since rehab, the country crooner talks about her healing and the effects of public perception, saying she is now ready to start over. The interview will air Friday October 26 on ABC at 9:00 PM.

Russell Crowe plays patri-ark?
Actor Russell Crowe is hot, hot, hot – in demand these days. The "Gladiator" star was recently spotted sporting a raw, greyish, ungroomed look on the set of Darren Aronofsky's biblical epic "Noah" in which he plays the title role. While his personal relationship with wife Danielle Spencer is splintering apart, Crowe is keeping a tight work calendar and staying busy no doubt to promote his latest project, RZA's kung-fu action flick "The Man with the Iron Fist," and prepping for the upcoming Christmas release of the musical "Les Misérables," in which he shows off his singing talent. Look out for Crowe to play another famous patriarch – Jor-El, in the Superman reboot, "Man of Steel," directed by Zach Snyder, due out next year.

James Franco is not dating Ashley Benson.
Actor James Franco has taken to penning his frustration in The Huffington Post about rumored romances with his "Spring Breakers" co-stars. The latest gossip is that he's been getting hot 'n heavy with actress Ashley Benson (Hanna Marin, "Pretty Little Liars;" "Days of our Lives'" ex- Abby), who was photographed with the actor holding hands in Los Angeles. Franco says he's been linked to Selena Gomez and Kristen Stewart – all totally, unequivocally false! Check out what Benson’s character, Hanna was up to in the closet with Caleb in this week's Pretty Little Liars Recap.

Rumer and Demi forgive and forget?
A tearful reunion for Rumer Willis and her mother, actress Demi Moore was said to be negotiated by Willis's boyfriend and now, peacekeeper, Jayson Blair ("The New Normal"). Both mother and daughter are reportedly back on speaking terms after Moore's breakdown following her split form actor Ashton Kutcher ("Two and A Half Men"). Sources say that daughters Tallulah and Scout also kept a distance from their mother for a time, while staying in touch with Kutcher, but have also now patched things up.

New house keys for Alicia?
Less than half the asking price! That’s what musician Alicia Keys reportedly paid for Eddie Murphy's New Jersey luxury home. On the market since 2004, Murphy reportedly paid $3.5 million for the estate in 1995; he once shared with his ex-wife and children. He later added more square footage to the property. With 32 rooms, eight of which are bedrooms, a large outdoor pool, a generous guest house, bowling alley and custom toddler fun space – Keys, her husband Swizz Beatz and their son Egypt are expected to move in once the supposed deal closes with the realtor.

Tom Cruise sues!
Now they know: Don’t mess with the most important role in Tom Cruise life – father. The actor has taken allegations that he abandoned his daughter Suri, 6, made by Life&Style and InTouch magazines so seriously that he is seeking compensation for invasion of privacy and defamation. Through his lawyer, Bert Fields, the 50-year-old actor has launched a $50 million lawsuit against the publishing house, Bauer Publishing. Since his divorce from ex-Katie Holmes, Cruise personal life has faced increased speculation that culminated in the contentious abandonment claims on the covers of both magazines.

Nicole Richie guest stars on a special Halloween episode of "The New Normal." Check it out in Primetime Dish. 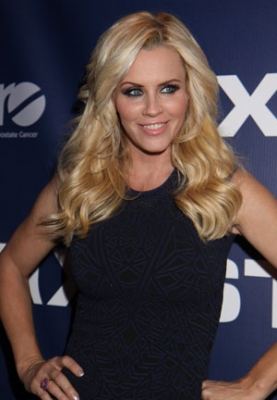 A Simpson divorce, Tom Cruise’s cover drama and Bobby Brown’s driving under the influence again in this week’s Celebrity Gossip.

Michelle Williams and Jason Segel under one roof.
We smell something permanent here…Actors and happy Hollywood couple, Michelle Williams and Jason Segel (“How I Met Your Mother”) will reportedly be sharing a Manhattan loft in a bold move that will surely be seen as a sign their relationship is stronger than ever. The converted warehouse boasts an impressive skyline view and is a far cry from the brownstone that Williams once shared with the late actor Heath Ledger and their daughter Matilda.

It’s a Jesstin Timberlake wedding!
What costs $6.5 million dollars, lasts for one week, involves a private jet, and two celebrities ready to say “I do!” in Southern Italy? It’s the remarkably private wedding for Justin Timberlake and Jessica Biel. While the total costs of the ceremonial festivities are being speculated, the the happy couple was reportedly gushing about their beautiful day which was attended by close family and friends. Highlights included Biel’s exquisite pink, haute couture wedding gown designed by Giambattista Valli and Timberlake, wearing a Tom Ford suit, serenading his new bride with an exclusive song from his upcoming album. Lowlights involved speculation that former ‘NSYNC band members Lance Bass and Joey Fatone were not invited to the nuptials, as well as a reportedly controversial wedding gift video, featuring homeless people wishing the two well.

Ask Jenny McCarthy how to bring sexy back.
A little alcohol and racy porn will do wonders for a stale monogamous or long-term relationship says Jenny McCarthy in her new blog for The Chicago Sun-Times. The actress, author and former Playmate offers advice to those who suffer from sexual boredom in the bedroom – an affliction that she admits plagues her too as a ‘serial monogamist.’ Hmm? We wonder who she’s talking about? McCarthy adds that your relationship sex rescue kit should also include some lube and a trip to Las Vegas to unwind and reignite the zoom-zoom between you and your partner. If all else fails, try a little fantasy.

P. Diddy rattled by car accident.
It was a close call for rapper P. Diddy, when the vehicle he was a passenger in – a Cadillac Escalade – collided with another vehicle attempting to make a left turn in front of the Beverly Hills Hotel. The black SUV sustained damage to the hood which was smashed in. According to TMZ, neither P. Diddy, his driver nor the other vehicle’s passenger(s) were seriously hurt enough to be taken to the hospital, but they did complain of pain later. Diddy was [allegedly so rattled by the accident; he had to take a breather and went to lie down on the grass.

Pink and lean.
Singer Pink (aka Alecia Moore) has always made a statement by simply being herself – which right now is a busy mom, wife and musician. So with a cover worth a trunk-full of bragging rights, the November issue of Shape magazine spotlights the 33-year old brash and sassy singer, post the birth of her daughter Willow, 55 pounds lighter and, flaunting the female fitness trifecta – toned arms, tight abs and lean thighs.

The Simpsons separate.
Discord, conflict, and a DUI arrest appears to have motivated the filing of a petition for divorce by Jessica Simpson’s mother Tina from the singer’s father Joe after 34 years of marriage. And while the new mom and busy bride-to-be is trying to plan her own union to fiancé, Eric Johnson, rumors are rampant that Simpson’s father, Joe is gay – a claim the family has openly denied. According to The National Enquirer, Joe came out of the closet to his family around two months ago – which is roughly about the same time as his arrest for DUI in Sherman Oaks, California. Despite pleading ‘not guilty,’ the 54-year old could face up to six months in jail, three years’ probation and a $1,000 fine. With her parents’ $4.3-million house on the market, Tina and Joe Simpson maintain the split is amicable, but remain tight-lipped about further details. 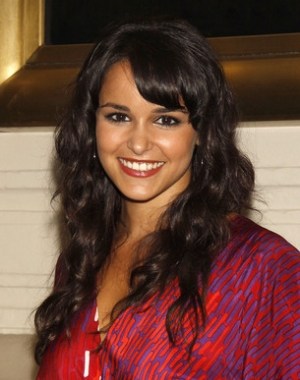 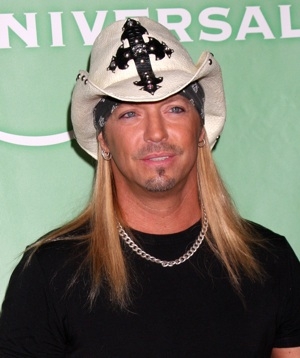