Dancing with the Stars:
Her Rock n Roll dance wasn't particularly kind to Bristol Palin, as although the judges thought she did a decent job, her scores, combined with viewer votes, weren't enough to keep her alive in the competition. Bristol Palin was sent home and will miss dancing with Mark to her guilty pleasures song and performing in the team freestyle next week.

Flavor of Love:
The rapper/reality TV star was arrested this past week for assault with a deadly weapon. Flavor Flav reportedly got into a fight with his fiancée after he accused her of cheating on him. It became violent and then her 17-year-old son got involved. Flav is accused of chasing the teenager with knives. He was booked on felony assault with a deadly weapon and misdemeanor domestic violence. He was released on bail.

Kate Plus Eight:
After her reality show was cancelled, Kate Gosselin started blogging for CouponCabin, but that job has also ended. Apparently, the discount site didn't think she fit in with their vision. Not to worry though, as the mother of eight tweeted about already having something else in the works.

Claiming that she wants to empower women, Hailey Glassman will be featured in an upcoming reality show series titled, "My Life is a Lifetime Movie." You’ll remember Ms. Glassman as the rebound chick for "Jon and Kate Plus 8's" Jon Gosselin after he and ex-wife Kate divorced. The ink on the divorce was barely dry, when Gosselin, then 32 and Glassman, then 22 set out on a very public relationship fraught with equally public spats. Glassman, who is reportedly dating another older man, hopes to set the record straight on the mistaken perception that she may have been Gosselin's mistress.

Project Runway:
The latest season of "Project Runway" ended with four designers presenting at Fashion Week. That was a bit of a twist, but there could still only be one winner and that was Dmitry Sholokhov. It seems all that fretting about his models' hair was for naught, as he impressed the judges with his collection. Do you agree with the outcome? Vote in our poll below.

Shahs of Sunset:
The second season of the series featuring a group of six wealthy Persian-Americans living in Beverly Hills has been renewed for a second season. The Ryan Seacrest produced series will return to Bravo on December 2.

Survivor: Philippines:
Dawson was the latest contestant to get voted off the island. She went out with a bang, as she gave host Jeff Probst a kiss on the lips. Watch the video of her thoughts on Probst and her elimination in the video below.

The X Factor:
Due to the rain delay of the National League Championship Series, the conclusion of the "Judges' Homes" round of "The X Factor" will air on October 23. In the episode, the judges will reveal which four acts in the four categories - teens, young adults, groups and over 25s - will continue on and who has been eliminated.

Season two of the star making reality show is set to premiere on November 1. The series already has new judges in Britney Spears and Demi Lovato and now they've announced two new co-hosts. Looks like last season's host Steve Jones is out and Khloe Kardashian Odom and Mario Lopez (ex-Christian, "The Bold and the Beautiful") are in. The former took to Twitter to share the news.

The rumors are true... I will be hosting @thexfactorusa this season!!! bit.ly/RzxKxD SO excited!

Read which celebrity couple is on the outs in Soaps.com's Celebrity News and watch what's about to go down in the Hamptons in Soap Opera Fan's Revenge Spoiler Video. 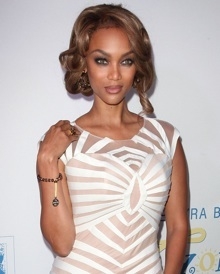 Renewals, winners and moves to Primetime. You can’t avoid them. Reality TV stars are everywhere.

American Idol:
Those hoping to wow America with their vocal stylings can audition online for the 12th season of the singing competition. Until November 4, aspiring reality TV stars can submit a video singing any song a cappella. One submission per 15-28-year-old legal U.S. citizen. The new season will begin in January 2013. For more information, go to American Idol.

Season 11 alum Jessica Sanchez may not have been named America’s Idol, but she has landed a pretty good gig. Look for the runner-up to begin recurring on “Glee” this season. Read more at Jessica Sanchez to Glee.

America’s Next Top Model:
Though she loves the spotlight, Tyra Banks is going behind the scenes for her next project. The reality TV/talk show host has teamed up with her longtime friend Kenya Barris to create a TV comedy about her awkward formative years. Find out more about Tyra Banks’ Fivehead.

As for Banks’ reality show, “America’s Next Top Model” has been green lit for another cycle, which will debut next summer. Cycle 20 of the series will feature male models for the first time ever. The men will live alongside their female competition in the same house. Fans will also have the opportunity to vote via social media, helping to determine who stays and who goes.

The Bachelorette:
Life as “The Bachelor” and “The Bachelorette” isn’t all roses and exotic trips off camera. The couples are breaking up left and right and this week, one more failed relationship can be added to the list. The most recent bachelorette Emily Maynard announced that she and her chosen mate for life Jef Holm aren’t as compatible as they were on TV. Not surprisingly, they’ve broken their engagement. 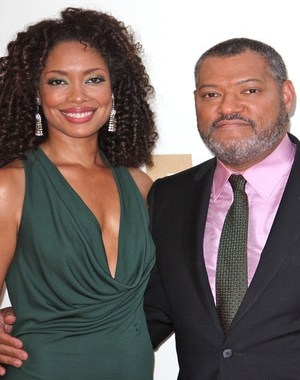 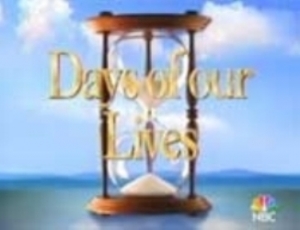