Hollyoaks:
Spoiler alert: Thinking Cindy is pregnant, Tony pops the question. Too bad she's cheating on him with Rhys and not with child. She turns him down, but he remains undeterred and buys the local gym in order to prove he's serious about their future. Cindy softens towards Tony, but Rhys isn't out of the picture just yet.

Dodger has been rocked by the recent revelation that he was adopted. He starts meeting his bio family when he tracks down his father. He then learns his has a twin sister, but she could be more trouble than he expected.

Home and Away:
Spoiler alert: With Leah's love life at a standstill, Natalie and Marilyn encourage newbie Jamie to ask her out. It seems to work as the two end up in a kiss. Sounds like the start of a promising romance for the single mother.

Baby Rocco has had a rough go of it in his young life and things gets worse when he sadly succumbs to SIDS. Understandably, his mother Bianca doesn’t take it well and turns to alcohol to cope. She even goes so far as to ask her baby's father Heath for drugs. While he turns her down, there's someone else willing to give her what she wants.

Watch the first few minutes of today's episode, which might not be available in all areas.

Neighbours:
Spoiler alert: With her mother in town, Vanessa fears she won't approve of her messy love life. So, she does what any pregnant soap character who isn't involved with the father would do. She plans a fake wedding. Except Lucas really loves her. Will Vanessa ever return his feelings?

Susan hires a new deputy editor for the Erinsborough News, but all may not be as it seems. She quickly discovers he lied about his references and was fired from his last position. That plus the fact he's dating the much younger Summer makes her wary of her once promising new hire.

Who wants to keep EJ from his child? Find out in Soaps.com's Soaps Spoiler Digest. What's Emily's next move? Catch up with Soap Opera Fan's Revenge recap. 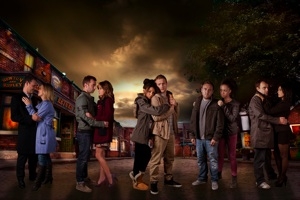 Credit: Will Syed walk the aisle on EastEnders? (BBC)

Affairs and deaths, and deceit, oh, my! It’s all in a week’s worth of British and Australian soap operas.

Coronation Street:
Spoiler alert: This fall could spell trouble for the couples of Weatherfield. While Tommy struggles with the reality of Tina becoming pregnant with Izzy and Gary’s baby, Maria and Marcus’ kiss may not be so easy to dismiss. Meanwhile, Tyronne continues to walk on eggshells around the abusive Kirsty for the sake of their baby and Leanne & Nick and Michelle & Steve could be on shaky ground.

Stella’s had to deal with her mother’s meddling since she’s arrived, but Gloria may push it too far with her next move. With The Rovers up for Pub of the Year, Gloria takes things one step further by turning Stella’s establishment into a B&B. Anyone else think this spells disaster?

EastEnders:
Spoiler alert: Joey Branning may be hanging up his playboy ways as he discovers he’s truly fallen for Lauren. Too bad she’s his cousin.

Speaking of the Branning clan, it seems Derek is on his way out. Word is Joey’s dad could go out in a body bag come Christmas, as his shady past comes back to haunt him.

As Syed and Christian’s wedding day approaches, Syed finally confesses his financial woes to his intended. That’s got to be a load off, but Syed is still wracked with guilt over his secret kiss with Danny. That’s what his dad’s there for, as Masood lets the illicit smooch slip to his soon to be son-in-law. Christian forgives Syed though and promises to be at the altar waiting for him. All that’s standing in their way now is Syed’s cold feet.

Emmerdale:
Spoiler alert: Chas is preparing to marry Dan, but tells Carl she’ll run away with him. However, it’s all a ruse in order to keep Carl quiet regarding her recent affair with Cameron. Can she keep Carl in line and still marry Dan? A worried Cameron doesn’t think so.

A murder mystery is about to unfold on “Emmerdale,” as a body is found. Who is it? And whodunit? 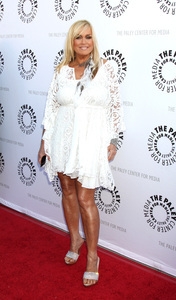