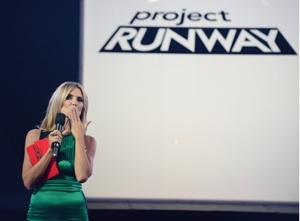 Threats, feuds, hilarious re-enactments and child brides. Reality TV is nothing if not entertaining.

American Idol:
Mariah Carey and Nicki Minaj just signed on as hosts of the popular talent show, but the real headlines are coming from their apparent dislike of each other. It seems the two got into it during the Charlotte, NC audition stop. After disagreeing over a contestant, Minaj reportedly hurled a string of four letter words at Carey, who, sources say, had been needling her foe for hours. Their feud could make for an interesting season, but will their antics be a good or bad thing for the ratings?

Couples Therapy:
Season two premiered on VH1 on October 3. Those looking for help with their relationships, with a side of continued enjoyment in the spotlight mixed in, include Alex McCord & Simon van Kempen (both of “The Real Housewives of New York”), Shayne Lamas (“The Bachelor”) and Nick Richie, rapper Todd “Too Short” Shaw & Monica Payne, R&B singer Joel “JoJo” & Tashaunda “Tiny” Hailey, and Doug Hutchison (“Lost”) & his child bride Courtney Stodden. In case you missed the premiere, watch the train wreck below featuring the gang discussing the uncomfortable relationship between Doug and Courtney.

Dancing with the Stars:
Bristol Palin made it through another week, as Joey Fatone was forced to turn in his dancing shoes, but she still had a tough week. Apparently FBI agents were called in to inspect a package sent to the "DWTS" studios. It reportedly contained white powder and a note threatening the show should Palin remain in the competition. The powder was deemed harmless, but the matter is still under investigation.

Kitchen Nightmares:
Gordon Ramsey will be back to haunt restaurant owners' dreams on October 25. For the FOX reality show, he'll travel to Brooklyn, Boston, Pittsburgh, L.A. and Cleveland to help struggling restaurants stay open with his gentle nurturing advice.

The Real Housewives of New Jersey:
Actors Liam Neeson ("Taken") and Ethan Hawke ("Before the Devil Knows Your Dead") are usually known for their serious movie roles. However, the two unleashed their silly sides when they recently appeared on Bravo's "Watch What Happens Live" and re-enacted a scene between "Real Housewives" Caroline Manzo and Teresa Giudice. Take a look and enjoy the absurdity.

RuPaul's Drag Race:
Sad news in the reality TV world. Former "Drag Race" contestant Sahara Davenport died. Davenport, whose real name was Antoine Ashley, was 27-years-old. A former classical dance student, he performed in gay bars and nightclubs and appeared on "One Live to Live" and A&E's "15 Films About Madonna." Davenport was eliminated in the sixth episode of the second season of the Logo reality show. Host RuPaul shared his thoughts via twitter on his passing.

Shocked & heartbroken over @saharadavenport. Never occurred to me that we'd ever lose one of my girls. I see them as immortal

Survivor Philippines:
Former 80s TV sitcom star Lisa Welchel is hanging in there on "Survivor" as Angie was voted off the island this past week. Watch the video below for Welchel's thoughts on her current strategy.

The X Factor:
With the auditions behind them, the contestants who impressed the judges went on to Miami for a boot camp. While there, they had to perform a solo round. If they were good enough, they went on to become a duo with another contestant and engaged in a sing off with a competing twosome. Before the tough episodes aired earlier this week, judge L.A. Reid spoke with reporters about the upcoming season. When asked if he had any favorites coming out of auditions, he said, "You know what's interesting this year? I have many, many favorites; too many to name. Just watching the show, doing the auditions, we see so many that, honestly, it gets very confusing in my head. Watching the show and watching the contestants, watching the playbacks, so many of them are so good, that I think the competition in Boot Camp is going to be so stiff. I can't predict the outcome because there's so much good talent this year."

Find out who just got married and who had a baby in Soaps.com's Celebrity News and relive all the juicy drama in Soap Opera Fan's Revenge recaps.