Hollyoaks:
Spoiler alert: Nancy goes into premature labor, but thankfully the baby is safely delivered via C-section. However, Nancy and Darren learn their baby might have brain damage, leaving Darren to blame his wife for not taking it easy during her pregnancy. He tries to keep his feelings to himself, but he eventually blows up and asks Nancy for a divorce.

Rhys' lies catch up with him when he tells his wife he's going out with Darren, but he's really meeting up with his lover Cindy. Jacqui learns the truth and confronts him with it, interrupting his latest cover story. What will Rhys have to say for himself?

Home and Away:
Spoiler alert: After all the drama surrounding troubled Brax and his family, Natalie decides it's best if she doesn't see him anymore. It's really no surprise considering she's had to deal with his convict father, a gun showdown and him almost leaving town without consulting her. Girls do like their bad boys though, especially on a soap, so it remains to be seen if their separation will stick.

As for another couple put to the test, Heath and Bianca are faced with possibly losing their baby. The parents are devastated when young Rocco, who was born prematurely, is found unconscious. The fate of the baby is unknown, but since Heath and Rocco started out on shaky ground, who knows how this will affect their relationship.

Take a look at a sneak peek of the October 3 episode where Casey encounters the mystery girl who saved his life in the desert.

Neighbours:
Spoiler alert: Young Summer is heading off the canvas, but not before getting a new love interest. That person comes in the form of older Erinsborough News man Bradley Fox. In a bold move, she gets drunk at the bar and kisses him. Mortified by her actions, she apologizes. Looks like there's no need to feel bad, considering he kisses her back.

Vanessa's mother Francesca is coming to town and is none too pleased to learn her daughter is pregnant and unmarried. Can't imagine she'll be any happier upon learning Vanessa isn't even dating the baby's father, but someone else.

Who bid Salem adieu last week? Keep up with all the American Daytime dramas with Soaps.com's Soap Opera Fan Summaries. Will faux Amanda ruin all of faux Emily's plans this season on "Revenge?" Share your thoughts at Soap Opera Fan's Revenge recap. 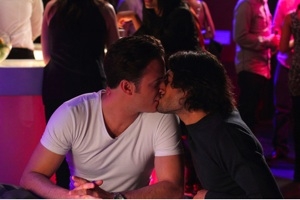 Baby news, secret affairs and lives hanging in the balance is what’s on tap for Australian and British soaps. The locations may be different, but the drama remains the same.

Coronation Street:
Spoiler alert: He’s helped her through her cancer scare the last couple of days and now something more could develop between Marcus and Maria. Having put everything into perspective, Maria, who has been pushing her boyfriend Jason away, admits Marcus is one of the most important people in her life. Despite his being gay, the two lean in for a kiss.

Tracy has been seeing the much younger Ryan lately and while he appears to truly care for her, she seems to only be dating the lad to get under his mother Michelle’s skin. Coming up, she ups the ante by announcing she’s pregnant. The news is sure to send Michelle over the edge, but is Tracy telling the truth?

EastEnders:
Spoiler alert: Young mom Lola has had social services breathing down her neck lately and it’s only going to get worse. The scrappy mother is arrested for assault, which of course doesn’t look good in the government’s eyes. Sadly, her daughter Lexi is taken away.

Syed is engaged to Christian, but he’s keeping his financial issues a secret from him. He’s also been bending newcomer Danny’s ear over his mess, leading up to a kiss. Will Syed’s impulsive action spell disaster for his wedding to Christian?

Emmerdale:
Spoiler alert: Declan’s big music festival is finally here and he’s procured big name acts like The Proclaimers and Scouting For Girls. It’s a big success and Megan and Robbie expect to take home some of the profit. Unfortunately for them, Declan has other ideas.

Jai’s secret love child with Rachel is starting to get out. After Rachel gives him a copy of the scan of their baby, Jai’s father Rishi finds it in his pocket. Jai confesses all. Will Rishi blow his son’s cover with wife Charity? 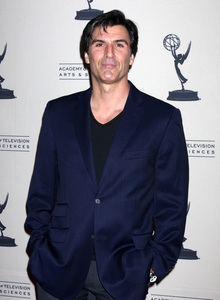