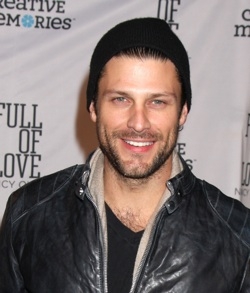 Actors left, actors arrived and actors came back. Things are constantly changing, even in the world of soaps.

The Bold and the Beautiful:
A ghost from the past returned in September, as William deVry reprised the role of the late Storm Logan. Other returns included Jacqueline Hahn as Dr. Caspary, Andrew Collins as Jarrett, Jon Hensley as Dr. Meade and Sean Kanan as Deacon Sharpe. Though it was great to see all the familiar faces again, it was time to say goodbye to one of the core four members of the cast. Find out who bid the fashion world adieu in The Bold and the Beautiful Comings and Goings.

Days of our Lives:
It’s already been reported that Peter Reckell is on his way out as Bo, and now comes word Lisa Rinna is heading off the canvas as well, taking Billie with her. While those exits are pending, September said goodbye to Molly Burnett’s Melanie. However, there is much to look forward to as Greg Vaughan (ex-Lucky, “General Hospital”) has started taping as Eric Brady and Eileen Davidson (ex-Ashley, “The Young and the Restless”) is returning as Kristen Blake. There’s one more return on the horizon. Find out who is on their way back to Salem in the Days of our Lives Comings and Goings.

General Hospital:
September introduced a couple of new characters. There was Teresa Castillo as student nurse Sabrina, Emily Wilson as lab tech Ellie and Kelly Thiebaud as Dr. Britt Westbourne. Fans were thrilled to see Kirsten Storms return as Maxie and to hear Carolyn Hennesy is on her way back as Diane. There was also some sad news though as Steve Burton taped his last day as Jason Morgan and John Ingle appeared for the last time as Edward Quartermaine, as the actor passed away. There is something to look forward to though, as after a fifteen-year absence, a former "GH" actor is on his way back to the canvas. Find out who in the General Hospital Comings and Goings.

The Young and the Restless:
Genoa City faced a lot of upheaval in September. First the goings. Jennifer Landon (Heather), Lindsay Bushman (Summer), Marcy Rylan (Abby), Debbi Morgan (Harmony) and Genie Francis (Genevieve) are all out. Now the comings. Olympian Kerron Clemont will be seen in the background in October, Hunter Haley King will be the recast Summer and James Avery ("Fresh Prince of Bel Air") will show up next month. Finally, the returns. Stacy Haiduk returned as Patty, Yvonne Zima reprised her role as Daisy, Michael Damian came back as Danny and Lauralee Bell popped up as Cricket. There's one more return in the works set for October. Find out who will show their face again in The Young and the Restless Comings and Goings.

Read about the "Dancing with the Stars" All-Star who is slated for a sitcom in Soaps.com's Reality TV Rush and the male celebrity who went with the scruffy, shoeless look on an Emmy party red carpet in Soap Opera Fan's Star Gazing.