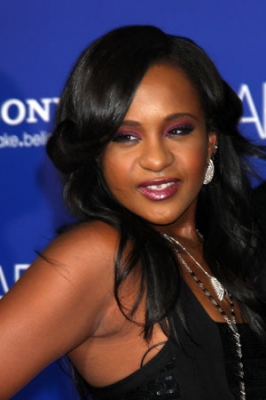 Breaking it down, this week we’ve a few untimely deaths, car accidents, word of a new sex tape circulating, and more.

Singer seeks apology for graffiti photos.
Both Axl Rose and his ex-wife Erin Everly claim the graffiti tagging on Everly’s garage door which reads “Sweet Child O’ Die” was not created by Rose. Everly sent a cease and desist letter to L.A. photographer Laura London, who took the photo of the spray painted garage and is displaying it at a new solo exhibit titled “Once Upon a Time…Axl Rose Was My Neighbor,” at L.A.’s Coagula Curatorial. Confused? Read more about Axl Rose slapping cease and desist on London.

RIP to My Father James Nunya. You passed away yesterday. But The lessons you taught me live on in my heart. Thank you. I love you.

Beyoncé not pregnant.
Rumors started when the singer and actress was spotted in a form fitting animal print dress recently which showed off a curvy belly. Fans were squeeing with anticipation that there’d be a baby sister or brother for Ivy Blue but the singer’s hubby, rapper Jay-Z denied the rumors vehemently on “E! News” to Alicia Quarles.

Herbert Lom dead at 95.
Herbert Lom died Thursday in his sleep in his home in London England, according to his son Alec Lom. The actor was well known for his portrayal of Inspector Clouseau’s unhinged boss Charles Dreyfus in the “Pink Panther” movies but appeared in over a hundred films including “El Cid,” “Spartacus,” “King Solomon’s Mines,” amongst others. Lom is survived three children and seven grandchildren.

Sons Of Anarchy actor murder suspect dead at 28.
Johnny Lewis was found dead in the driveway of his L.A. home September 26 after leaping or falling from the roof of his home during a police chase. Three years ago Lewis was accused of beating and strangling his landlady, 81 year-old Catherine Davis and killing her cat. More recently, in the past ten months the actor was arrested repeatedly and sent to counseling. He is remembered for his parts in “Aliens vs Predator — Requiem,” “The O.C.,” “Boston Public” and of course “Sons Of Anarchy.”

K.D. Lang single again.
According to sources, singer K.D. Lang, who has been in a domestic partnership with Jamie Price for almost two years, and spent nearly nine years with Price, has officially dissolved their relationship. They have waved their rights to partner support and cited irreconcilable differences.

Piers Morgan Bans Kelsey Grammer.
The ban list grows…Along with banning Madonna from his guest list in March of this year, Piers Morgan has now officially banned actor Kelsey Grammer. His reason? Grammer bailed on his scheduled appearance on “Piers Morgan Tonight” a mere moments before the interview was to begin.

Tommy Lee sued.
Drummer for Mötley Crüe is being sued by Los Angeles based engineer Scott King for $400,000, who claims that he approached Tommy Lee in 1991 with the initial design for a drum-roller coaster for Mötley Crüe concerts. King claims Lee stole his idea for the 2011 tour. It’s a wicked cool idea, we admit but how will King prove the idea was his?

Legendary singer passes on.
Andy Williams has passed away at 84, September 26 in his home in Branson, MO after battling bladder cancer for a year. Williams had 18 gold records, three platinum records and was nominated for five Grammy awards. Some of his hits include Canadian Sunset, Butterfly, and Can’t Get Used to Losing You. He was the host of variety show, "The Andy Williams Show" from 1962-1971 and owned the Moon River Theatre in Branson, MO, which he named after his signature song. He is survived by his wife Debbie and his three children, Robert, Noelle, and Christian.

Another celeb, another car accident.
Whitney Houston’s daughter Bobbi Kristina’s boyfriend Nick Gordon was allegedly driving Sunday evening with Bobbi in Alpharetta, GA when an accident happened. The couple allegedly was arguing when Gordon's black 2012 Camaro crashed. His was the only car involved and thankfully there were no signs of injury.

Who doesn’t have a sex tape?
Rapper Kanye West is said to have two sex tapes which are currently being shopped to media outlets – and not by West. West told TMZ he has no idea how the videos were removed from his computer but if they’re released, he has plans to go after those involved with his legal team.

Bynes saga continues.
Actress Amanda Bynes left Los Angles this past weekend, possibly to get away from the ever following paparazzi or to shop but the paparazzi followed her there. She pleaded not guilty to two counts of hit-and-run Thursday, though she was not present for the court appearance in L.A. Her lawyer appeared on her behalf and her next court appearance is slated for October 19.

Lohan plans on suing!
TMZ’s reporting Lindsay Lohan’s plans to sue 34-year-old Jose Rodriguez for defamation. Lohan was arrested and released without bail after supposedly "hitting" the man in the leg outside a Manhattan nightclub. Full story of Lohan driving by Rodriguez with her SUV in the last Celebrity Gossip.

TLC has ordered more episodes of Honey Boo Boo, and three holiday specials for Halloween, Thanksgiving and Christmas. Find out more about this and all the other reality TV shows in our Reality TV Rush.

Find out where we spotted David Beckham, Kelly Monaco, Hayden Penettiere, and Johnny Depp amongst other big names in today's Star Gazing.