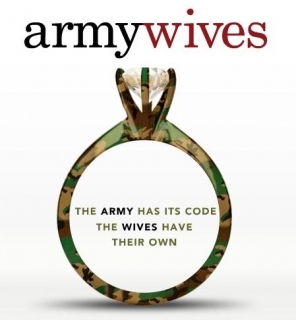 Fans of Primetime TV don’t want to miss what’s set to take place during the week of October 1, as well as a few scoops for before and after. This week’s Primetime Dish column highlights episode teasers, casting scoops, a special concert event, which series just got picked up for a final short season, a few winners from this year’s Primetime Emmy Awards and an interview with a “Revolution” actress…

Army Wives:
Renewal! Lifetime has green-lighted its hit series to bring viewers thirteen more episodes for a seventh season, which will return sometime in 2013.

Boardwalk Empire:
In the Sunday October 7 HBO episode titled “Blue Bell Boy” Nucky and Owen track down a thief then hide from the feds with the precocious perp. Mickey overruling Eli will have consequences for Nucky and Gyp. Margaret comes across a familiar face at the new women’s clinic. In two different cities, while Lucky and Joe haggle over heroin splits, Capone’s feud with O’Banion heats up another notch. Tune in at 10:00 PM.

Dallas:
Audrey Landers is returning to Dallas as Afton Cooper, a role she played from 1981 to 1989. Look for her appearance later in season two, which premieres in January 2013. Did you miss any of season one’s episodes? Catch up through Soaps.com’s Dallas recaps.

Flashpoint:
ION Television will premiere the fifth and final season of the Canadian drama on Tuesday October 16 at 11:00 PM.

Hart Of Dixie:
Season premiere! October 2 marks the CW series return titled “I Fall To Pieces,” which will feature guest stars Golden Brooks (“Girlfriends”) and Charlie Robinson (“Home Improvement,” “Night Court”). 8:00 PM Tuesday Episode Teasers: Zoe has to make a tough decision between George and Wade, which leaves the guys at odds. Zoe becomes friends with a former BlueBell resident named Ruby Jeffries (Brooks), who no one is excited to see. Lemon has a harder time than she thought getting her own apartment and job. While Lemon prepares to return wedding gifts, she finds herself at Zoe’s holding a cake knife. If you miss the premiere it will repeat on Friday October 5 at 9:00 PM.

Hunted:
On Friday October 19 Cinemax will debut its new series starring Melissa George (“The Slap,” “Grey’s Anatomy”) as Sam Hunter. The eight-episode drama will focus on the world of international espionage. “You don’t want to cross Sam,” says Melissa George of her character. “She is still the firm’s best operative, but since the attempt on her life, any trust she had for the firm and her co-workers is gone. That is why she is so determined to go back to work and face her team – she really believes that one of them is behind it. She is a very complicated person and not easy to get to know.”

New Girl:
Actress quote! Soaps.com sat in on a conference call with show star Zooey Deschanel (Jess). When asked if playing a role in a comedy came easy to her – or if she had to work on being funny – Deschanel stated, “I think comedy’s just about being interested in comedy and what makes people laugh and experimenting. I’ve always loved making people laugh and that was in school I a lot of times would play the comic relief character. So, it’s different patterns; something that always pops up. But, I did drama, too. I sort of consider myself a comedic actress, not a comedienne. I think it’s different. You know I’m not a stand-up or anything. But, playing into comedic situations is sort of where, I think, my strength lies.” Tune in to FOX Tuesdays at 9:00 PM.

Raising Hope:
Do you want to have your house cleaned by FOX series regulars Martha Plimpton (Virginia) and Garret Dillahunt (Burt)? Enter the Raising Hope Contest Sweep today! “I’m not a professional house cleaner, but I play one on TV. Won’t it be great to have your home cleaned by someone who pretends to clean every week?” said Plimpton. “And as Virginia would say…no crime scenes, hoarders or cat collectors.” Tune in Tuesday October 2 at 8:00 PM for the season premiere.

Revenge:
Read our Revenge season one recap with a teaser into the season two premiere, which airs Sunday September 30 9:00 PM ABC.

Revolution:
Interview! Daniella Alonso opens up to Soaps.com’s Hollie Deese about the show which she auditioned for in L.A.. After two auditions, she says, "I had a chemistry test with Billy Burke, and before I knew it I was off to Wilmington, NC! We did show the pilot on HULU first and the response has been incredible." For those who haven’t seen the show yet, Alonso details her character: "The show finds Nora as a rebel fighter, so she also has a lot of skill sets. She is a tough chick who can stand toe to toe with anyone. She is also good at blowing things up! But what I love about 'Revolution' is that it shows Nora's back story - where she came from and who she was before the world fell into chaos ... which was a completely different person!"

Was there pressure to find the same success as "Friday Night Lights?" Alonso was asked. "I don't think there is pressure on 'Revolution' to find a cult following like 'FNL' or 'Lost'. We all just want to make a great TV show that we are proud of and that will entertain and move people!" As for what’s to come, Alonso would only say, "I can't give away any plots because everything is so intertwined but what I can say is that I believe every week the shows get better and better! There is always a new journey that keeps me on the edge of my seat as I'm reading the scripts. What I can say is that the people we encounter on this journey are not good or bad- they are just people who were thrown into a horrible situation and true to human nature some can cope and some cannot. But you can catch a real glimpse into what that reality would be like if we did lose all the power in the world." When asked how she’d fair without electricity, Alonso says, "I don't think I'd be able to live without my phone. It's my lifeline to my family and friends and without it I don't know what I would do."

Rizzoli and Isles:
The show returns November 27. Wondering if the new detective will be back? Daniella Alonso tells Soaps.com, "'Rizzoli and Isles' was a blast. Especially since I had a friend from 'The Hills Have Eyes 2', Lee Young, who works on it. Everyone there is so talented and great to work with. I am hooked on that show! I would love to work on it next season but this all depends on 'Revolution'..."

Strike Back:
In Cinemax's Friday October 5 10:00 PM episode Knox comes up with a plan for the nuclear bombs to include African nations plagued by political unrest and unstable militia factions. Stonebridge and Scott escalate a dangerous pursuit. Christy Bryant is confronted by Dalton about the CIA’s dealings, and Hanson finds out Matlock's true motives behind joining Knox.

Supernatural:
Season premiere! The CW series returns with "We Need To Talk About Kevin" on October 3, where Sam and Dean are reunited after a year apart. 9:00 PM Wednesday Episode Teasers: Dean isn't alone when he re-emerges from Purgatory and seeks out Sam. Their reunion isn't what Dean thought it would be, but Sam leaves a life he loves for his brother. Kevin manages to escape Crowley’s grasp and tells Dean and Sam what Crowley wants.

Treme:
Though HBO has renewed the series for a final season, look for season four to be a short one, verses this season three's ten episodes. October 7 10:00 PM Sunday Episode Teasers: Aunt Mimi, Annie and Janette express varying degrees of enthusiasm while committing to new deals. Toni might have found what she's been looking for, and while Terry continues his search, L.P. meets the family of his victim.

USA Network Renewals:
"Covert Affairs," "Royal Pains," and White Collar" have all been picked up for additional seasons.

Veep:
Julia Louis-Dreyfus took home an Emmy for Best Actress in a comedy series for her HBO role as Selina Meyer. Watch the video below of the actress, who talked about a very special guest she brought along to the Emmys with her.

If it's strictly spoilers you're looking for view our Primetime Television Spoilers to find out who is excluded from happy-hour on "Animal Practice" then vote in our Soap opera polls on some of the recent Salem, Port Charles, Los Angeles and Genoa City Daytime storylines.