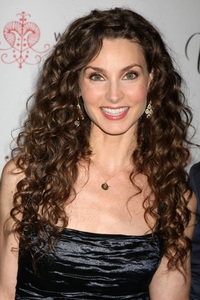 Soaps.com’s September interviews with the stars of Daytime television had a Salem actor talking about his big return, a Port Charles actress reflecting on her current young marriage, and one former Genoa City actor sharing his experience working alongside Lindsay Lohan, not to mention a few “All My Children” actors relaying thoughts on the one year anniversary since the soap was cancelled…

“All My Children’s” Alicia Minshew (ex-Kendall Hart Slater) gave Lori a glimpse into her favorite Pine Valley storyline. “It had humor and then it had very real moments. Who knew we would be a TV couple for so long? It was a highlight of ‘AMC’ for me for sure!” Find out what storyline she’ll never forget – and more from other actors – through our All My Children Anniversary Interviews.

Nick Fallon recently returned to Salem, and in our “Days of our Lives” Interview with Blake Berris the actor explained why Nick didn’t have Chad (Casey Deidrick) arrested for the recent beating. “Oh, I think he is on thin ice. When you are on parole you can’t make a wrong move. I don’t think he wants anybody knowing that he was involved in a fight. Even though he didn’t fight back the he said, she said game starts and he is screwed.”

"General Hospital's" Kristina is a newly married young woman. In our Lindsey Morgan Interview the actress shared with Hollie how it felt to fall into such a big storyline from the get-go. "It was definitely exhilarating. My first day I think I had about 30 pages, and worked the next day and the day after that on just those lines. They delivered my script and I have been on films before and I thought it must be the whole episode but no, it was just me. They totally threw me in, sink or swim, and I definitely learned a lot. It was awesome."

"The Young And The Restless" won't soon forget the affair between Professor Adrian Korbel and his student Colleen Carlton. Hollie recently caught up with the actor who chatted about his Daytime role, his new film, and what it was like to work with Lindsay Lohan. "I had a couple of days on that with Lindsay Lohan as my lover which was very interesting. When I was working with her one-on-one she was really talented. She is an incredible talent and I hope she figures a way to put her past behind her and move forward because she is a dynamic actress." Read more of our Interview with Eyal Podell, which also contains a few Q&As with Podell's co-star Jane Seymour ("Lake Effects").

If you missed them check out Soaps.com's August Interviews, and read our Revenge season one recap with a teaser into the season two premiere.