My moment made possible by early detection is...holding my son for the first time in my arms:) #bestmomentofmylife #GiveHope #GIVEHope

Here Comes Honey Boo Boo:
Will there be a second season of the breakout reality show? The Shannon-Thompson family might continue to grace our screens, but only if Bravo meets their monetary demands. Like many reality show train wrecks before them, they know they're a ratings hit and want to be paid for it.

Living Lohan:
The reality show may be over, but the drama continues. Dina Lohan recently went on "Dr. Phil" and had what you could only describe as a bizarre appearance. After what seemed like a bit of a meltdown, she has called Dr. Phil unprofessional and a bully. A source indicated to Perez Hilton she might now be open to talking to Dr. Drew instead. After that interview, perhaps she should consider going to therapy off camera. Read more about it in Soaps.com's Celebrity News & Gosssip.

The Real Housewives of Beverly Hills:
They may be divorced, but Camille apparently still has an effect on her ex, Kelsey Grammer. It seems the "Boss" star was in the studio preparing to go on Piers Morgan's CNN talk show, but bolted before his segment began. The host tweeted:

So, Kelsey Grammer saw a photo of his ex wife Camille in the open to our show and legged it. Extraordinary. Never had this happen before.

Morgan claims he never intended to question the actor about his ex-wife, but a source told the Huffington Post Grammer had no problem discussing Camille. However, he requested there be no images of her used. Per the source, Grammer was assured it would be removed, so when he saw the pic of her, he bailed. Morgan disputes this.

So You Think You Can Dance:
"Big Brother" wasn't the only reality show to conclude its season this past week. The dancing competition also crowned their winners: Eliana Girard and Chehon Wespi-Tschopp. Girard from Florida, and Wespi-Tschopp from Switzerland, each won $125,000.

Survivor: Philippines:
"Survivor: Philippines" debuted on September 19 with several familiar faces. Not only did the premiere feature returning contestants Michael Skupin and Russell Swan, but also former "Facts of Life" star Lisa Whelchel and retired MLB player Jeff Kent. They all made it through the first week, as Zane was voted off the island. Good thing for Whelchel, who credited being on the show for helping her get through her divorce which happened right before she began taping.

Top Chef: Seattle:
Season 10 of the cooking reality show is heading to the Pacific Northwest. Premiering on November 7, the judges will include Tom Colicchio, Gail Simmons, Hugh Acheson and for the first time, Emeril Lagasse. Of course, Padma Laksmi will return as the host to contestants hailing from New York, California, Washington DC, Las Vegas, Denver and Dallas vying for the title.

The Voice:
Is the magic over already? Perhaps, as Cee Lo Green and Christina Aguilera are not returning for season 4. They say they'll just be taking a season long hiatus, but what if their temporary replacements, the newly pregnant Shakira and Usher, are more fun to watch swiveling around in their chairs? Worse yet, what if audiences enjoy their banter better with Blake and Adam? Only time will tell.

X Factor:
Deangelo Wallace sang Chris Brown's "Without You" in Kansas City, which left the judges less than impressed. They even walked off set, accusing Wallace of not taking the competition seriously. The singer left the studio with his microphone still on and was promptly arrested. He was charged with a misdemeanor and released. He may not have made the cut, but at least he got his 15 minutes of fame.

A former "M*A*S*H" star is headed to "Supernatural." Find out who in Soaps.com's Primetime Dish. Get Penn Badgley's reaction to his ex Blake Lively's recent wedding in Soap Opera Fan's Star Gazing. 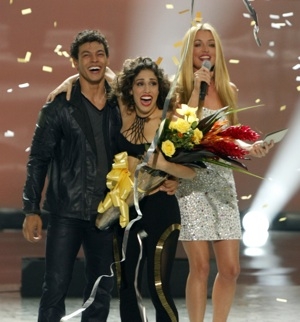 American Idol:
The season 12 judges were announced. Those possibly crushing the dreams of aspiring pop stars will include Mariah Carey, Nicki Minaj and Keith Urban. Of course, the only judge to be on since the beginning, Randy Jackson, will also continue to deliver the pitchy news. And don’t fret, Ryan Seacrest will still be the host when the show returns in January 2013.

Big Brother:
Season 14 came down to Ian and Dan. While Dan did what he had to in order to win, Ian played, what some consider, an above board game and took home the $500,000 prize. Season 15 contestants might want to take note of Ian’s approach, as “Big Brother” has been renewed for next summer.

Dancing with the Stars:
Her sex life has made headlines, but now Pamela Anderson has sworn off sex for the foreseeable future. Per USA Today, the bombshell has vowed to stay celibate during her second quest for the mirror ball trophy. Considering she has been paired up with professional Tristan McManus, we have a feeling his accent, his body or his dance moves will make Anderson think twice about her bold decision.

Giuliana & Bill:
Cancer survivor Giuliana Rancic held a Twitter chat on September 20 to help kick off the P&G GIVE Hope program and the “Do It For the Girls” campaign. Advocating early detection of breast cancer through self breast exams, the new mom tweeted: 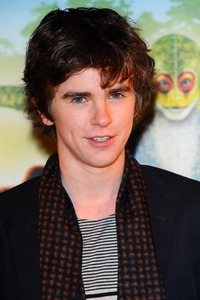 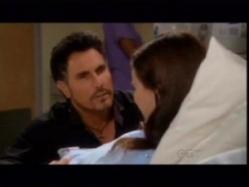