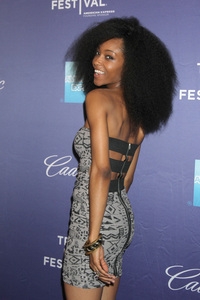 If you’ve been wondering what the former actors from the cancelled soap operas “All My Children,” “As The World Turns,” “Guiding Light,” “One Life To Live,” and “Passions” have been doing these days, Soaps.com has the goods. Though there isn’t always news for actors from certain cancelled soaps, we will never forget Pine Valley, Oakdale, Springfield, Llanview or Harmony, and if you visit our Soap Opera News Rooms, you’ll find these recent top stories…

The actresses who played “All My Children’s” Linda Warner, back in the 80s, and Cassandra Foster are working together in a new film, featuring some political characters. Find out more about Melissa Leo and Yaya DaCosta in The Butler.

“AMC’s” Erica Kane portrayer will be heading back to Daytime today September 19! Please check your local listings for Susan Lucci on Rachael Ray. We also have quotes from the actress on a few of her current projects.

“All My Children’s” Brot Monroe was always helping someone, and the actor is planning to run in a special event for a good cause. Watch this video interview where J.R. Martinez talks about the NYC Marathon.

The actress who played “All My Children’s” Ruth Martin has a new project in the works. Find out more on Lee Meriwether to Hawaii Five-0.

Pine Valley’s Will Cortlandt may no longer be around but the former “AMC” star will be out meeting fans when Patrick Stuart attends the Supernatural Convention.

Did the many recasts of "One Life To Live's" Kevin Buchanan have your head spinning over the years? Find out what the ninth actor to play the popular role is up to these days through Where Are They Now: Kevin Stapleton.

Llanview's Cord Roberts wasn't seen nearly enough in "One Life To Live's" later years. However, fans of the actor will have something to look forward to! Be on the lookout for John Loprieno in Hamlet's Ghost.

Llanview bad boy Vincent Jones caused his fair share of trouble back in the day. Find out what the actor has been up to, and hear what he had to say about his former Daytime role, through this Video Interview with Tobias Truvillion.

Llanview's Phylicia Evans will be remembered for her brash protective nature. Read more about Tonye Patano in The David Dance to hear what new drama will be surrounding her current character.

If you missed which Llanview actor is now a director read our previous After The Soap Finales: Where Are They Now article, then hear about what Lady Gaga was wearing during a recent celebrity sighting through Soap Opera Fan Blog's Star Gazing.