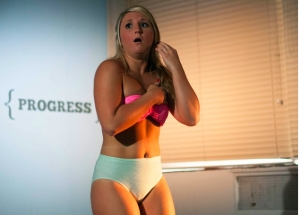 Life threatening car crashes, secrets and sabotages are ahead for UK & Australian soaps. Plus, tangled love lives abound. These are soap operas after all.

Coronation Street:
Spoiler alert: Lloyd catches up with former flame Mandy, who seems hesitant to take a walk down memory lane. And for good reason apparently, as she has been keeping her daughter a secret. After doing the math, Lloyd realizes the girl could be his. But is she, or is his late friend Johnny her true dad?

Gloria’s return continues to rub people the wrong way when she has a catty reaction to learning Gail is the Bistro’s cleaner.

EastEnders:
Spoiler alert: Amira, who left town upon accepting that Syed would never love her, is set to briefly return just as Syed makes his exit. Also on his way out is Syed’s lover Christian. Before they leave though, it seems the couple could be involved in a love triangle with Danny, who is making his way to Walford.

Car crashes seem to be in vogue these days on the UK/Aussie soaps. “EastEnders” is following the trend by leading up to a storyline involving Lauren, who steals her Uncle Derek’s car. It seems Lauren’s cousin Joey will tag along for the ride, putting his life in jeopardy when she loses control and crashes into a local storefront.

Emmerdale:
Spoiler alert: She just recovered from a drinking induced diabetic coma and now Kerry is found passed out after losing her insulin pen. Of course, this happens upon drinking once again after being told she should leave the village for her daughter Amy’s sake. Not a good week for Kerry apparently.

Chas is delighted by her surprise engagement party, but is she really over her ex-lover Cameron?

Hollyoaks:
Spoiler alert: Mean girl Maddie just isn’t letting up. During a fashion showcase, hosted by Esther, Maddie sabotages the PowerPoint presentation with doctored photos. An embarrassed Esther runs from the catwalk, only to make things worse by tripping on her dress, which rips off. Poor Esther, playing right into Maddie’s evil hands.

Callum becomes suspicious of Ally when he finds unopened envelopes in his things addressed to a Dave Burns. He and George do some digging and discover Ally’s questionable past with three women. What will Ally have to say for himself when confronted?

Home and Away:
Spoiler alert: Indi’s inching closer to taking Romeo back, but Romeo is preoccupied with thinking Ruby kissed Casey to make him jealous. Not to mention, Sid warns Romeo about his reunion with his ex, leading him to ask Indi to take things slowly. Meanwhile, Sasha is devastated over Casey’s kiss with Ruby. Off Dex’s suggestion, she decides to tell him how she feels. Love sure is complicated in the Bay.

April thinks she knows best when it comes to Dex’s recovery, but the doctors, concerned about his memory loss, have other ideas. Have a look at what’s to come in the video below, which might not be available in all areas.

Neighbours:
Spoiler alert: When Sonya learns Toadie's boss Charlotte is putting extra pressure on him, she assumes she's interested in him for more than professional reasons. Toadie dismisses the notion, but starts to reconsider when Charlotte sets up a private meeting with him at Charlie's.

After some encouragement from Lou, Lucas sets up a dinner for Vanessa in order to confess his feelings for her. Unfortunately for him, Rhys joins them. Things turn around though when Rhys gets called away to the hospital, but will Lucas take advantage of his alone time with Vanessa?

Now that you're all teased up on UK & Aussie soaps, check out what's going down on American dramas in Soaps.com's Soaps Spoiler Digest. Find out how celebrities spend their down time in Soap Opera Fan's Star Gazing.