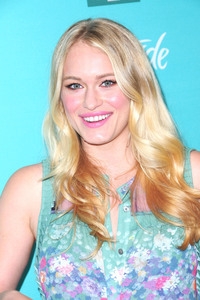 Their characters are gone, but the actors from the cancelled soap operas “All My Children,” “As The World Turns,” and “One Life To Live” are keeping busy these days. We will never forget Pine Valley, Oakdale and Llanview, and if you visit Soaps.com’s Soap Opera News Rooms, you’ll find these recent top stories…

“All My Children’s” Erica Kane never stopped short when it came to interjecting her opinions. If you’ve missed hearing about Pine Valley watch this Susan Lucci Video Interview for that and more.

Caleb Cortlandt won over certain “All My Children” characters, despite what other Pine Valley residents thought of him. Don’t miss the actor in Primetime when Michael Nouri appears on Body Of Proof.

She played an “All My Children” professor named Shambala Stevens and now Tawny Cypress is heading to The Good Wife.

The “AMC” actor who played Damon Miller is taking part in a modern day tale of “Noah And The Ark.” Find out which Hollywood celebrities will join Finn Wittrock in Noah.

Pine Valley Krystal Carey fans take note! The “AMC” actress has had to remove herself from two projects. Details as to why Bobbie Eakes withdraws from Spamalot and Legally Blonde within.

If you like to surf, or to watch surfer movies, and miss seeing “All My Children’s Lily Montgomery be sure to watch Leven Rambin’s Chasing Mavericks Trailer.

It’s been a while since we’ve heard anything from the former “As The World Turns” actors. Fans of Oakdale’s Noah Mayer will have the opportunity to catch Jake Silbermann in Marie Antoinette.

Robert Ford's death rocked Llanview in a big way. Though we've seen the actor turn up in Primetime since, David A. Gregory now directs She Walks In Beauty.

One of the actresses who played Llanview's Dorian Lord sadly passed away. Leave your condolences for Claire Malis Callaway's passing in the comments section.

His "One Life To Live" character, Lee Ramsey, went from a respected FBI Agent to a corrupt cop in a heartbeat. If you're missing the Daytime vet find out more about Hunt Block in Only I.

Llanview's sexy attorney Hugh Hughes met his fate in a fiery crash. Fans who have been keeping track of the actor will be happy to see Josh Casaubon in It's Always Sunny In Philadelphia.

His Llanview character, Oliver Fish, was one half of the popular couple fans branded Kish. Scott Evans will be working alongside some big Hollywood names in 2013's Feed The Dog.

The actor who played "One Life To Live's" Tate Harmon is involved in a new project that's sure to have viewers needing a tissue or two. Find out details for Chris Beetem in Lullaby. As an added bonus, in case you missed it watch Chris Beetem's Royal Pain Video - we have the full episode, which also stars two other Llanview actors!

Even the happiest occasions never had Llanview's Natalie Buchanan Banks doing cartwheels. That's not to say the actress hasn't done a few as of late. Watch Melissa Archer's The Wheeler Video for more.

Though we have no idea what Miles Laurence has been doing since leaving Llanview, read about David Chisum in Birds Of Paradise.

Which Llanview actress will be turning up in a new film playing Kelly Smithson? Read our previous After The Soap Finales: Where Are They Now article, then hear what members of the Kennedy family were doing on the Nantucket Sound during a recent celebrity sighting through Soap Opera Fan Blog's Star Gazing.