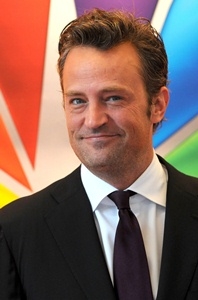 Primetime TV has a couple of comedy pilots airing on NBC this week, a few sneak peeks from CBS on their “CBS Fall Preview” show this Monday September 10, at 8:30 PM, and a number of shows continuing to capture our attention at Soaps.com until the Fall premieres pick up.

Alphas: Gods and Monsters.
Mind-control can be dangerous especially where Parish is involved. Rosen confronts Parish this Monday September 10, at 8:00 PM on SyFy.

Boardwalk Empire: Resolution.
Season 3 opens on New Year’s Eve, 1922. Changes in business leave Nucky on Gyp’s bad side and in Chicago Al Capone is fed up with O’Banion. It seems trouble is brewing everywhere Sunday September 16, at 9:00 PM on HBO.

Boss: Mania.
Kane can hardly tell what is real anymore and he may find himself losing power in government in the wake of corruption sweeps. “Boss” airs Friday September 14, at 9:00 PM on STARZ.

Covert Affairs: Suffragette City.
Someone on the team may be hiding something that could affect another’s life this Tuesday September 11, at 10:00 PM on USA.

Glee: The New Rachel.
In the Season 4 opener, Rachel is welcomed to NYC where attending NYADA she meets someone and back at McKinley we wait for new recruits to audition Thursday September 13, at 9:00 PM on FOX. If you missed any of last season catch up through Soaps.com’s Glee Weekly Recaps.

Go On: He Got Game, She Got Cats.
Ryan continues to put his life back together after losing his wife Tuesday September 11, at 9:00 PM on NBC. This new comedy is worth a look.

Guys With Kids: Pilot Episode.
Hopefully this show will be “Everybody Loves Raymond” x3. If it isn’t most wives will find humor at home without this show. Judge for yourself Wednesday September 12, at 10:00 PM on NBC.

Hell on Wheels: Purged Away With Blood.
Durant tries to keep the railroad from its future demise after fighting to save his own life and Cullen helps out an old friend Sunday September 16, at 9:00 PM on AMC.

Leverage: The Rundown Job and The Frame-Up Job.
This coming weekend watch two episodes of “Leverage” back-to-back Sunday September 16, at 9:00 PM on TNT. If they can save Washington, D.C. from a terrorist plot in one episode, can they save Sophie from accusations of art theft in the next?

Parenthood: Family Portrait.
The much anticipated return of "Parenthood" starts September 11, at 10:00 PM on NBC. Family dynamics change this year with Haddie leaving for college. Julia and Joel need to come to grips with their adopted son’s behavioral issues.

Perception: Shadow.
The two part Season 1 finale begins with a conspiracy theory confusing matters over the murder of a state senator. Pierce finds no help from the people he is supposed to trust. 'Shadow' Part 1 airs Monday September 10, at 10:00 PM on TNT.

Royal Pains: Something Fishy This Way Comes.
Hank and Harper develop their relationship while Paige is still working out things after learning about the family secret Wednesday September 12, at 9:00 PM on USA.

Sons of Anarchy: Sovereign.
It’s the fifth-season premiere and there is trouble brewing in Charming Tuesday September 11, at 10:00 PM on FX. Let’s see if the resolved power struggle between Clay and Jax is temporary.

Strike Back:
Revenge meets Craig Hanson in Cape Town, Scott hooks up with an agent following their case with different directives and Knox and Evans meet at a private installation Friday September 14, at 10:00 PM on Cinemax.

Switched at Birth: The Intruder.
There is trouble between Regina and Angelo and Bay meets a fellow street artist with more to him than meets the eye on Monday September 10, at 8:00 PM on ABCFAM.

Touched: The Road Not Taken.
A special all-new bonus episode airs Friday September 14, at 8:00 PM on FOX. Martin has mysterious car trouble in a town he has roots in. He might lose an old friend in his search for the truth.

Warehouse 13: Endless Monsters.
A drug company that has a height-altering pill has to deal with Pete and Myka. Brother Adrian can expect visitors while in hiding Monday September 10, at 9:00 PM on SyFy.

Weeds: It’s Time.
It’s time for a one-hour season finale Sunday September 16, at 10:00 PM on Showtime. There are a lot of relationships to be resolved so we aren’t sure who will find love…but there is more than one candidate in the running for a happy ending this season.

White Collar: Gloves Off.
It is boxing of the elite this week as Peter and Neal have ringside seats for a white-collar boxing ring. How else would a Wall Street trader get insider information? Watch September 11, at 9:00 PM on USA to find out.

If you are missing your summer shows already or waiting for shows to return to Primetime, visit the Primetime Dish for up-to-date scoops, including what happened to "Saving Hope." Find out who was seen from the East Coast to the West Coast on Soap Opera Fan’s Star Gazing.

CBS Daytime Actresses On The Talk